Football BTTS Acca Tips: 12/1 four-fold on the menu this Saturday 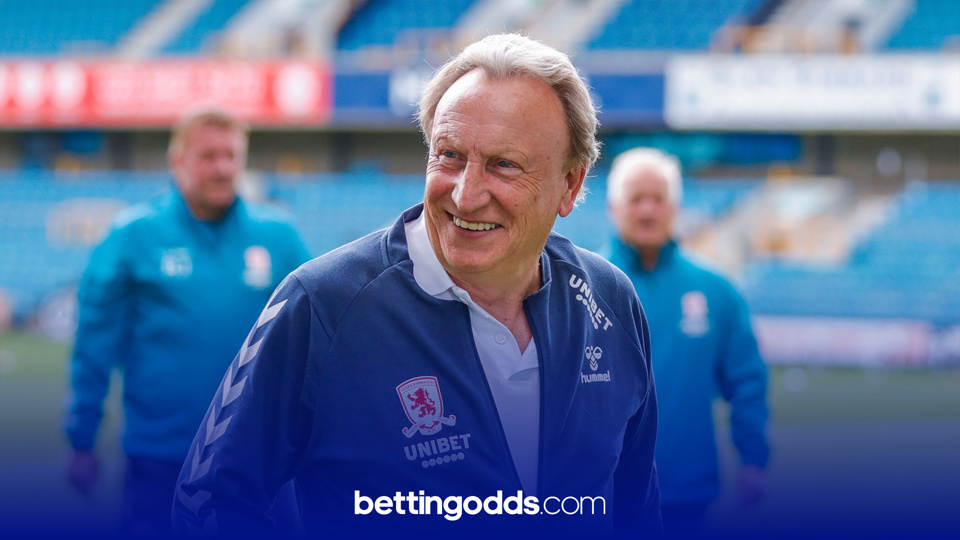 Most teams in the Football League just have three or four games remaining and there’s a full card of fixtures on Saturday afternoon for the Championship, League One and League Two. @AnthonyEadson is providing our both teams to score football tips this weekend and has cast his eye over the fixtures and has four he likes the look of.

This week's selections all kick off at 3pm Saturday and pay 12/1 as a four-fold. It’s also worth pointing out that we will receive a 10% bonus on our winnings, should both teams find the net in all four games. You can read more about the soccer accumulator bonus that bet365 offers here.

Middlesbrough’s hopes of making the playoffs this season drifted away at the start of the month and Neil Warnock’s side sit tenth in the table on 60 points. Boro’s form has not been brilliant over recent weeks but they put an end to their five game winless run in midweek with a 2-1 away win over relegation threatened Rotherham.

Middlesbrough take on Sheffield Wednesday this weekend and will fancy themselves at home against the side with the worst away record in the division this campaign. Wednesday could have been relegated on Tuesday evening had results gone against them but they pulled out a 1-0 win over Blackburn. A result is a must here for The Owls and if Derby better their result they could be relegated to the third tier this weekend.

It’s first against fourth in League One in Lincolnshire on Saturday as the Imps take on league leaders Hull. Michael Appleton’s side have managed to put some results together just at the right time after a tricky last few months. It’s three wins in a row for Lincoln and they now sit six points inside the playoffs with still a small chance of automatic promotion. The hosts have scored in 14 of their last 15 games and I’m expecting a good game between two of the best sides in the league.

Hull can be promoted on Saturday if they beat Lincoln and other results go their way. Grant McCann has done an excellent job at the Tigers this season and they look destined to be in the Championship next term, sitting nine points clear of third place Sunderland. The East Yorkshiremen are unbeaten in 12 league outings, however both teams to score has landed in five of their last seven and it would be no surprise a repeat against Lincoln.

Remaining in League One and at the opposite end of the table Swindon are on the brink of relegation to the English fourth tier should they not manage a win away at MK Dons and other results go their way. It’s been a poor season for the Robins but a 3-1 home win against play-off hopefuls Portsmouth meant that they were not relegated in midweek. Both teams have found the net in four of Swindon’s last five and this is simply a must win game against MK.

Swindon in fact have the best BTTS record in the road in League One this term with it landing in an impressive 67% of their fixtures. Only four sides possess a higher both teams to score rate than MK Dons this season and all things considered I think we’ll see a high scoring game in Buckinghamshire.

Scunthorpe versus Walsall is the final fixture is this 12/1 four-fold and the visitors have seen BTTS land more times in their away matches than any other side in England’s top four tiers this season. Walsall have seen 15 of their 21 league games on the road give both teams to score backers a win this term. United are winless in five but have managed to find the net against high flying Morecambe and Forest Green in two of their most recent fixtures.

Best of luck to those following the selections this Saturday. As always, please gamble responsibly.