Football BTTS ACCA Tips: A tasty 7/1 four-fold to see you through the international break 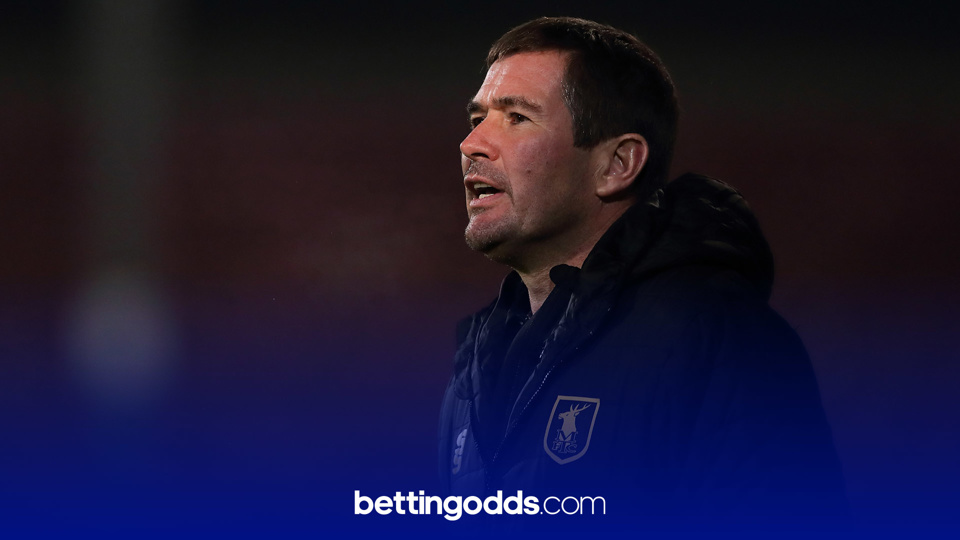 With no Premier League or Championship football for us to feast on due to the international break, I’ve delved into the EFL and National League to try and snaffle out some BTTS value for your Saturday afternoon accumulators.

The first of my four football betting predictions comes in the shape of Shrewsbury and Swindon to both find the net in their bout at Montgomery Waters Meadow. 11 of the visitors’ nine matches this season have ended in both teams scoring, while Swindon - who are currently managerless after Richie Wellens departed for Salford last week - have seen a BTTS scoreline in six of their nine league games this term. I’m expecting a repeat in this one; the pair kick off my BTTS acca for this weekend’s action.

Next up it’s Nigel Clough’s new side Mansfield against Forest Green. The Stags have struggled so far this term and currently sit third from bottom in League Two, but they are the highest ranked side when it comes to BTTS in the fourth-tier with eight of their 11 games seeing both sides find the net. Their opponents this weekend sit pretty in third as things stand and have had no issues in scoring, netting 15 goals in their 11 outings in 2020-21. I see them finding some joy one home turf, though am confident in Mansfield's ability to improve on their pretty healthy tally of 10 goals in Gloucestershire.

Sticking with League Two and it’s up to Yorkshire we go, as Harrogate host Crawley Town. The Sussex outfit are the division’s third-highest scorers with 17 goals in 11 games and on Saturday afternoon played out an 11-goal thriller against non-league Torquay in the FA Cup, edging the affair 6-5! While scoring six is impressive, shipping five to a side who sit in the division below them is poor and suggests some defensive frailties. I’m predicting Harrogate to find the net on home turf but can’t see them shutting out a side who have been so rampant in front of goal this term.

To round off proceedings I’m swooping into the National League, where Eastleigh welcome Hartlepool to the Silverlake Stadium. The Spitfires have started well this season and currently sit 7th in the country’s fifth-tier, but they have massively struggled to keep a clean sheet with ALL SIX of their league games ending with both teams scoring. Hartlepool find themselves level on points with the southerners heading into this one, and half of their games in 20-21 have ended in BTTS. I envisage a repeat here, with both sides desperate to burrow deeper into the play-off spots we should see an open game with plenty of goals.