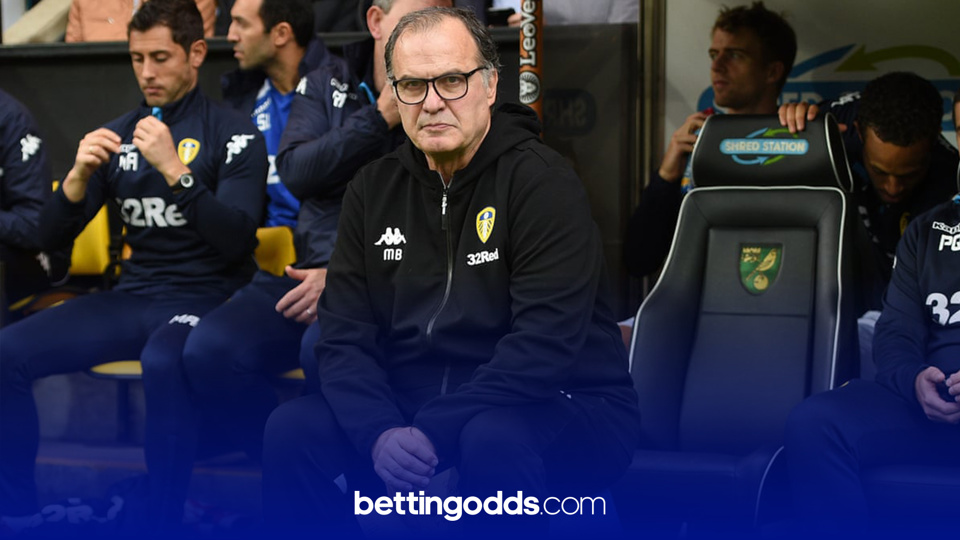 It’s the final weekend of fixtures in the Premier League and Championship before October’s international break and @AnthonyEadson has picked out his best both teams to score tips for Saturday’s action.

There are four selections in total that all kick-off at 3pm Saturday and when combined into a multiple, pay 8/1 with bet365. Should the bet go on to win, we will also receive a 10% bonus on our winnings taking the potential return to over 9/1 thanks to their soccer accumulator bonus offer.

Both Teams To Score Tips

The first fixture that makes the list this weekend comes from the Premier League where Leeds host Watford at Elland Road. Marcelo Bielsa’s side are yet to record a win in the league this term and will fancy their chances of picking up all three points against newly-promoted Watford.

The Hornets have had a reasonable start to the campaign under Xisco Munoz and have seven points on the board after wins against Norwich and Aston Villa as well as a point against Newcastle in their most recent fixture.

Leeds currently rank sixth for shots per game in the league so far this term and have seen both teams score in five of their first six matches, the highest in the division so far. The West Yorkshire side's defence has looked open at times and Watford can find the net this weekend. Only Mohamed Salah has registered more shots in the Premier League this season than Watford’s Ismaila Sarr and he will be a threat in attack up against Junior Firpo at left-back.

Dropping down into League One and the second game I’m fancying both teams to score in this weekend is Fleetwood v Charlton. The Cod Army are currently 20th in the table and have scored and conceded 16 goals in their first nine games. Fleetwood failed to win in their first three this term but since then have picked up 10 points, but more importantly, both sides have scored in their last six games including a 3-3 draw at Fleetwood last season.

Charlton have had a really poor start to the season and find themselves in 23rd in the standings. The Addicks have only picked six points from a possible 30 so far under Nigel Adkins however they have seen both teams get on the scoresheet in seven of their ten games and BTTS looks like a wise play for their visit to Lancashire

Remaining in England’s third-tier and Gillingham host Wigan down at the Priestfield stadium. Wigan look to be one of the front-runners in the race for promotion in League One and are second in the table behind leaders Sunderland. The Latics have seen both teams score in 56% of their matches in the 2021/2022 season, but it’s the home side's record that catches the eye here.

In total Gillingham have seen both teams score in eight of the first ten league matches this term. Steve Evans' men have found the net in their last eight games and managed a 2-0 away win at Cambridge on Tuesday night. I do think Wigan will come out on top here but it would be no surprise to see Gillingham get on the scoresheet considering their record this season.

Rounding off the quartet on Saturday is Bradford v Rochdale, with the visitors making the short trip along the M62 in the hope of picking up their third win on the road this season. On paper this looks like an absolute corker for BTTS. Bradford have so far seen both teams score in all four of their home fixtures so far this season but are winless in their last five.

Rochdale, on the other hand, have won three of their last six but it’s they both teams to score record that is noticeable here. All four of their away games so far this term have featured both teams scoring with Dale scoring 2+ goals in three of those.

As mentioned above, 9/1 is available here on the 4-fold when including bet365’s soccer accumulator bonus. Good luck to anyone following the selections this weekend, please always gamble responsibly.