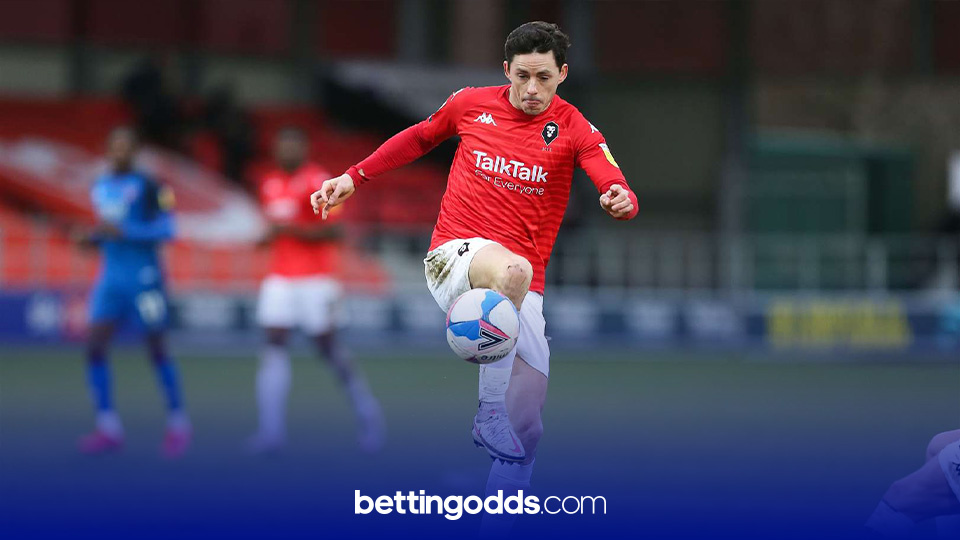 There’s Football League action on Saturday afternoon with four games in League One and a full card in League Two. England are in action on Saturday against Andorra and you can read a full preview for the game here, however our man @AnthonyEadson has provided us with his best football tips for EFL fixtures.

The three selections pay around 4/1 with most bookmakers at the time of writing, however thanks to a generous boost from the good folk over at Paddy Power, the treble now pays 11/2 and can be backed by clicking the link below.

The first game on the agenda on Saturday comes from League One where Wycombe face Gillingham at Adams Park. Gareth Ainsworth’s side have played a game less than most of their promotion rivals and have won their last four games at home in the league. All those four wins have been by a one goal margin, but I expect them to have no problem in seeing off their opponents this weekend.

Steve Evans’ Gillingham side have only collected 11 points from their opening 11 games of the season and currently sit 18th in the table. Gillingham have only won one of their last seven in the league and with Sam Vokes in attack for the hosts, it could be a long afternoon for the visitors.

It’s been a fantastic start to the season for Harrogate who find themselves in the automatic promotion places in second. Simon Weaver’s men are unbeaten on home soil this term and fought hard to earn a 2-1 away victory at Oldham last weekend. Striker Luke Armstrong has scored seven goals in 10 appearances this campaign and will fancy adding to his tally on Saturday.

It’s been a completely contrasting story at Scunthorpe this season with the Iron currently bottom of the table with a measly seven points. Neil Cox’s side have lost four of their last five matches and have conceded an average of two goals per game in that period. Scunthorpe will also be without on-loan goalkeeper Tom Billson and Alex Kenyon and with all things considered this looks like it should be a comfortable home win for Harrogate.

It’s been a turbulent start to the campaign for Gary Bowyer’s Salford side who will not be happy with their current position of 15th in the table. However, City did put in one of their best performances of the season so far against Colchester, convincingly winning 2-0 away from home despite going down to ten men in the latter stages.

I believe that Salford can follow up that victory against Walsall who have been struggling to put results together this term. The Saddlers are 21st in the League Two standings heading into Saturday’s game against promotion-hopefuls Salford, and it’s worth pointing out that they have conceded two goals in each of their last three league games. Salford look a much better side on paper than Walsall and I can see them nicking this one.

That’s 11/2 using the boosted treble from Paddy Power. Best of luck on the punting-front this weekend and please always gamble responsibly.