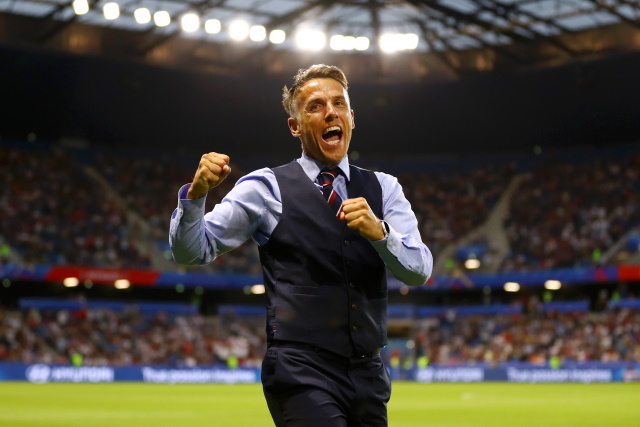 Phil Neville can bring joy to our acca if he oversees a BTTS in Philadelphia Union vs. Inter Miami

New customers only, bet up to €/£20 on the Exchange and if your first bet loses, we’ll refund you €/£20 in Cash. Bet must be placed in first 7 days of account opening. T&Cs apply, 18+ begambleaware.org

Wednesday's fourfold acca sees a trip to Sweden and a tough opening leg but if that 16/5 shot comes in, it should set us up nicely for a Copa Liberadores 13/8 shot coupled with two overnight games in the MLS adding up to a 38.4/1 shot with Betfair at the time of writing. Neil Monnery takes us through his thinking...

We kick-off Wednesday’s fourfold in Sweden where bottom of the table and win-less Orgryte welcome in mid-table Trelleborgs as they look to record their first victory of the season. The home side have two draws and five defeats to their name whilst the visitors have fairly typical mid-table form - three wins, two draws and two reversals.

Looking at recent history between the two teams though and we find something rather interesting. Three straight score draws. Orgryte’s only two points so far this season have come from score draws and Trelleborgs have seen BTTS and a Draw come in four times from their past ten in all competitions. A big price for the opening leg of an acca but if this one lands, it sets us up nicely going forward.

Brazilian giant Palmeiras have been on quite the tear when it comes to the group stage of the Copa Liberadores. Four wins on the spin sees them top the group and has seen them already qualify for the next stage. Those victories though have come with plenty to cheer for fans as they’ve racked up the goals. 0-4, 8-1. 1-3 and 0-5 is quite something, so for over 3.5 Goals to be odds against despite landing four straight times in this competition is a little bit surprising.

They play Emelec of Ecuador on Wednesday night and they played out the 1-3 scoreline earlier in the campaign. Even though they’ve already won the group, I don’t expect Abel Ferreira’s men to shut up shop and with the visitors still looking to finish second, they will need to come out and play to get something from this game. All signs point to goals, goals, goals.

Inter Miami probably get more column inches in UK newspapers and websites due to the David Beckham and Phil Neville angle compared to any other MLS franchise. The general consensus seems to be that things aren’t going well and the league table backs that up. The south Florida based franchise are 13th of 14 in the Eastern Conference and travel to Philly to take on the top of the table Union on Wednesday night (Thursday morning UK time).

On paper this might seem like a better play in the Match Result or Asian Handicap markets with the home team winning by multiple goals but despite leading the way in their conference, Philadelphia haven’t won in their past five with four draws and a defeat to their name. They have however been involved in six straight games where BTTS has come in. As for Inter Miami, they have scored in four of their past six and haven’t recorded a clean sheet. Both teams are over 50% for BTTS so far this season so at just under Evens, I’m happy for this to be the third leg of Wednesday’s acca.

We stay in the MLS for the final game of my Wednesday fourfold as the red hot Impact travel to Tennessee to take on the home kings Nashville SC. The fans at GEODIS Park haven’t seen their team lose in 21 games but the game on Wednesday night (Thursday morning UK time) is one of their toughest as Wilfried Nancy’s side have been in blistering form in recent weeks.

For the Impact, they haven't lost in eight stretching back to a 4-1 defeat to New York City on March 12. Since then, they’ve been racking up the points and the goals. Six wins and two draws include hitting the back of the net 20 times for an average of 2.5 per game.

Initially I was ready to go for the straight away win and really boost this fourfold to a big price but that 21 game unbeaten run at home for Nashville gave me cause for concern. They’ve also never tasted defeat to the Impact since their introduction to MLS in 2020. This is why I’ve taken the double chance to round of a fourfold that at the times of writing is priced up at 38.4/1 with Betfair