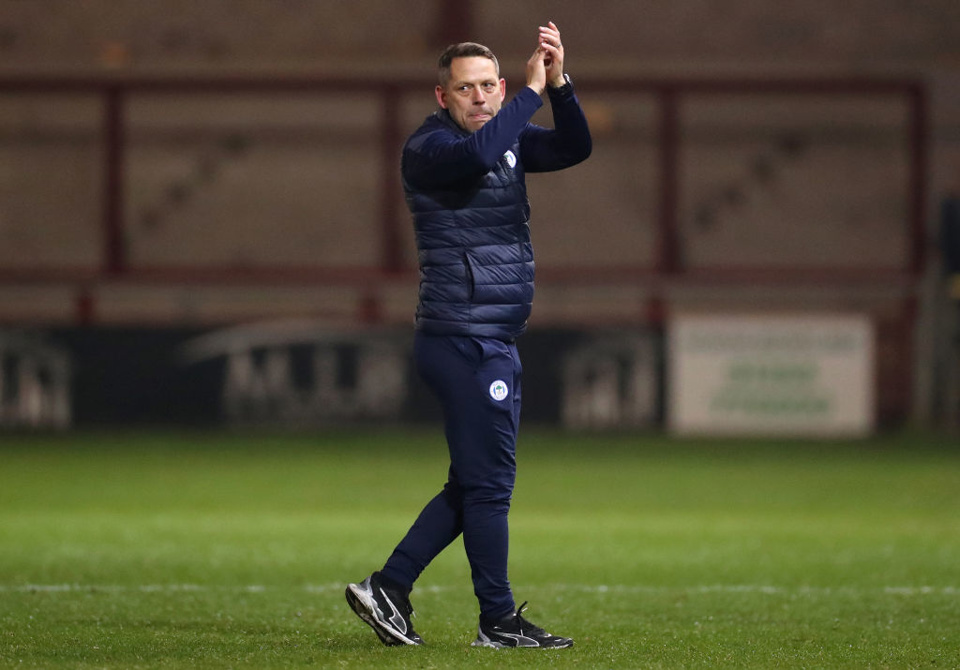 There’s a flurry of fixtures from the Football League on Tuesday evening with two games from the Championship, six from League One, and eight down in League Two. We’ve asked our resident tipster @AnthonyEadson to provide us with his best bets for the evening’s proceedings.

Two selections have caught his eye on Tuesday evening which combine for a 10/3 double with bookmakers bet365. Should any of the sides involved go two goals ahead at any point in the game, that selection will be settled as a winner and you can read more about the bet365 Early Payout offer here.

The first of two picks from the Football League on Tuesday comes from England’s third tier where Wigan host Oxford. The Latics’ four-game winning run came to an end on Saturday, however Leam Richardson’s side are still 11 unbeaten in the league with their last loss coming all the way back in October against Lincoln.

Wigan dropped down to second in the table after failing to beat Cheltenham but I’m backing them to get back to winning ways here. They won the reverse fixture 3-2 at the Kassam Stadium earlier in the season and can open a four-point gap on third place, Sunderland, with a win at the DW Stadium on Tuesday.

Oxford come into this clash off the back of an emphatic 7-2 thumping of Gillingham at the Priestfield on Saturday, but despite this, I think they are here for the taking against Wigan. The U’s have conceded at least two goals in their last four league matches and with Wigan priced just bigger than Evens, I’m happy to have them onside for the win.

Another side who have not tasted defeat in the league since October is Forest Green Rovers, who travel to Port Vale on Tuesday evening. It’s been a stunning season so far for Rob Edwards’s side with the Green currently sat 10 points clear at the top of League Two.

Forest Green have a game in hand over second-place Tranmere and have lost just two of their 26 league matches in the 2021/2022 season. Forwards Jamille Matt and Matt Stevens have an impressive 33 league goals between them, with Rovers scoring nine more goals than any other side in the division this season with 55.

The Green army travel to Port Vale on Tuesday and the home side had taken just one point from a previous twelve before a narrow 1-0 over Scunthorpe last weekend. Vale have won less than 50% of their home league matches this season and with Forest Green having scored seven without conceding in their last 180 minutes of football, the visitors can take the three points.

To recap, that’s 10/3 on the double with bet365 which also includes the early payout offer. Best of luck to anyone following and please always gamble responsibly.