Football Accumulator Tips: Three points and a place in the knockout phase on the cards for Spurs 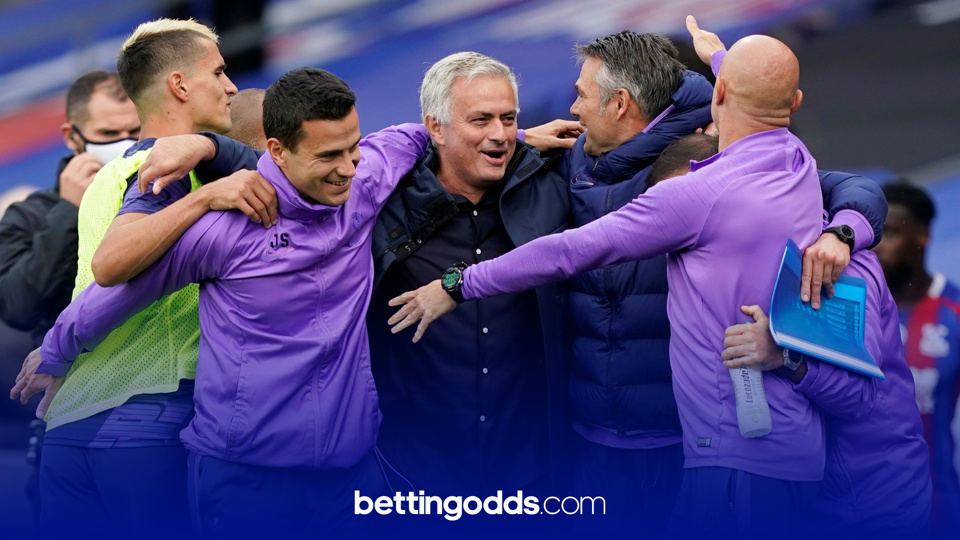 It’s the penultimate round of the Europa League group stage on Thursday as Matchday 5 brings 24 games coming over two kick-off times of 5:55pm and 8:00pm. Leicester, Tottenham, Celtic, Arsenal and Rangers are all in action for the home nations  @AnthonyEadson has picked out three teams he likes the look of to get the three points as part of today’s football tips on BettingOdds.com

Spurs, Antwerp and Rangers are the sides featuring in this week’s Europa League selections win treble, and Jose Mourinho’s side can be seen live on BT Sport 2 kicking off at 5:55pm. The treble currently pays best with Paddy Power at the enhanced price of 11/4, although it may be worth taking the 9/4 offering with bet365 that includes the ‘two up early pay out offer’, which you can read more about here.

Austria is the destination for Spurs on Thursday for their fixture against LASK, where I fancy Mourinho’s men to come away with the three points. A win here would seal their place in the knockout phase and after a 3-0 win in the reverse fixture Spurs will be confident of a repeat.

Tottenham have looked water-tight at the back over recent weeks and their solidity has led to four consecutive clean sheets, two coming against Manchester City and Chelsea. There’s a positive vibe around the camp at the moment and even though we will see a much changed XI to that of the weekend, Spurs should prevail. Gareth Bale and Dele Alli are expected to start and with the latter bagging two goals and an assist in his previous game in this tournament, you’d fancy him to get on the scoresheet again.

Also kicking off at 5:55pm in Group J is Antwerp against Ludogorets. The Belgians can also qualify for the knockout phase of the tournament with a win, if Spurs also beat LASK. Antwerp have won three of their four group games which includes a 1-0 win over Tottenham that came at the end of October.

It’s hard to not fancy the home side here when they are facing Bulgarian outfit Ludogorets who are yet to pick up a solitary point in Group J. Ludogorets have been beaten on all four outings so far and have nothing to play for here, they’ve  conceded eight goals away from home in the group phase and I cannot see things getting any easier for them on Thursday.

The final fixture I’m focusing my attention on, is Rangers against Standard Liege at Ibrox. Our Europa League treble was crushed by the Gers conceding two late goals to Benfica last Thursday and I’m hoping lightning doesn’t strike twice. It’s seven unbeaten in this competition for Steven Gerrard’s side and they would be comfortably through to the knockout phase had they not conceded late goals twice at the hands of Benfica.

Standard Liege need to win against Rangers and against Benfica in their final two games to stand any chance of progressing. They face an uphill battle as the Belgians are winless on the road in their last five. Rangers have scored at least two goals in six of their last seven Europa League fixtures and are unbeaten at Ibrox this season, winning 10 of their 11 league and European matches.

As I mentioned above the treble currently pays best with Paddy Power at the enhanced price of 5/2, although it may be worth taking the 9/4 offering with bet365 that includes the ‘two up early pay out offer,’ which you can read more about here. Best of luck to anyone following the selections. Please always gamble responsibly.