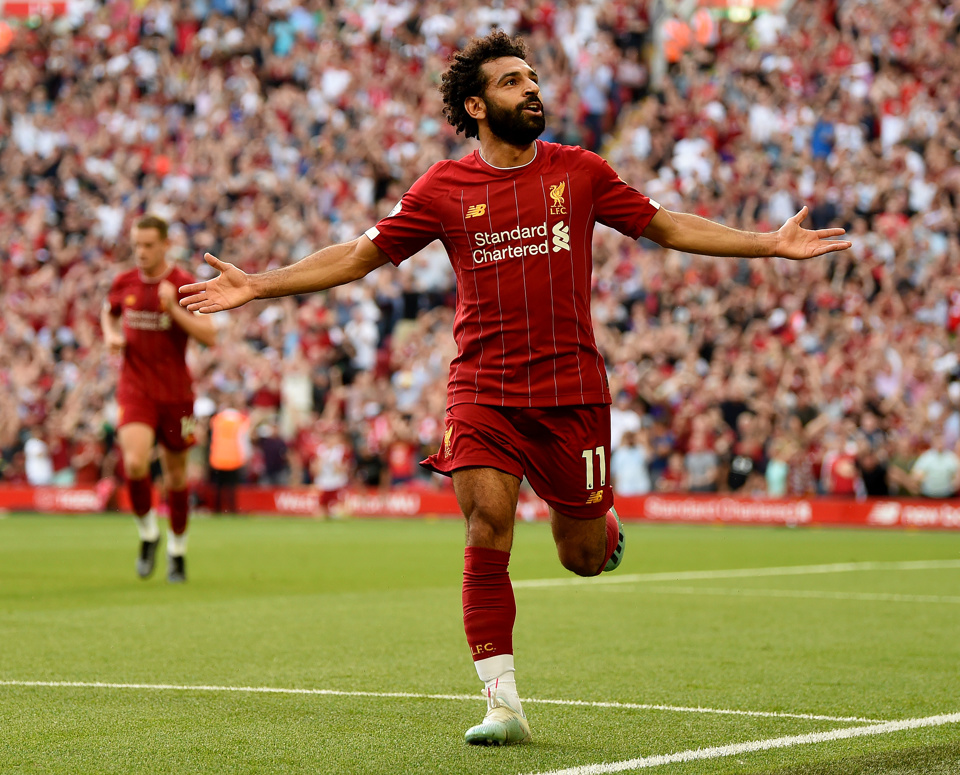 Mo Salah (48) has 14 more shots on target than any other player in the league this season and features in our Bet Builder
By Anthony Eadson
18:34 Friday 25th February 2022 - 4 minute read

There’s the small matter of the League Cup final on Sunday giving both sides their first chance of winning their first bit of domestic silverware this season after Chelsea lifted FIFA Club World earlier this month. We’ve got our resident tipster @AnthonyEadson on hand to give us his best bets for the match from Wembley which can be seen live on Sky Sports.

Thomas Tuchel has plenty of decisions to make coming into this game, mainly whether he will deploy a back-three or a back-four against Liverpool. As well as tactical dilemmas, the Chelsea boss will also need to decide whether or not he will bring Romelu Lukaku back into the starting line-up following his seven-touch performance against Crystal Palace last weekend.

Things are a little simpler for Jurgen Klopp, who has already confirmed that goalkeeper Caoimhin Kelleher will start over Alisson. Diogo Jota faces a race against time to be fit for Sunday and will be assessed on the day, although this game looks to have come too soon for Roberto Firmino who remains sidelined.

These two teams have already met twice in the league this season with both matches finishing a draw, however, after closing the gap on Manchester City at the top and an emphatic 6-0 win over Leeds midweek, it’s Klopp’s side that are the favourites here, priced at 4/6 to lift the trophy. It’s easy to see why the Reds are favourites based on recent form, but for those fancying Chelsea, they can be backed at 6/5 to lift their second trophy this month.

As mentioned above, Liverpool come into this game as favourites, priced at around 13/10 to win the game inside 90 minutes. I fancy Klopp’s men to get the job done on Sunday and I think it’s fairly easy to see why when you consider their recent form compared to Chelsea’s.

Tuchel’s men have only won two of their last six matches in the Premier League and have scored seven goals in that period. Compare that to Liverpool, who have won their last six in the league, scoring 18 goals in the process and with many people feeling like the Reds can push Man City all the way, I think Chelsea should be worried here.

One of the main reasons for that is the performances of Mohamed Salah who we are running out of superlatives to describe after his phenomenal season so far. Salah tops the chart for goals and shots in the Premier League this season and I’m backing him to hit the target twice or more here, which is available at evens with Paddy Power.

Salah has been a shot on target machine this season (48) and has hit the target 14 more times than his nearest rival in Harry Kane (34). Against Leeds on Wednesday Salah was accurate with his shots on four occasions and his current average in the league stands at bang on 2 per game!

If he carries on at that rate until the end of the season Salah will finish on 76 shots on target, which would be 23 higher than the player with the most in the season prior (Harry Kane with 53). I hope this shows just how ruthless Salah has been this season in hitting the target and I wouldn’t put anyone off the 11/10 available (at the time of writing) with bet365 for him to hit the 2+ line on Sunday.

The second half of Sunday’s double comes from the anytime assist market. Remarkably Liverpool currently have the first, second and third ranked players for assists in the whole of the Premier League this season.

Andy Robertonson has nine to his name, Mohammed Salah ten, and Trent Alexander-Arnold ten. It’s the latter who I’m fancying to provide an assist in this game which can be backed at 11/4 as a single.

Considering Trent has 14 assists in 30 appearances in all competitions I don’t think this is a bad price at all. In terms of Expected Assists (xA), the Liverpool right-back tops the pile in the Premier League with 8.4xA amassed this season.

Using the Paddy Power Bet Builder feature gives us a nice 7/1 on this selection of two players who I do see as guaranteed starters on Sunday. Paddys customers should also check their accounts for a £5 free bet that is available on the game for the majority of customers via the promotions page.