Football Accumulator Tips: Shots and tackles on the menu at Villa Park 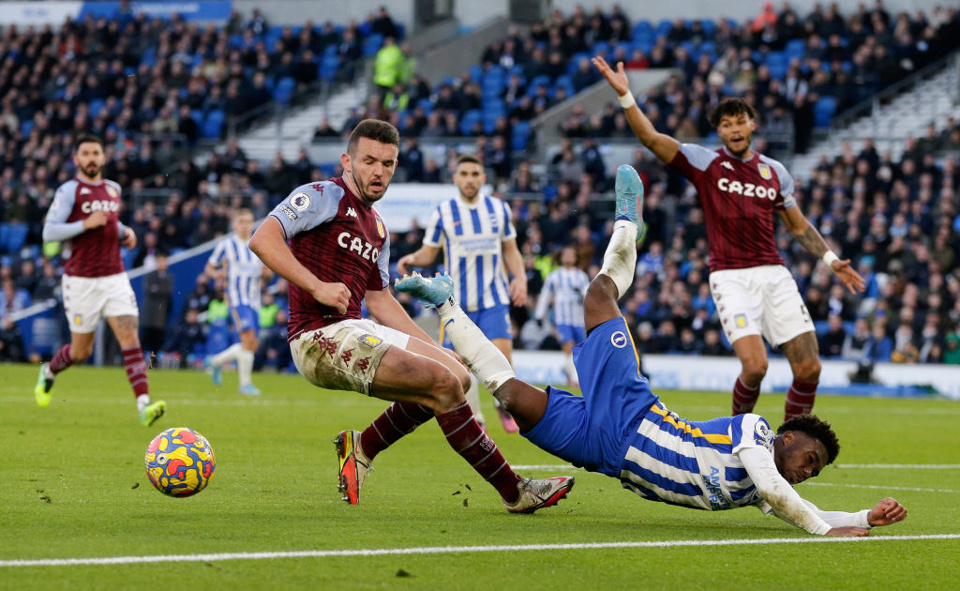 get offer get offer
New customers only, bet up to €/£20 on the Exchange and if your first bet loses, we’ll refund you €/£20 in Cash. Bet must be placed in first 7 days of account opening. T&Cs apply, 18+ begambleaware.org

Saturday's Premier League offering is reduced to a single game, with Aston Villa hosting Arsenal in the 12:30pm kick-off live on BT Sport.

But have no fear, our weekly Saturday Bet Builder is going nowhere! Our man @LAHamalam has scoured the markets for the clash at Villa Park, and provided you with his best combined picks.

At the time of writing, the two selections combine for a 7/5 Bet Builder with Bet365.

For our first selection, we're dipping into the shots market and have identified Philippe Coutinho as the man to back.

Villa's talismanic January signing has really rejuvenated their side with an unprecedented spark and a real swagger in everything he does.

Since joining, the Brazilian has hit at least two shots in every single one of his nine appearances in claret and blue so far. This includes a 22-minute debut cameo against Manchester United where he sparked a comeback from a two-goal deficit with a goal and assist.

In his three most recent matches, since Gerrard tweaked his preferred formation to position the 29-year-old at the tip of a midfield diamond, Coutinho has truly flourished. He's finding himself further up the pitch and with an extra body in midfield, is being allowed an extra yard or two of space, which has resulted in an increase in shooting.

He's never been afraid of letting off a pop from distance, but his prominence inside the box for AVFC has been particularly notable in these past couple of months. In games vs Southampton, Leeds and West Ham, he's managed 4, 3, 3 shots respectively.

Completing the other half of our double is taking John McGinn in the tackles department.

The home side's rambunctious midfielder covers a sensational amount of ground game-to-game. But more importantly than that is the role he plays in Steven Gerrard's team. The manager is a huge admirer of JM, seeing a lot of himself in the industrial number 7.

His duties have always required him to operate at both ends of the pitch, but his numbers for breaking up play have been mightily impressive since SG arrived.

In his last six matches, he's managed a whopping combined total of 21 tackles! His breakdown in these matches look like this:

As you can see, this half of the bet would have landed in four of the six. For further proof of McGinn's notability in this area, he's averaging 2.69 tackles per 90 this season. Villa and Arsenal are two teams that like to spring attacks on the break, and are at their most effective when doing so. Which means if this match goes how it's expected to, we'll not only see an incredibly open encounter, but one that will provide a number of chances and opportunities for tackles.