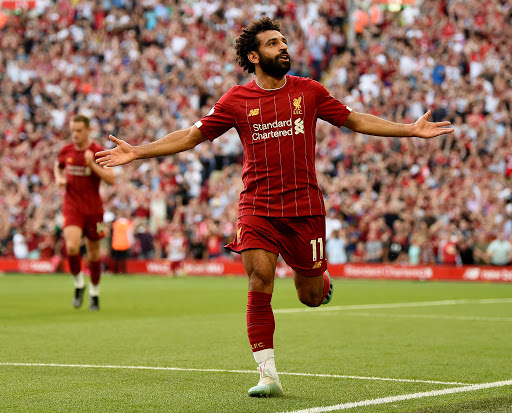 It’s full steam ahead now in the Premier League with a packed schedule right through until the new year. Four fixtures take place across England on Saturday and once again our in-house betting guru @AnthonyEadson will be providing us with his best bet builder tips for the action.

This week he’s picked out two selections that he likes the look of and when combined now pays 10/1 thanks to a generous boost from the good folk over at Paddy Power. This can be added directly to your betslip by clicking the link below.

It was nice to fire in a few winners for BettingOdds.com on Wednesday evening with Mason Greenwood landing 2+ shots on target at 13/8 and scoring the first goal of the game at 6/1 to provide us with some tidy profit. I’ll be hoping for more of the same this weekend and like the look of this little double in the Liverpool against Aston Villa game which kicks off at 3pm.

The first half comes in the form of Ashley Young to be carded, which for those wanting to back the single, is currently best priced at 7/2 with bet365, which in my opinion makes plenty of appeal.

Now at the ripe old age of 36 the Aston-Villa man is in the latter years of his career. Young could well be in for a long afternoon on Saturday tasked with covering Mohamed Salah on the right side of a three-pronged Liverpool attack, as well as having to deal with the bombarding Alexander-Arnold, who will no doubt be a prominent attacking threat for the Reds with seven assists already this season.

When it comes to cards, Young has picked up seven in 22 appearances over his career against Liverpool (31%) and with odds of 7/2 only implying a 22% chance of this selection landing, I think we could be on to a bit of value.

No stranger to finding his way into the notebook, Young has been shown 106 yellow cards in his club career and in his final two seasons at Manchester United he was shown five yellows in just 12 appearances.

Furthermore, referee Jarred Gillett takes the whistle for this game which should be a boost for card backers. The Australian official has only taken control of four matches in the English top-tier so far, in what is his debut season at this level, but has given out 20 yellows which provides a healthy average of five per game. All things considered here, Young to be carded looks one of the best bets this weekend at 7/2.

Readers of my ramblings this season at BettingOdds.com will know that I’ve been partial to putting up a few selections from the anytime assist market and I’m doing so once again this weekend at Anfield.

Mohamed Salah’s price has been crashing all season with most firms in this market and it’s easy to see why when he leads the way in the entire division with nine assists in his first 15 matches. A player who is in the form of his life at the moment with everything he seems to touch turning to gold, I’m once again fancying Salah to provide an assist.

Salah is available at 6/4 with Paddy Power and Betfair but thanks to a generous little boost they’ve given us 11/1 on the double with Young being carded (12/5), which looks a fair price to me. Looking at some Expected Assists data, the Egyptian has amassed 6.2xA this season in the league, which is more than any other player. This works out at 0.42xA per 90 minutes this term, with Salah consistently providing good chances for his teammates.

Liverpool have been relentless at home this season scoring two goals in eight of their last nine at Anfield and even with the return of Steven Gerrard on Saturday I can still see them putting a good few past Villa.

Just to recap, that’s 11/1 on the double with Ashley Young to be carded and Mohamed Salah to provide an assist. Best of luck to anyone following the picks this weekend and as always please gamble responsibly.