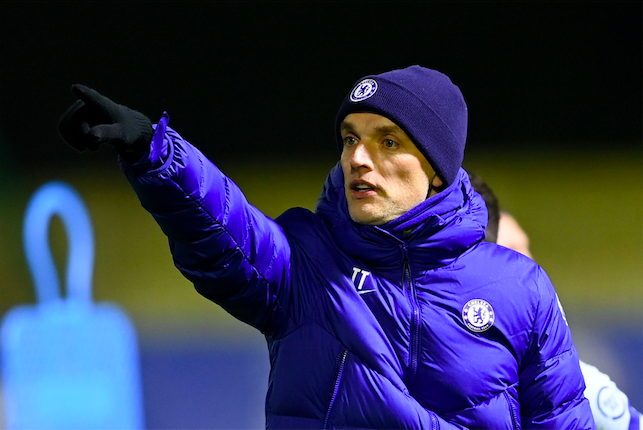 Saturday sees a welcome return to domestic football action and the Premier League has a bumper line up in store. There are eight games on Saturday alone and we’ve picked out a fourfold that we think offers great value for money. This selection can be found at a little under 8/1 and is available via the SBK app.

First up is a Saturday lunchtime kickoff with a tasty looking clash between Leicester City and Premier League leaders Chelsea. City have had a tough start to the season and Brendan Rodgers will be looking to turn that around at the King Power Stadium against the inform Blues.

There are niggling rumours eminating from the north west that Rodgers is number one choice for the Manchester United manager hot seat should they decide to dispense of Ole Gunnar Solskjær's services in the near future but he must first concentrate on his day job and get Leicester back into European contention. They lie in twelfth position in the table although they are only two points off the top six and a win here would put them right back in the mix.

However, they come up against a Chelsea side that has looked pretty much unstoppable of late. They sit three points clear at the top of the table, despite a poor draw with Burnley in their last fixture and will be looking to extend that lead before the other contenders play later in the game week.  Mason Mount should return here and there is speculation even Romelu Lukaku could make the squad.

Chelsea have won their last three away games , keeping a clean sheet in all of them and I see no danger of them losing to a struggling Leicester outfit who have conceded at least two goals in their last trio of home games.

The 9/11 on offer looks large and is a good starting place for our accumulator.

We'll have a full preview of this game on site on Friday with specific tips c/o BetttingOdds.com Dean Woodward.

The King is dead, Long live the King! Norwich fans will be chanting a new hero's name on Saturday afternoon as long time manager Daniel Farke is replaced by Dean Smith who was employed by relegation rivals Aston Villa as recently as the 8th November. The managerial merry-go-round is in full force in the Premier League but will it benefit the Canaries in their bid to stay in the division?

Strangely, Farke was dismissed after City's first win of the season and they'll be hoping to keep this mini run going under the stewardship of Smith. He may well recall both Billy Gilmour and Todd Cantwell who both dropped out of the starting line up under Farke.

Southampton are on a great run themselves having picked up ten points in their last four Premier League games which has seen them stabilise in mid-table. Valentino Livramento, James Ward-Prowse and Armando Broja are all injury doubts for Ralph Hasenhüttl who will be hoping striker Adam Armstrong can go on a scoring streak after his goal last time out.

Ironically, Dean Smith's last game as Villa boss was a loss to the Saints and I'm backing them to do the double over him here at Carrow Road.

Ole is STILL at the wheel! Despite continuing rumours in Manchester that the board have secretly agreed to sack Solskjær once they have lined up a suitable replacement, the Norwegian remains stubbornly in charge. United are in atrocious form in the league having lost four of their last six matches, which has included devastating losses against rivals City and Liverpool. They'll be hoping to turn it around against lowly Watford who are on a remarkably similar run as the Red Devils, also taking just four points out of their last eighteen available.

After poor results its surely time for OGS to rotate his side. Marcus Rashford, Jadon Sancho and Anthony Martial could all feature here alongside the main man Cristiano.

Watford have lost three of their four games since Claudio Ranieri took over the reins and he already looks like a man under pressure. He'll be without Juraj Kucka who was sent off before the international break.

I'm trusting Man Utd to keep up their terrific away form and to turn over a poor looking Hornets side.

The evening kick off sees Mikel Arteta's in-form Gunners travel to Anfield to take on their title rivals. After a shocking start to the season Arsenal have suddenly clicked into gear winning six of their last eight games and will be looking to climb above Liverpool in the table. Arteta is sweating on the fitness of central midfielder Thomas Partey but otherwise has virtually a full squad.

Liverpool on the other hand have a number of injury problems. Curtis Jones and Roberto Firmino will definitely miss out here and Jürgen Klopp also has doubts on Jordan Henderson, Naby Keïta, James Milner, Andy Robertson and Joe Gomez. Sadio Mane should be fit to play though after an injury scare for Senegal.

Even despite these injury issues I'm expecting Liverpool to recover from their shock loss to West Ham United before the international break and to end the Gunners unbeaten run in front of a raucous evening Anfield crowd.

Please check the odds before placing as they are subject to change and as always bet responsibly.