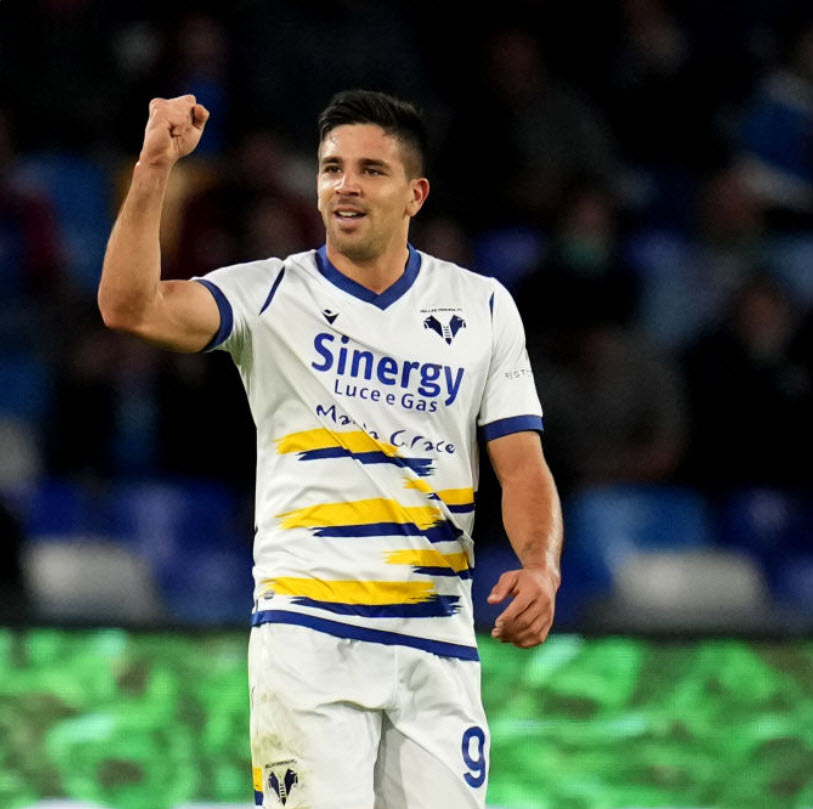 Monday sees a slate of featured games which can be streamed live on bet365. With that in mind we've taken a look at these fixtures and picked out a fourfold that is boosted to over 12/1 with bet365's accumulator bonus. All four games selected also qualify for their 2 UP early payout offer. If your team goes 2 goals up at any point, then the bet will automatically be settled as a winner regardless of the final result.

This clash sees two sides sitting in the relative comfort zone of Serie A midtable which seemed unlikely at the start of the season. They'll both be looking to keep up their decent form and this could be a tight affair. The teams are only split on goal difference in the table but I'm picking Hellas to edge this one.

Verona have won their last four games at the Stadio Marc'Antonio Bentegodi and in star man Giovanni Simeone have the key to unpick Empoli's leaky defence. The Argentine has scored nine goals thus far this campaign and Empoli have conceded at least 2 goals in six of their last seven games. I'm backing him to unpick the lock here again.

Elsewhere in Italy we see two more teams locked on the same points - this time slightly lower down the table. Torino are six goals ahead of visitors Udinese primarily due to their more robust defence, only conceding a goal a game to date. Brazilian Bremer is a rock at the back for Torino and should shine again here in this physical battle.  I'm expecting them to nick at least one at the other end to take them past Udinese.

La Liga wraps up the Gameweek with a decent looking game between Vallecano and La Liga new boys Mallorca. Rayo are on a real high at the moment and even a close defeat vs Real Madrid at the Bernabeu couldn't dampen their spirits. They currently sit 7th in Primera Liga after winning five of their last six home games, including a brilliant win over mighty Barcelona, and will be looking to move above them with a win here.

Mallorca have had a steady return to the top division of Spanish football but are drawing too many games. Several of their draws have included late conceded equalisers which must be demoralising for the Mallorcans.

Vallecano are missing their star striker Radamel Falcao but in assist king Óscar Trejo they boast a man capable of breaking open any defence.

Panathinaikos are having a poor season by their standards. They sit eighth in the Greek Super League  and will be hoping to make their game in hand count. Win here and they can start looking up the table and not over their shoulder at the relegation zone.

Their away form is abject but in Spanish forward Carlitos they have the Super Leagues top scorer. The 31-year-old has struck eight of Panathinaikos's fifteen total goals this season and their talisman will be looking to add to that tonight.

Lamia have problems scoring and had to rely on an own goal last time out to register only their second win of the season.

Pana should have too much for the hosts here.