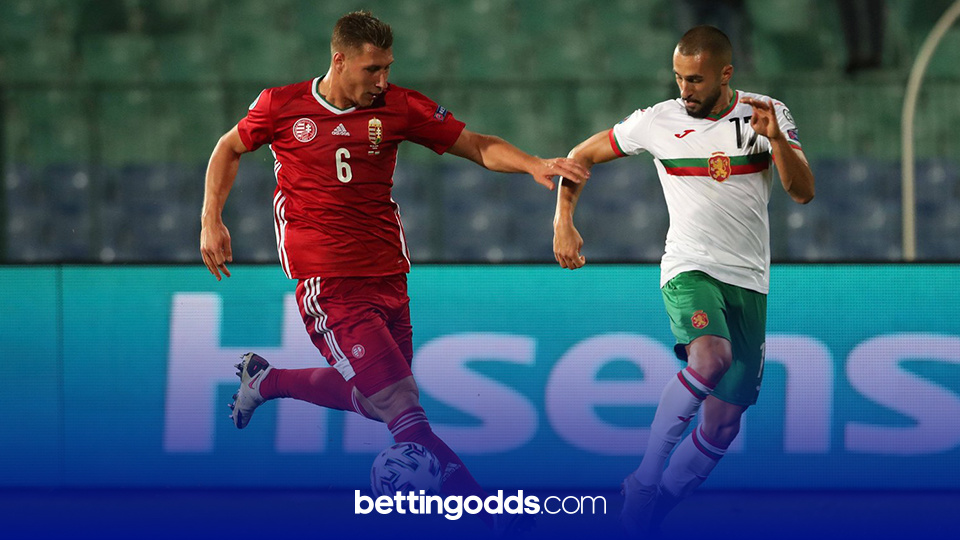 The Nations League continues to spin its wheels tonight with 14 more teams in action, spread across four different groups.

Below, we've pieced together a 16/1 treble with app-based firm SBK...

The matches get underway from 5pm.

We kick things off in Group D2 where the top two meet in a pivotal match-up in Tallinn. Pacesetters Estonia have taken maximum points from their two games so far over Malta and San Marino, meaning another victory will ensure they are promoted to the third-tier due to their superior head-to-head record. Meanwhile, opponents Malta also have six points to their name so far, albeit they’ve played a game more and both their wins have come against basement club San Marino.

Neither side are exactly accustomed to winning, but Estonia can draw on a respectable recent record on home soil, having won two of their last four fixtures in front of their own fans, conceding just once during that time. They also won the previous clash away to Malta in June - claiming the points thanks to a 94th minute winner - now Estonia will be expected to claim the double over a Malta side that have only won two of their last 23 games on the road; against San Marino and Latvia.

Over in C4 we have another top-of-the-table match-up between Georgia and North Macedonia. With 10 points from four unbeaten matches, it’s Georgia who find themselves in pole position for promotion. Georgia are enjoying a cracking run right now - stinging together a nine game undefeated streak which includes seven wins - and head into the game knowing that a win on Friday night will seal the deal.

On top of that, Georgia have scored 12 goals in their last four fixtures, featuring a 3-0 win away to North Macedonia in June. North Macedonia can, however, be prone to whipping up the odd shock upset - eg a win away to Italy - yet given Georgia’s form right now it’s difficult to back against the hosts as they strive for that promotion.

In a high-profile group containing European Champions Italy, runners-up England, and Hansi Flick's undefeated Germany it may come as quite the surprise to see that it’s actually Hungary that top the pile after four wave of fixtures. Deservedly so too.

Some of Hungary’s results in the last year or so have been simply superb. They’ve held Germany and England to two draws apiece, drawn with France too, then pumped The Three Lions 4-0 at Wembley. A simply incredible scoreline, which was England’s worst home defeat since 1928.

As a result there’s absolutely no reason to doubt them ahead of Friday’s trip to Germany. Hansi Flick’s men are unbeaten since getting booted out of the Euros, yet they’ve drawn four of their last five matches, which includes a 1-1 draw against Hungary.

Disciplined, organised and capable of blisteringly ruthless counter-attacks, Hungary have surprisingly been ignored by the bookies. Their price to win is a hefty 12/1 but I’m opting for the safety blanket of double-chance at 56/19, which boosts this treble to a juicy 16/1.