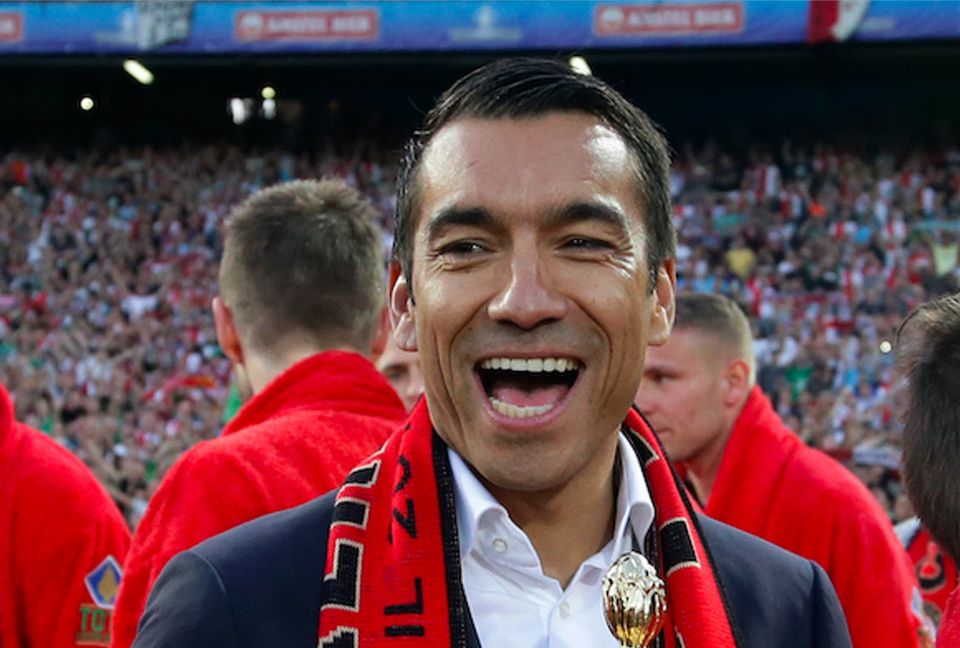 Football Accumulator Tips: WIll Gio Van Bronckhorst be smiling again with a Scottish Cup win after their heartbreaking loss in midweek
By Adam Roberts
11:00 Friday 20th May 2022 - 3 minute read

#AD 18+. Play Safe. When you sign-up via Mobile using promo code N40 and place a bet of £10/€10 or more we will give you 4x £10/€10 free bets credited after settlement of first qualifying bet, free bets will expire 30 days after the qualifying bet is placed, payment method/player/country restrictions apply.
Boston, Rangers, Lazio and Freiburg all BTTS
7/1
Odds correct as of 2022-05-20 10:55 Odds subject to change.

We're on another European magical mystery tour on Sunday and have games from all over the continent on site. Our BTTS man @OddsT3rrier has looked through the stats and picked out a 7/1 four-fold for your perusal.

We start with a massive game from the English non-league. The LNER community stadium hosts a record crowd for the Vanarama National League North play-off final between Boston and York. City qualified for this by beating Chorley and Brackley and are one game away from getting back to the 5th tier of English football. United beat Kidderminster and AFC Fylde to reach this huge knockout tie.

Boston lead the league in BTTS rank with 28 of their 42 games (67%) this season seeing both sides score. York haven't been as prolific in this metric but have scored in their last seven straight games so should get on the scoresheet here.

We move from the north of England to the north of the UK and a Scottish Final clash at Hampden Park. Rangers will be hoping to soften the heartache of their devastating penalty loss against Frankfurt, in the Europa League final in midweek, by picking up their first silverware of the season here. Hearts haven't won any major top tier honours since 2011/12 so this is a momentous occasion for the Jambos too!

Both clubs rank in the top half of the Scottish Premiership for BTTS and although Rangers are on a great domestic unbeaten run, they are conceding goals - they've failed to keep a clean sheet in six of their last eight matches in the league - including last week against Hearts. Hearts have had BTTS land in six of their last seven games.

We move into Italy and the final gameweek of the Serie A season. Lazio are guaranteed European football, but need something from this game to ensure its the Europa League and not the Conference League they will be playing in next season. Hellas have had another solid season and a point here would see them finish in the top half of the table.

Our last game is in the German DFB Pokal final and a surprise line-up featuring 6th placed Freiburg and 4th placed Leipzig. Leipzig will be hoping to go one better than last years final loss, for their first ever Pokal win, whilst Freiburg have never been in a major German Cup Final in their history.