FA Cup Tips: Two teams to defy the odds in the third round 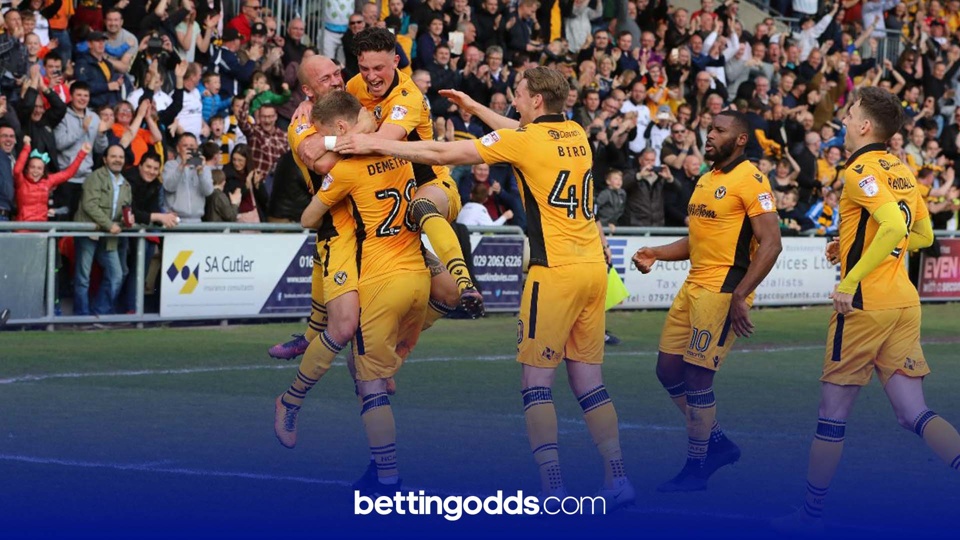 Newport have a good record in recent years in cup competitions and feature in our tips for the FA Cup third round
By Anthony Eadson
11:01 Friday 8th January 2021 - 3 minute read

It’s the FA Cup third round this weekend and here at BettingOdds.com we’re ready for all the cliches. One we won’t be hearing this year is ‘a day out for the fans’, which is a huge shame thanks to Covid-19, although with this phrase one wonders have fans ever had a day out for anything other than football?

Anyway, seen as we’re all stuck inside we’ve picked out a couple of potential banana skins for Premier League sides this weekend as part of our football tips on BettingOdds.com The double currently pays best with William Hill at 105/1, with three two coming over Saturday and Sunday.

Manchester City are the current 7/2 favourites in the FA Cup winner market for this season's renewal, given a 22% implied probability of lifting the trophy at Wembley in May. Bet365 go 6/1 for Jurgen Klopp’s Liverpool to taste victory, with Chelsea, Manchester United and Tottenham all priced at 8/1.

Sheffield United travel to League One Bristol Rovers on Saturday. After winning just three games half way into November, The Gas parted company with manager Ben Garner and brought in Paul Tisdale. Since then the club have been on the up and have now won four of their last five matches in all competitions.

The Blades could only dream of a league win at the moment as they sit rooted to the bottom of the Premier League table with just two points from 17 games. It will be interesting to see how much Chris Wilder will rotate his side, and there’s no denying he will be craving that win to try and spark his team into life in the league. At 18/5 Bristol Rovers are worth a small play considering how low the feeling must have been over recent weeks around the Sheffield United camp. Brandan Hanlan has six goals to his name this season and players such as Erhun Otzumer can play their part in this a game where we could see a bit of ‘the magic of the cup’.

The second part of this double for the FA Cup third round is for Newport to win, as they welcome Brighton to Rodney Parade. Newport are currently second in League Two, and manager Michael Flynn is no stranger to a David v Goliath clash, where he has prevailed over recent years.

In 2018 Flynn knocked out Championship Leeds United in the FA Cup before playing Tottenham where they took Mauricio Pochettino’s side to a replay that they would go on to lose  2-0. The following year Newport produced another upset by beating Premier League Leicester City as well as knocking out Middlesborough who sat two leagues above them. Flynn’s side have knocked out Watford and took Newcastle to penalties in the EFL cup this season and at 6/1 they look an attractive proposition with a manager with plenty of cup pedigree against a weakened Brighton side who have won just one of their last 16 games!

It may not be the same without fans but enjoy the FA Cup third round and good luck to those following the selections. Please always gamble responsibly.

Upset of the Day came at Rodney Parade as Newport County stunned the Premier League's Leicester City, to advance to the FA Cup fourth round... https://t.co/JyWVTQIyL6