FA Cup Betting: Three players to be booked in the third round 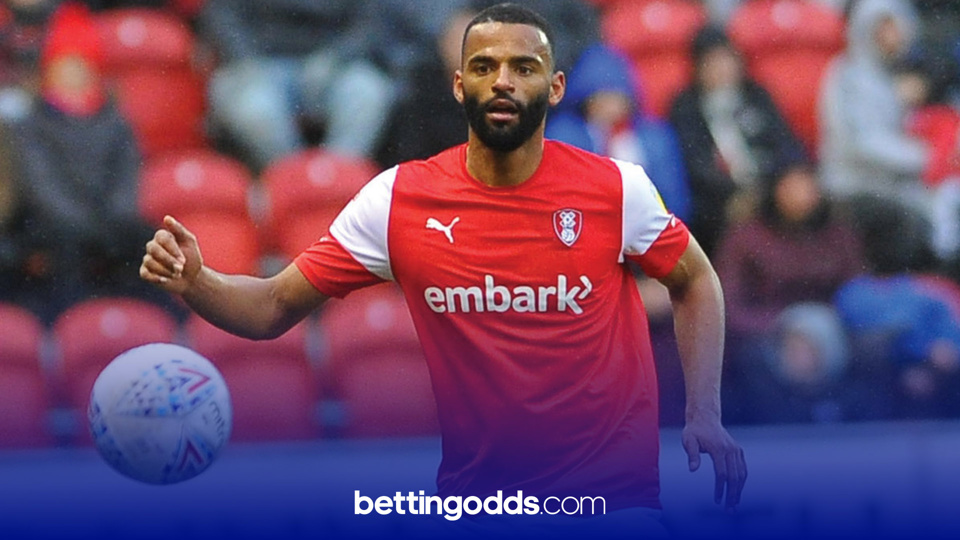 It's the FA Cup third round this weekend, which means that there should be plenty of changes made by managers in order to distribute playing time to some of the lesser-used members of their squads.

Some of the smaller sides from the football pyramid will pit their wits against a number of the big guns from the Premier League, in the hope that they can write their names in the competition's history books by causing a big upset.

And it is from three of these matches where I feel I've found some good value in the card markets; below you will find three single bookings bets from this weekend's matches taking place at Goodison Park, Stamford Bridge and the Memorial Stadium.

You can either back these tips as singles, or compile them as a treble to make an appetising 28/1 shot with bet365.

Kicking off my trio of selections is Rotherham centre-back Michael Ihiekwe. The 28-year-old is his side's most booked player this season with a mammoth seven yellows to his name, and he has found his way into the referee's notepad in four of his previous seven outings for the Millers.

Ihiekwe is certainly going to be kept busy here, especially as he could line up directly against Toffees leading man Dominic Calvert-Lewin should the England international start this clash.

Even if he doesn't, Cenk Tosun will certainly prove difficult to handle despite his limited playing time this time out, and considering the fact Ihiekwe has committed 1.5 fouls per game on average and practically paid rent in the book this season, I could see him in for a tough afternoon which could well lead to him picking up another card.

Moving onto the 3 o'clock kick-offs now and the next name on my list is Bristol Rovers centre-half Max Ehmer to be carded against Premier League strugglers Sheffield United. The German is his club's most booked player this season with five yellows to his name, while he has also averaged the second-most amount of fouls per game this term with 1.7.

The Blades are massively struggling in the Premier League this season but they still possess a great deal of quality, especially up-top. Record signing Rhian Brewster has seen starts limited in the top-flight so far but could line up from the outset for this cup clash, and should that be the case then he will definitely prove a tough man to handle given his pace and athleticism.

Ehmer will be the man tasked with marking Brewster, or whoever else is chosen to lead United's front line here, and given his reputation in League One so far, you'd feel as though he could be primed to pick up his sixth card of the campaign.

Finally, to round things off I'm plumping for a 5/2 shot as Chelsea welcome League Two outfit Morecambe to Stamford Bridge on Sunday. The Shrimps have been impressive in the league this season and currently lie 7th in the fourth tier, but will have a huge job on their hands to defeat a strong Chelsea side on home turf, regardless of the fact Frank Lampard is set to play a weakened side.

With the amount of quality in depth the Blues have I expect them to control the game from start to finish with the likes of Billy Gilmour and Kai Havertz pulling the strings in midfield. £90m summer signing Havertz is experiencing a slow start to life in England but he should have a field day in this one, and the playmaker will be directly up against Morecambe's holding midfielder Songo'o, who's disciplinary record speaks for itself.

The Cameroonian has picked up five yellow cards (two in his last three outings) and averages 1.7 fouls pG in 20/21. Facing such tricky opposition, I feel like he could be a great pick for a card this weekend and think his price of 5/2 represents some tremendous value, which rounds this treble off to make it a very attractive 28/1 shot with bet365.