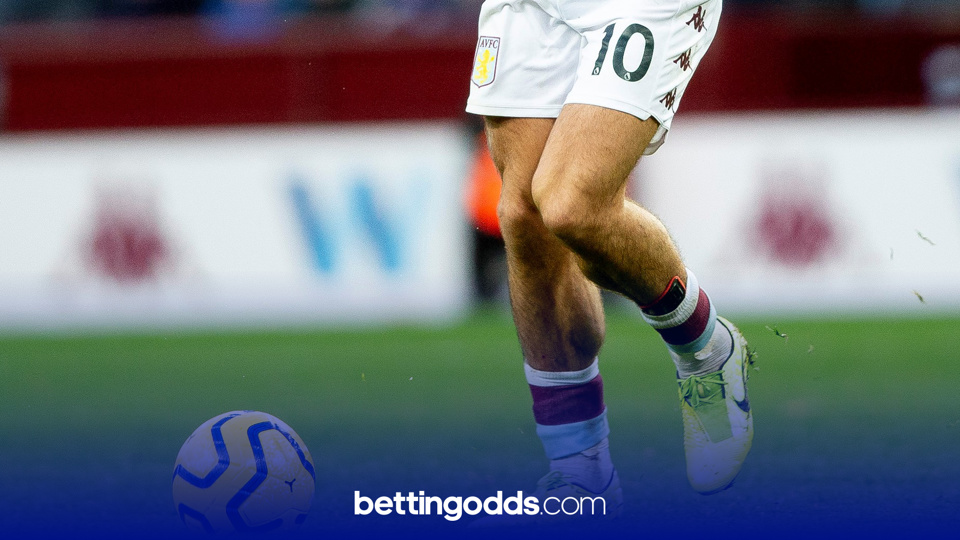 Over the last few years we have seen the progression of football analytics and now seen key metrics such as expected goals (xG) featured on mainstream programmes such as Match of The Day.

xG is the measure of chance quality based on the likelihood of a goal being scored from that particular chance. There’s a similar methodology that is applied by companies such as Opta to calculate expected assists, which you might see represented as xA. Here at BettingOdds.com we will run you through what exactly expected assists are and what they can tell us.

Expected assists and how it’s calculated?

The expected goals metric (xG) gives us insight around performance of strikers but leaves out players who aren’t taking as many shots such as wing-backs and midfielders, as they do not take a large enough quantity of shots to give an xG sample size of any significance.

That’s where expected assists (xA) comes in nicely. Expected assists measure the likelihood that a pass will end up becoming an assist. Certain factors are considered when calculating the xA of a pass, with the most important being the finishing destination of the pass. For example, a pass which is received by a striker close to goal is more likely to result in assist than a pass that finds a striker when he’s on the half-way line.

The type of pass is also taken into consideration, with aerial crosses generally being a lot harder to convert as opposed to ground passes. Expected assists (xA) credit all passes, no matter if they result in an attempt on goal.

During a match, one player could make several key passes that result in a shot being taken, yet see none of them turned into goals. On the other hand, a different player might make a basic pass on the half-way line and be rewarded with an assist should his teammate score after picking up the ball in that position. This doesn’t reflect the quality of chances created by a player, so expected assists allows us to see who are the truly consistent creative players.

Expected assists models are created using a database of hundreds of thousands of shots. The xA is awarded from the probability that the average player would score as a result of the pass. One of the main advantages of expected assists is that it assesses all creative players as if they were providing for the same standard of forward. Midfielders who play for poorer teams are less likely to get assists because they have a worse standard of forward in front of them. Put a midfielder from Grimsby Town in the Real Madrid team, and he would naturally get more assists than he would if he was still at Grimsby.

xA in this season’s Premier League

Here below we can see the top five players so far in the Premier League ranked by expected assists. This is the sum of the xA figures a player has been awarded for each game this season. Jack Grealish currently sits in first place with the expected goals model revealing that based upon the quality of Grealish’s passes, the 25-year-old would have expected to tally 7.21 assists this campaign. 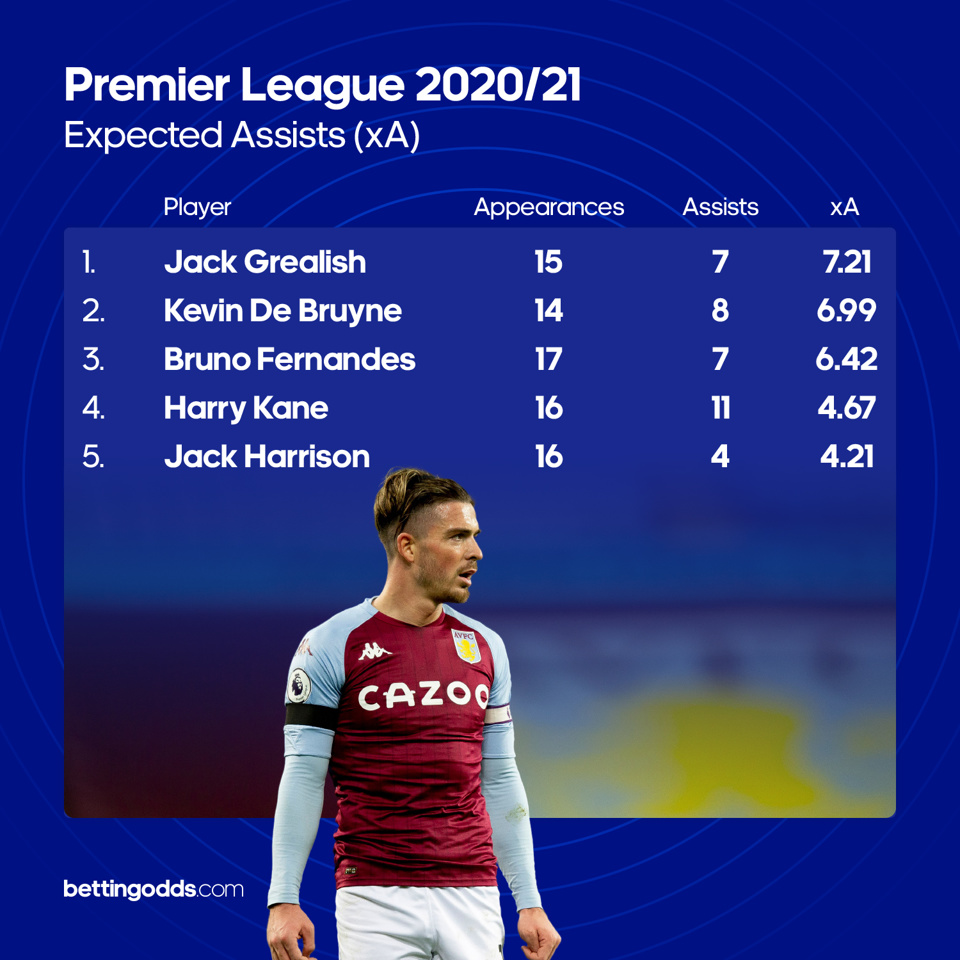 One thing that jumps out from this table is Harry Kane’s xA figures. Many people would argue that Kane has been the most creative player in the Premier League this season based upon the England forward currently having the most assists to his name with 11. By looking at Kane’s xA figure of just 4.67 and we can come to a conclusion that he has benefitted from some quality finishing from his teammates.

This clinical finishing has been largely thanks to Son Heung-Min for whom Kane has assisted nine times. Son’s figures have been somewhat of an anomaly this campaign with the striker scoring 12 goals from a remarkable 21 attempts. That’s a 57% conversion rate (the highest in the league) and it tells us that Kane might not have been quite as consistently creative as others in the division this season.

A player who we may compare to Harry Kane is Jack Grealish. The Aston Villa midfielder passes have merited him with a xA figure of 7.21 this season which is 3.54 higher than Kane. Grealish has seven assists in total and where Kane’s numbers are inflated by the quality of teammates around him, Grealish’s are slightly hampered. From these figures we could well argue that with a higher standard of teammate, Jack Grealish’s assist numbers this season would be higher and that he has been the most creative player in the league this campaign.