Everton vs. West Ham Betting Tips: Back Soucek as an anytime goalscorer on Sunday 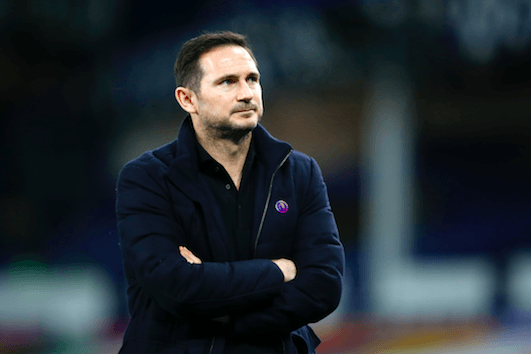 Live on Sky Sports, Everton host West Ham in the Premier League at Goodison Park this Sunday at 2.15pm.

After losing their first two league games, Frank Lampard’s men have drawn four consecutive league games including a well deserved point at home against a strong Liverpool side. They are one of only two teams alongside Leicester City yet to win a premier league game so far this season and will be desperate for 3pts this weekend against West Ham.

With just 4 points on the board, they are just above the relegation zone on goal difference and will be looking to distance themselves from the drop-zone. Visitors West Ham have also had a poor start to the season sitting in the relegation zone after winning just one league game so far this season and suffering four defeats. However, their performances in Europe have been encouraging as they have won back to back games in the UEFA Europa Conference league against FCSB and Silkeborg.

Everton had their game against Arsenal postponed last week so come into this game with 2 weeks of rest since their draw against Liverpool while West Ham played midweek in Europe so the home side will be looking to take advantage of that. This is an incredibly tough game to call and I will be steering clear of result based bets in my preview.

A hugely significant Premier League clash awaits us and as usual, I have you covered with 2 of my best betting angles for this game included in the preview below:

Nayef Aguerd & Johnson are out for West Ham. No other injuries/suspensions.

- Anthony Gordon over 1.5 shots in the match

- Jarrod Bowen over 0.5 shots in the match

Anthony Gordon is averaging three shots per game in the Premier League so far this season and he is also Everton’s leading goalscorer with two goals. He also cleared the “over 1.5 shots” line in the home game against Liverpool. Jarrod Bowen is averaging 1.8 shots per game in the Premier League this season and has had at least one shot in every single game so far this season including the games against top teams Chelsea, Manchester City & Tottenham. Combining these 2 selections gives us a solid bet builder @ 5/6 and I am happy to stake 1pt on that as our main bet for this game.

Tomas Soucek is always a huge threat from set pieces for West Ham. He averages 1.7 shots per game this season and has already scored two goals, with one of them coming in the Premier League against Tottenham. We are getting a huge price of 13/2 for him to score anytime and I am happy to take that as our long shot with a small 0.25pt stake.