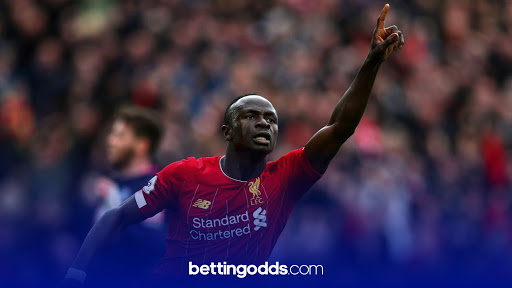 Sadio Mane has a superb record against Everton and features in our three bets this weekend
By Callum Pragnell
10:02 Friday 19th June 2020 - 5 minute read

There’s a mouth-watering Merseyside derby this weekend as Liverpool make the short trip across Stanley Park to take on Everton at Goodison.

The Reds have taken the division by storm this season and have all but confirmed their status as Premier League champions, though mathematically the job is not yet complete so another win here is a necessity.

Jurgen Klopp’s men are firm favourites to take all three points from Carlo Ancelotti’s side - who sit 12th in the top-flight heading into this fixture - priced at 11/20, an implied probability of 65%.

The Toffees, meanwhile, can be found at 9/2 to record their first victory over Liverpool since 2010.

Neither side have any fresh injury complaints, with both managers having a fully-fit squad to choose from this weekend. The game will be available for punters to watch live on Sky Sports this Sunday at 7pm, and our three football tips for the clash can be found listed below.

It goes without saying what a threat the Senegalese forward is, with 14 league goals to his name this season alongside nine assists.

Mane has a good record against rivals Everton, too, scoring four goals against the Blues in his ten meetings with them in a Liverpool shirt - one of which came when the Reds beat the Toffees 5-2 earlier this season.

The 28-year-old will be itching to hit the ground running following such a long layoff, and we expect him to find some joy against an Everton side who have really struggled defensively this term (46 goals conceded in 29 games).

Mo Salah will be desperate to add to his impressive 16-goal haul to catch Jamie Vardy at the summit of the Premier League’s top-scorer chart.

Currently the Egyptian is only three goals shy of Vardy’s season total of 19, and will have one eye firmly on winning his third consecutive Golden Boot award this time around, but will only achieve that feat with a strong end to his campaign.

Liverpool will move a step closer to officially winning the Premier League if they beat Everton on Sunday, and we’re expecting them to blow their Merseyside rivals out of the water having had such a lengthy period of recuperation.

The Reds are predicted to dominate this encounter - just like they have done throughout the last 20 years - and Salah should well be at the forefront of things at the top end of the pitch if they do so.

The 28-year-old is also on penalties, further bolstering his chances of finding the net, and has registered the most shots on target this season with 44, highlighting just how much he likes to shoot when he’s presented with half a chance.

Salah’s price to score once is pretty short (evens), so we’re backing him to bag a brace at odds of 13/2 (boosted from 5/1) this Sunday. This bet is priced up at 15/4 with bet365, so you're getting tremendous value here with Paddy's. 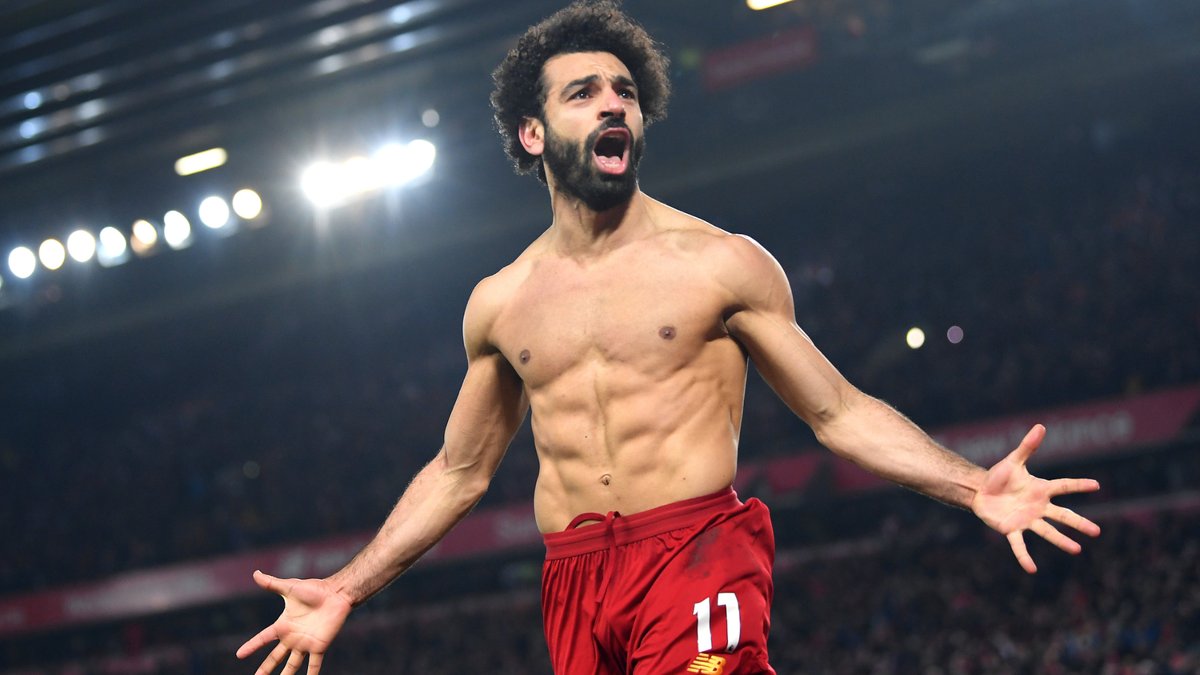 Most shots on target in the Premier League this season... 🎯🏴󠁧󠁢󠁥󠁮󠁧󠁿

We can see Liverpool running riot here in their first game back, especially due to the fact that their opening fixture is against their bitter rivals and a team who they have a fantastic record against.

Backing a Liverpool win is too much of a short price for us at 11/20, so we’re tipping them to win with a -1 handicap, and with so much attacking talent on display we’re feeling confident in their ability to run up a substantial margin against their neighbours.

Virgil van Dijk to have 1+ shot(s) on target is also included in our longshot bet for this Sunday’s clash at Goodison Park. The Dutch defender possesses arguably the biggest aerial threat in world football and is an absolute danger from set-pieces.

The Reds’ domineering centre-half has also registered the third-most amount of shots on target out of any defender in the top-flight this term (10), and we reckon he could add to that impressive tally this weekend.

Finally to round off this 22/1 longshot we’re backing Andre Gomes to be booked. The ex-Barcelona midfielder is a fantastic player on the ball and undoubtedly one of Everton’s most valuable assets, though can often be a little reckless in the challenge - as proven by his five yellow cards in just nine league starts this season.

Gomes will be tasked with containing an extremely lively Liverpool midfield this weekend, which could result in his name being added to the referee’s notepad. It's also worth noting that Mike Dean is reffing this Sunday's game, a man who has dished out the most yellow cards this season (100, 4.4 per game).

As always we hope that you thoroughly enjoy the game, but please ensure that you’re always gambling responsibly.