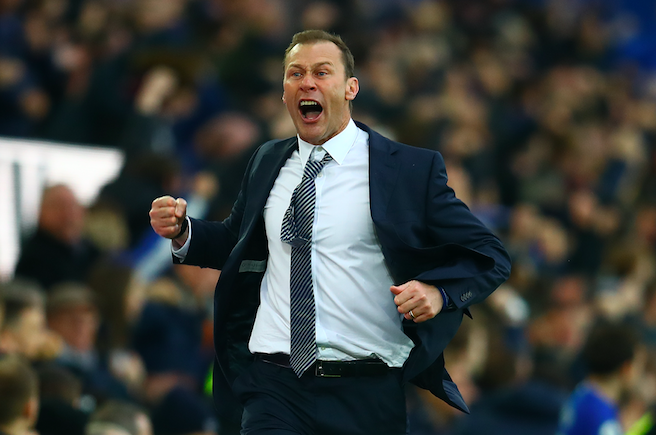 The Saturday lunchtime kick off in the Premier League comes from Villa Park and we've enlisted expert tipster @joshuapsjones for his predictions, operating at 0.08pts profit since the start of the year. Check our dedicated match zone for all Everton v Aston Villa odds, stats and predictions.

Steven Gerrard heads back to Merseyside for the early kick-off to try and do something he spent most of his playing career doing, beating Everton in the Premier League.

He takes his Aston Villa side, buoyed by last weekend’s deserved comeback draw against Manchester United, to Goodison Park in the hope he can improve on his career-high 17 victories against The Toffees. It’ll also be an immediate return to Walton for Lucas Digne, who left the hosts for Villa less than two weeks ago amid a dispute with Rafa Benitez.

The £25m fee the visitors paid for the Frenchman made him their 4th most expensive player ever, and he’ll be looking to make his former employer regret choosing the Spaniard over him.

In fact, the decision to sell Digne over the dispute became even more baffling when Benitez was sacked following defeat at Norwich last weekend - after a torrid few months that sees Everton placed precariously just above the drop zone.

Taking caretaker charge then is club legend Duncan Ferguson, making it his second spell doing so after being handed the reins in 2019 after Marco Silva’s dismissal.

‘Big Dunc’ will have both Dominic Calvert-Lewin and Richarlison available for this one, which is a huge boost given the pair have missed a combined 27 Premier League games already this season.

He’s without Alex Iwobi - who is still on AFCON duty - while Tom Davies is expected to miss another month and the duo of Allan and Fabian Delph will have to recover from illness. Meanwhile, Anwar El-Ghazi is unable to face his parent club.

For the visitors; Bertrand Traore and Trezeguet are still on duty in Cameroon, whilst Ezri Konsa joined Marvelous Nakamba and Leon Bailey on the physio table. They are, however, boosted by the return of Scotsman John McGinn - who has been integral for Gerrard so far.

Whether Philippe Coutinho starts will be an interesting story to keep an eye on, as a goal and an assist off the bench for him last week earned them a more-than-deserved draw against Manchester United.

He looked like a player reborn on his debut, breaking the shackles of a torrid time in Barcelona, and he’ll be hopeful of slaying another of former-club Liverpool’s rivals in Saturday’s early kick-off.

I’ll admit I was a little shocked to see this price available for both sides to find the net given their recent form.

Everton have seen goals at both ends in each of their last seven games in all competitions, including their last three home games, whilst Villa have kept one clean sheet away from home since September.

Returning to the starting XI for the first time in over a month, Richarlison catches my eye as a potential booking contender.

The Brazilian forward has been more than feisty this season, racing to five bookings in his first seven starts, and is never one to shy away from a challenge. With Duncan Ferguson at the helm for this one, that’s exacerbated tenfold.