European Under-21 Championships Betting: Everything you need to know 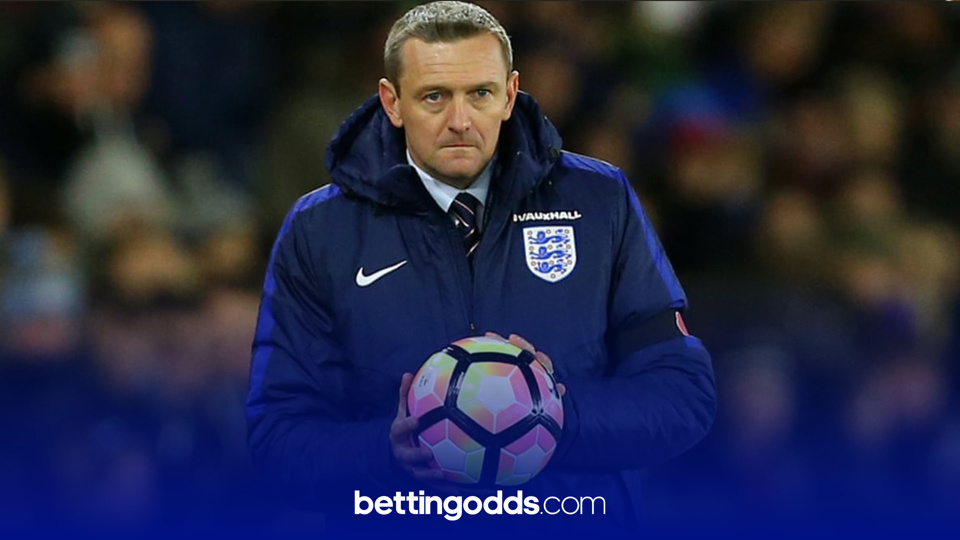 European Under-21 Championships Betting: Aidy Boothroyd's side are 19/4 to win the tournament
By Callum Pragnell
14:33 Tuesday 23rd March 2021 - 5 minute read

Covid-19 has had a massive impact on football at all levels, with the grassroots and non-league game brought to an abrupt halt for the second season in a row this year. The professional game continues to be played behind closed doors and will do until May at the earliest, with fans not expected to return in full capacity until next season.

International football has been impacted greatly, too. As we all know, Euro 2020 will now take place this summer as opposed to last due to the pandemic, and as such this has meant that the Under-21 European Championships - which were initially scheduled to take place this June - have had to be brought forward.

The tournament will now take place over the next ten-and-a-half weeks, across two separate periods. The group stage commences tomorrow and will run for seven days, before a break is introduced as players return to their clubs to see out the remainder of their domestic seasons.

Then, the tournament will return for the quarter-finals on May 31, ending with the final on June 6 - five days before the senior European Championships kick-off. In total, there will actually be just nine days worth of football played. The competition will be held in both Hungary and Slovenia, with the final taking place in the Slovenian capital of Ljubljana.

A total of 16 teams will battle it out for the trophy, split into four groups of four; the top two sides from each group will progress through to the quarter-finals. No fans will be permitted to attend the upcoming group stage matches, but Uefa says that a decision will be made on the knockout rounds nearer the time.

The European Championship betting is extremely tight, with France just a touch ahead of Spain in the outright market, priced at 4/1 (Spain are 9/2). England are third-favourites, priced at 19/4, followed by Germany at 6/1, the Netherlands and Italy at 8/1, and Portugal at 12/1.

Who will England play?

England have been drawn in Group D for the Euros, alongside Portugal, Croatia and Switzerland. Each of the Three Lions’ group stage matches will take place in Slovenia.

There will be a number of high profile players at the Under-21 European Championships. England’s squad features the likes of Arsenal wonderkid Emile Smith-Rowe, Manchester United’s Mason Greenwood and Chelsea’s Callum Hudson-Odoi - among many others - so there is a good chance that the Young Lions will travel far in the competition and you would certainly back them to qualify for the knockout stages in May.

France have undoubtedly got the strongest squad, however, with the likes of Leeds goalkeeper Illan Meslier, Leicester defender Wesley Fofana and Celtic frontman Odsonne Edourad - who currently leads the way in the Scottish Premier League’s top scorer chart with 16 goals in 26 games - all part of their 23-man squad.

The Les Bleus squad also includes Arsenal midfielder Matteo Guendouzi, who is currently on loan with Hertha Berlin, AC Milan defender Pierre Kalulu, Rennes’ 18-year-old superstar Eduardo Camavinga and Lille striker Jonathan Ikoné, so it looks like they will be the side to beat at Euro 2021, especially as they have been placed in the weakest group (on paper) alongside Russia, Iceland and Denmark.

Away from France, holders Spain have a number of talented individuals in their squad. Barcelona midfielder Ruqui Puig is tipped to be one of the brightest young players in world football, and he will play a key role in La Furia Roja’s title-defence this year. Roma’s Justin Kluivert, the son of Barcelona legend Patrick who is currently on loan at RB Leipzig, is in the Netherlands squad, while Barcelona’s highly-rated winger Francisco Trincao will be representing Portugal. 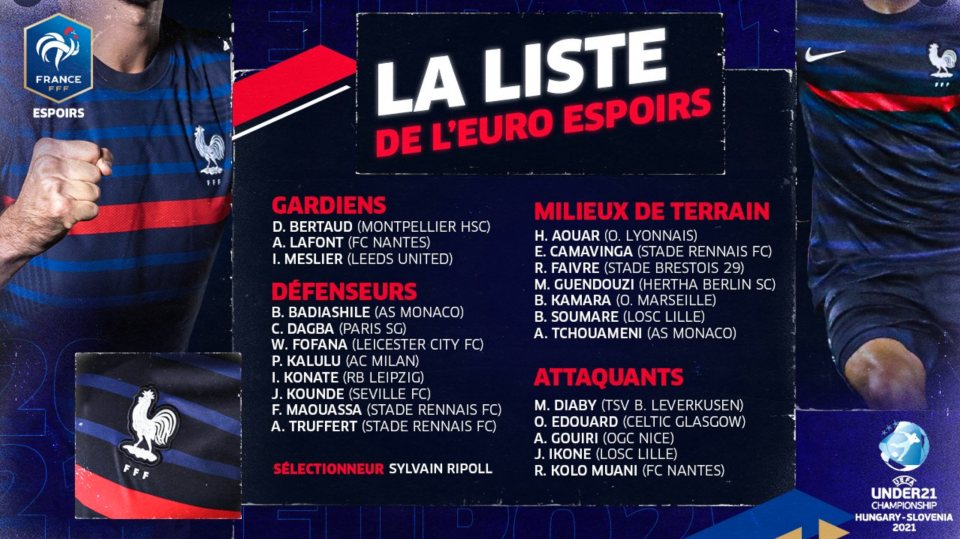