European Football Tips: Jimmy The Punt brings you three plays from across Europe 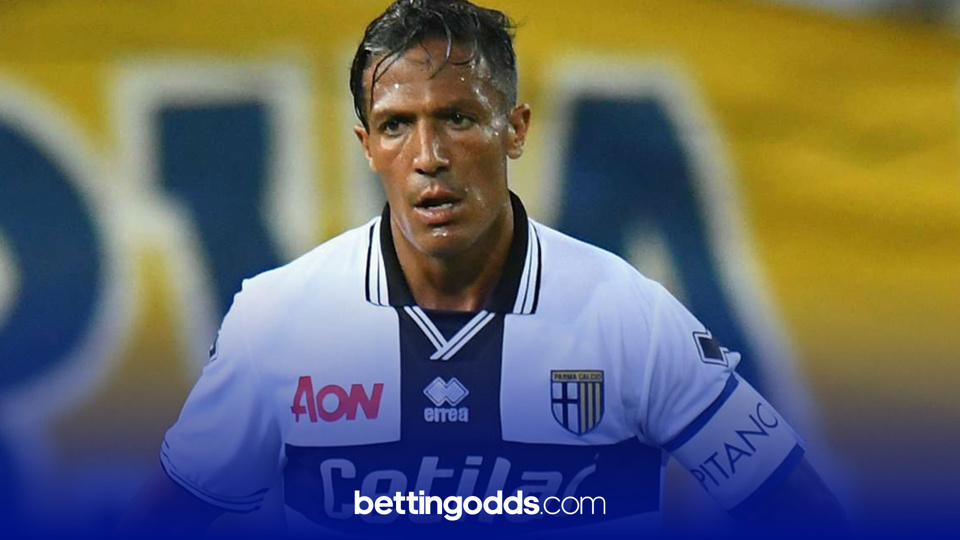 For my first BettingOdds.com article I've took to the continent, on the hunt for value via the player shots on target and card markets. I have scoured Ligue 1, the Bundesliga, La Liga and Serie A and have three football betting tips priced at 7/4, 4/1 and 106/1.

My NAP comes courtesy of Friday's Bundesliga clash between Schalke and Stuttgart; my next best bet is a wager on the card market in Italy and my long-shot comes into play for Mgladbach's game against RB Leipzig.

The Argentine international finished as Stuttgart's top goalscorer with 14 goals last season, however he is yet feature for the Reds in the Bundesliga this campaign.

Gonzalez is 7/4 with Betfair to have a shot on target, a feat he failed to manage just six times last season in 27 appearances in the German second tier. In all competitions - 29 appearances - he averaged 2.82 shots and 1.38 shots on target per game. That means a staggering 48.8% of his shots hit the target! In his last ten starts he has scored eight, averaging 1.78 shots on target a game.

Schalke haven't won a competitive fixture in their last 23 attempts, their last victory came on the 17th January 2020, shipping 59 goals in the process. This season, no side has conceded more goals (19) or shots on target (35) than the Royal Blues, all of which bodes well for this selection.

It is also worth noting that Ladbrokes have him priced at 7/20 for one shot on target and 8/5 for two. This gives Betfair's prices - 7/4 for one and 10/1 for two - even more appeal. Given the underlying statistics and the weakness of the opponents I think the biggest gamble with this bet is if Gonzalez will start or not. However, this price is just too big to pass up.

Next Best: Bruno Alves To Be Carded vs Inter Milan - 4/1 with UNIBET

Unibet have Bruno Alves considerably longer than other bookies to be carded with the next best price available been 17/10 with Betfred.

He's 4/1 with Unibet - also available with 888 Sport - which implies the probability of him getting booked is 20% yet Alves has received a booking in 24% of his appearances over the course of his career. That's 138 cards in 572 appearances.

The veteran centre-back is set to slot back into Parma's back four having missed the last few games due to quarantine regulations. In his three starts this season he has already received two cards which is staggering given the fact that prior to that he had only had only received 12 bookings in 67 appearances for The Cusaders.

You may argue that this season data is to small of a sample size to rush to conclusions and that the averages will work themselves out. However, having watched Parma a lot this season I'd say it might be a season too many for Portuguese defender who turns 39 in November.

Not that there is such a fixture in Serie A but Saturday's tussle in Milan will be not be a game to ease Alves back into the swing of things either; all but one of Internazionale's opponents have had a centre back booked this season.

Luca Pairetto has the whistle for this one. The referee has awarded four cards in his only Serie A appearance of the season - two centre-backs received cautions - and ten cards in total in the two Italian games he has overseen. Over the course of his career, Pairetto has averaged 5.04 yellow per game in Serie A.

Despite, predominately playing at left wing back, nobody has scored more goals RB Leipzig than Angelino. The Spaniard has racked up four goals in all competitions. He has averaged 1.8 shots per game in the Bundesliga this season with seven of his nine shots hitting the target. Unbelievably, 88.8% of his shots have been goal-bound!

Hofmann has also averaged 1.8 shots per game in Germany this season, registering a shot in target in all five of his appearances. He's a really cute player that operates between the lines and he can be deadly when given space in behind.

Given the attacking prowess of both sides and the fact that both suffered disappointing results midweek I expect this fixture to be a humdinger with both sides going gung-ho. Between them, they have already equated 157 shots this season; RBL rank second in the league for shots on target (29) and The Foals are forth (26). Therefore, it should be a game with plenty of action in-front of goal and I expect Angelino and Hofmann to be at the helm of this.