European Football Tips: Shots on the cards across the biggest games of the weekend 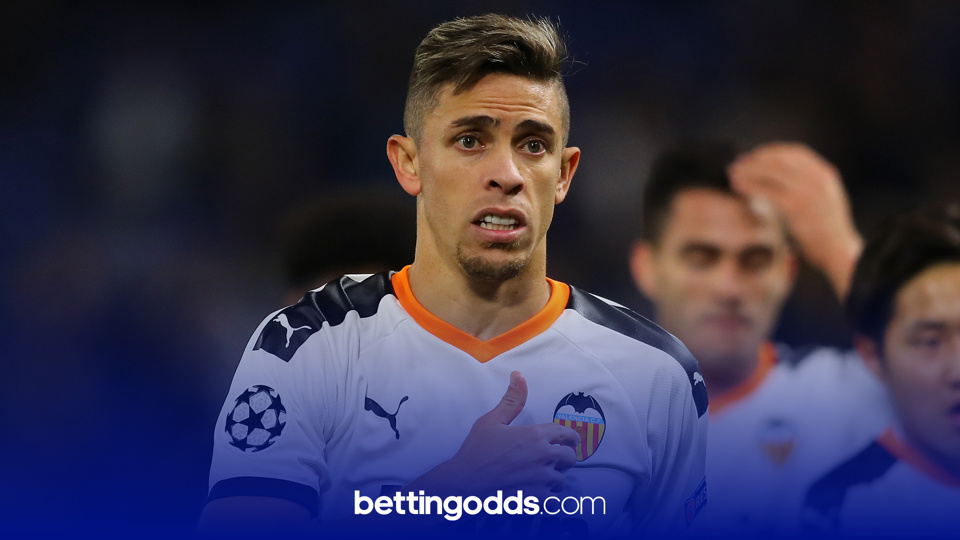 Jimmy the Punt brings you his three football tips from the standout games across Europe this weekend.

Once again I've trawled through the shots on target and cards market on the hunt for valuable prices from the tastiest fixtures on the continent. My picks this week are priced at 13/10 and 10/3, with a longshot at 160.2/1.

My NAP comes courtesy of an emotionally charged Derby del Sole, as the mourning city of Naples welcomes La Lupa. Roma have been in scintillating form as of late and come into this one of the back of four domestic wins in a row and are through to the knockout stages in the Europa League following victory midweek. A win could take Napoli back intot he UCL spots- providing results elsewhere in Serie A go their way- but will have to face Roma on Sunday without; Victor Osimhen (injured), Amir Rrahmani (injured), Tiemoue Bakayoko (suspended) and Elseid Haysaj (COVID).

My next best and longshot selections come via Valencia's clash with Atletico Madrid in La Liga. Visitors Atletico will be looking to make it six league wins from six as they travel to Mestalla on Saturday. However, they may have to do it without their formidable strike partnership of Luis Suarez and Diego Costa. Priced around 7/10 their implied probability of victory is 59% yet at these odds they have won around 70% of their matches!

With Victor Osimhen sidelined with injury, Napoli's all time top goalscorer is set to lead the line for the third time this season.

Despite the fact that Dries Mertens always operates in an advanced role, when playing as an out and out striker his shot statistics see a radical rise. In the two games he's already played as an ST this season, he's averaged four shots per game and hit the target five times. In his more frequent role as an attacking midfielder, he averages 2.8 SpG and averaged a shot on target a game. It is also worth noting two of his three league goals came as a striker.

The Brazilian centre-half could be in for a long afternoon on the eastern coast of Spain as he lines up to face Los Colchoneros wonderkind Joao Felix.

With three cards already to his name in just seven appearances this season, Gabriel Paulista won't be looking forward to the prospect of facing Joao Felix who has been in fine fettle as of late. With Suarez and Costa both sidelined, Felix is reaping the rewards of a stint as Atleti's main man and will be brimming with confidence for this one as he has bagged four in his last three league appearances.

The fact that the man with the whistle for this one is Richardo de Burgos Bengoetxea is a big factor for this selection. He is the referee that tops the charts in La Liga for most cards per game averaging 6.25! This season he's awarding the following card totals; 8/4/5/6/8, that includes two penalties and a red. So as far as referee appointments go, I think we've got the best of the bunch for this one. It is also worth noting that Gabriel Paulister was booked in the penultimate Valencia game tomorrow's ref took charge off. He was also booked when the sides last met in La Liga.

Price wise, Gabriel Paulista is as short as 23/10 elsewhere.

Gabriel Paulista slide tackles Marcelino. Because of course he does. 😂 https://t.co/nfnWQ6Add3

The most carded players in La Liga have accumulated four yellows, Gabriel and Koke are amongst the chasing pack with three. The latter has picked up all of his domestic cards in his last four league appearances, he also tops Atletico Madrid's charts for cards and for fouls averaging 1.9 per game.

In terms of shots on target, the fact that Thierry Correia is pushing for a return at right back could see Daniel Wass feature as a centre midfielder.

As a midfielder, Wass' shots per game average increases drastically (1.8)  from what it is when he plays in defence (0.6). When operating further up the pitch, he's registered a shot on target in three out of five appearances and in both the games he didn't manage one, he had a goal bound shot blocked! Priced at 16/5 for an shot on target with Betfair they clearly have him down to start at right back so I would not put anyone off backing the single, line-up permitting!

I also fancy Correa in the shots on target market. If you'd like to have him as a single, William Hill have the best price at odds against. The Argentine will likely be starting alongside Joao Felix in attack with Diego Costa ruled out and Luis Suarez a doubt. As a striker, Correa has averaged 1.8 shots per game this season- shots per game on target of 0.4 as a right midfielder- and had a goal bound shot in four of his five appearances up-top!