England are now the favourites in the Euro 2021 Winner Betting and are the shortest price to win a major tournament that they have been in the last 26 years.
By Anthony Eadson
12:21 Monday 5th July 2021 - 3 minute read

As the dust settles on England's most convincing win so far at Euro 2021, just four teams remain in the tournament. The semi-finals will take place over Tuesday and Wednesday with England’s clash with Denmark taking place at Wembley at 8pm Wednesday.

England had been favourites with some bookmakers to win the tournament over the last year, right up until a few weeks before the tournament. France were sent off the pre-tournament favourites but with them now out of it, and England’s emphatic win against Germany, Then Three Lions are now back into favourites!

England are now as short as 11/8 with some firms to lift the trophy, an implied probability of 42.1%. After England's game with Germany, Betfair announced that England’s price is now the shortest they have been to win a major tournament for 25 years.

Italy come next in the betting with most bookmakers going 9/4 on Roberto Mancini's men lifting their first bit of silverware since 2006. Spain can be backed at 3/1 with Denmark with outsiders of the quartet, at 9/1 after showing excellent spirit to reach the final with some excellent displays. 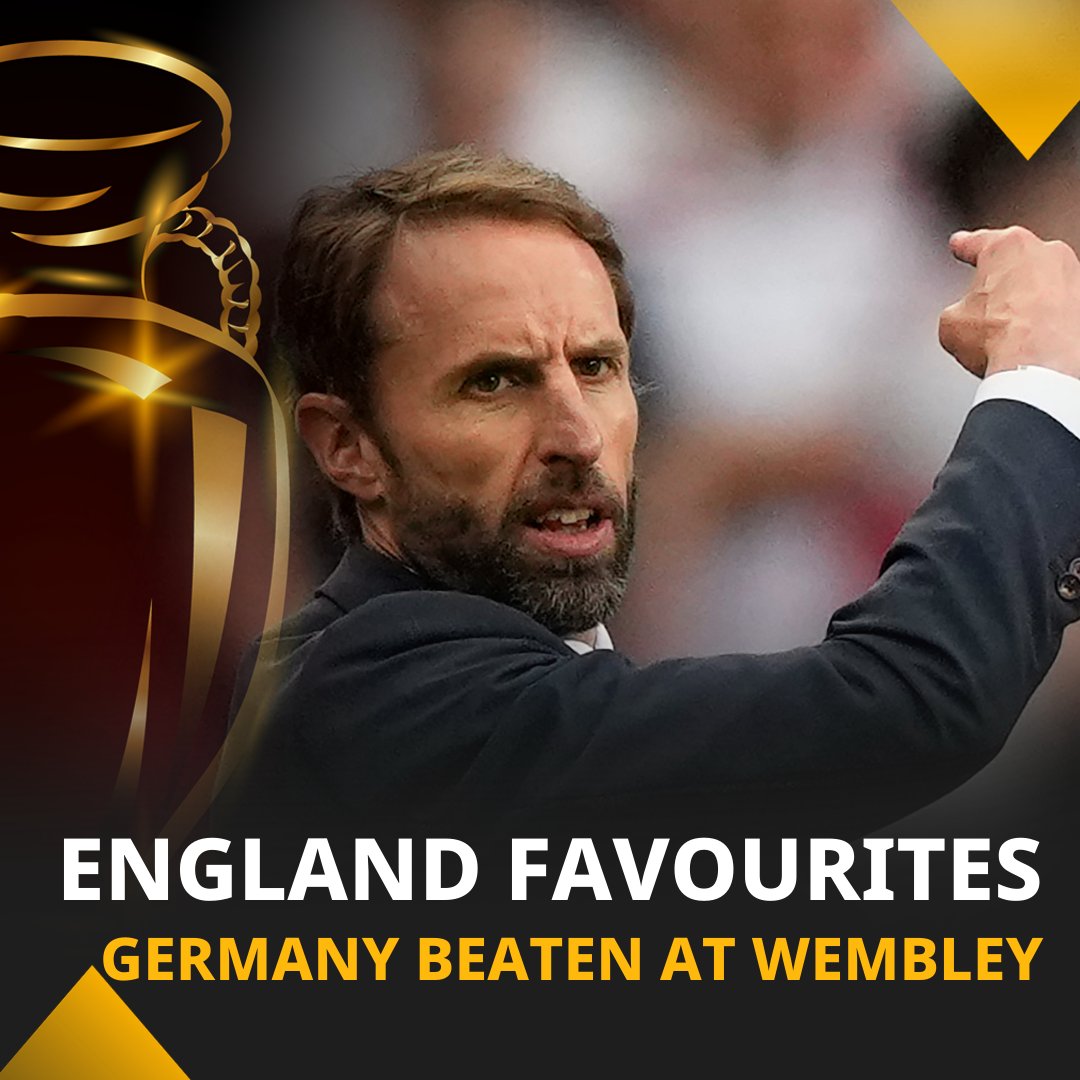 📈 The shortest price they've been to win a major tournament for 25 years!

The ‘Group of Death’, where they all died before the quarters

Before a ball was kicked at the tournament many fans had identified Group F as the potential ‘Group of Death’. With France, Portugal and Germany all being drawn together it meant that three of the seven teams to be sent off at 8/1 or shorter would all meet in the group stage.

Hungary gave an excellent account of themselves being the other team in Group F but missed out on the round of 16 by the barest of margins. However, despite all progressing from Group F, France, Portugal and Germany have all been dumped out of the competition in the round of 16.

So can we win it?

England are priced at just 2/7 with Paddy Power in the ‘to qualify’ market against Denmark and make it to their first major final since 1966. That’s an implied percentage of 77.8% and should Gareth Southgate’s side do that they would then face Italy or Spain in the final.

England are yet to concede a goal at the Euros which is a stat that cannot be ignored at this stage of a tournament. There’s no doubt England will fancy themselves against Denmark although they should expect a much stiffer test than The Ukraine provided on Saturday. With Harry Kane finding his scoring boots and with home advantage of playing at Wembley, there's absolutely no reason to think that England cannot see off the Danes on Wednesday.

Looking further ahead to a potential final and it's tough to call for who England could face with Italy at 4/5 just edging into favourites over Spain 21/20. Here at BettingOdds.com we fancy the Italians to edge out Luis Enrique's side on Tuesday evening and set up a mouth watering clash with England on Sunday but with the way the Three Lions are performing there's every reason to believe that football really is coming home.