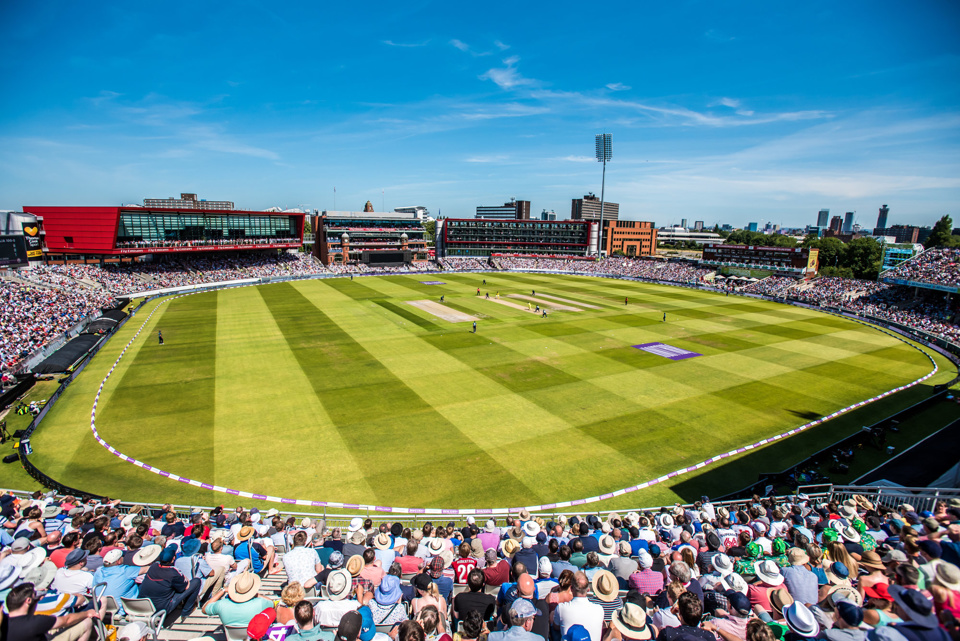 Is that the sound of England's experimental 'Bazball' balloon deflating? Ben Stokes and Brendan McCullum's men fell back to earth in spectacular style at Lords, being smashed by an innings in around two days of actual cricket. Can they now get back into this three match series at Old Trafford and start the Bazball revolution rolling again? Our man Adam Roberts is back from his hols and ready to get his teeth stuck into this one. He's picked out three bets for your perusal.

Well that was inevitable wasn't it? After the highs of the New Zealand and India test matches earlier in the summer, South Africa delivered a 90mph+ bouncer straight into the grill of English cricket at the Home of Cricket. Possessing possibly the most fearsome bowling attack in world cricket, The Proteas demolished the hosts in devastating fashion, taking 20 wickets for just over 300 runs. All four pacemen chipped in, be it Lungi Ngidi bowling with control and penetration, Kagiso Rabada with the lowest strike rate in world cricket for any man with 250+ wickets, Marco Jansen with his height and late left arm swing or the sheer bloody raw pace of Anrich Nortje.

It was obvious that this new ultra-aggressive style of cricket that England were now employing was going to result in massive ups and downs and no one can have been truly surprised by the manner of the defeat. They were behind in most games earlier in the summer and only huge comebacks inspired by Root and Bairstow managed to drag them over the line. Head Coach Brendan McCullum responded to the defeat in typical ebullient style, stating that if anything England were too timid and they weren't about to overreact and change their style now.

McCullum also made some bizarre comments in his post-match interview that they would be sticking with the utterly hapless Zak Crawley no matter what and that he needn't be consistent as he could still win England games. The 24-year-old has looked like a dead man walking in the middle for the last 12 months and hasn't scored runs at any level or in any format. As both Nasser Hussain and Mark Butcher stated this week - it's one thing being ultra positive but there comes a time when a man needs putting out of his misery as it's simply cruel for him to be suffering in such a public glare.

Nevertheless, England will resist the temptation to thrust in-form Harry Brook into the top order and will make just one change with the recall of Ollie Robinson for Matty Potts, who struggled at Lords. Robinson hasn't played for the test side since January but finally looks fit and has displayed some good recent form of late.

Onto the actual match and it appears that we could be treated to a bit of a green top at Old Trafford. This goes against recent tests and County Championship games in Manchester but if correct, could mean we are in for another shortened game. With that in mind, I'm backing this extremely strong South Africa bowling line up to fire again and should England get inserted first, we could see them skittled cheaply again. No way should England be as short as Evens given how poor they looked at Lords and the almost 2/1 on the Proteas looks huge.

Next up and we move into a couple of boosted player props that I like the look of. Regular readers of my cricket preview will know how highly I rate South Africa's Rassie van der Dussen. I tipped him up in the ODI series and he landed in style with a superb 134. He only scored 19 in the first test but showed recent form scoring 75 at Canterbury against the England Lions. The 33-year-old hasn't played a huge amount of test cricket but has very respectable averages at first class and List A level. The boosted 6/1 on offer at bet365 looks large compared to the 4/1 on offer elsewhere.

Last, but not least and we've another boosted price on one of England's form batters right now, Ollie Pope. Since coming back into the side, Pope has enjoyed a fruitful summer, scoring 145 and 82 against New Zealand and top scored for England in the first test with 73 in the first innings, when everyone else failed with the bat. The 24-year-old seems to have corrected any technical issues he had developed previously, where he was stepping over to off stump and leaving himself vulnerable to the straight ball and being trapped LBW. Again the 6/1 boost on offer is the clear top price on the market and looks value for a man in form.

England vs. South Africa First Test Odds as BettingOdds.com preview the match at Lord's and offer up their best…

England vs India 2nd T20 Odds as BettingOdds.com provide their Best Bets for the T20 Match from Edgbaston as part…