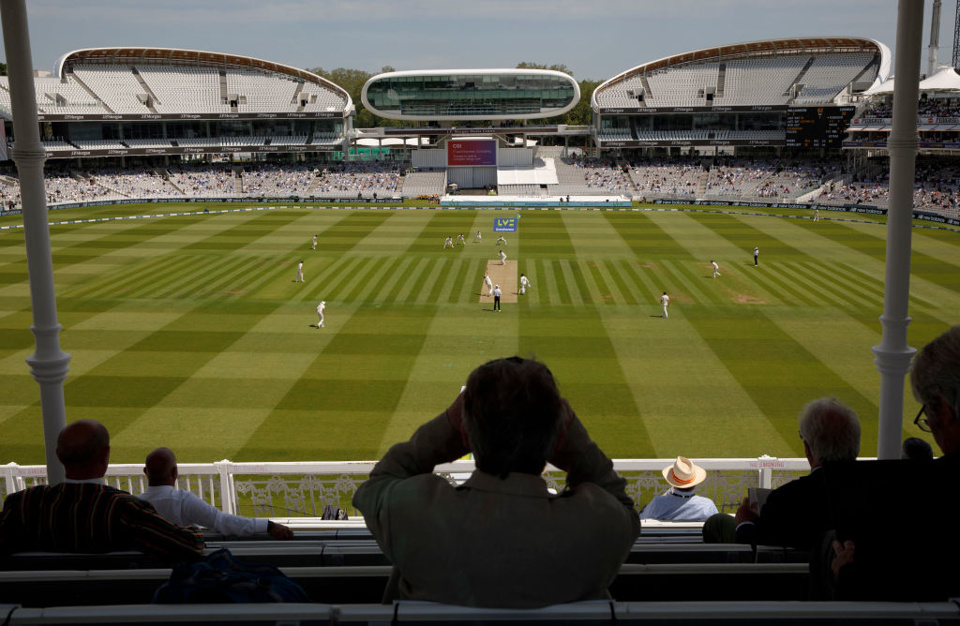 Lord's will host the First Test of the three-game series with South Africa due to start on Wednesday
By Neil Monnery
11:17 Tuesday 16th August 2022 - 4 minute read

With our regular cricket correspondent lounging on a beach and enjoying some well-earned rest, we've dragged in the boss. He's been told to stop banging on about Hampshire's incredible run in the domestic game and take a look at the First Test of the three-match series with South Africa rather than an early look at Hampshire's next game in the Royal London Cup on Friday...

A summer is a long-time in cricketing circles so it seems. A few short months ago, England were a juggernaut in the white-ball game but a laughing-stock when the coloured clothing was put away and the red ball was taken out of its box.

Now however the opposite is true. Coach Brendon McCullum along with captain Ben Stokes have installed an aggressive mantra in short-order when it comes to the five-day game and the players have responded with some incredible cricket. The return to the fold of stalwarts Jimmy Anderson and Stuart Broad has shown the team that coaches aren’t planning for tomorrow but rather for today. Pick the best team to win the next game rather than thinking about a series six months away.

With such clarity of mind, it does allow the team to express themselves but it would also be fair to say that they’ve had a bit of luck along the way. New Zealand had them in difficulty throughout that series before wonderful individual efforts clawed the home side out of a hole. In the delayed fifth test against India, England knocked off a record chase with ease as Jonny Bairstow and Joe Root saw the team home only three down.

So the positivity throughout the squad is clear for all to see. Questions still remain as to whether Alex Lees and Zac Crawley are the right men long-term to open but both will keep their places. I wouldn’t be planning on either to top score however. Ben Foakes will keep wicket for Sam Billings but apart from that change, don’t expect any others as Ollie Robinson and Craig Overton look set to wait for their chance.

As for the visitors, they will play their first Test Match for four months this week with a 2-0 series victory over Bangladesh being their most recent result. They will be harmed by the absence of Duanne Olivier who has been ruled out of the tour with a muscle tear. The 30-year-old returned to South African colours following Brexit and the dissolution of the Kolpak ruling for people plying their trade in the UK. The fitness of star pace-man Kasigo Rabada is also in doubt. Going into the first Test with both of them absent would be extremely tough to overcome.

County fans will know all about Simon Harmer, who is another player who has returned to the Proteas' fold due to Brexit. He has continued to turn out for Essex however whilst registered as an overseas player and his knowledge of bowling in English conditions could be key. The talk though is that he won’t start as Keshav Maharaj looks likely to keep his place as the sole front-line spinner. That would seem a waste to me.

Ben Stokes’ side are odds on with the bookies to win their fifth straight Test match this summer and it is tough to go against them. The best price at the time of writing is the 9/10 on offer with SBK and that seems like a reasonable bet to me. The biggest potential issue is the weather as Wednesday could well be a washout but England can still win inside of four days if need be.

Top scorer wise I like looking down the order. With a green pitch (despite the drought) coupled with heavy rain expected in London, the ball should move all over the shop early doors, which could well lead to low scores. Ben Foakes to score the most runs for England in the first innings at 16/1 with PaddyPower and Betfair seems like a small-stakes value play to me.

England vs. South Africa Second Test Odds as BettingOdds.com provide their Betting Preview for the match at Old…

England vs India 2nd T20 Odds as BettingOdds.com provide their Best Bets for the T20 Match from Edgbaston as part…