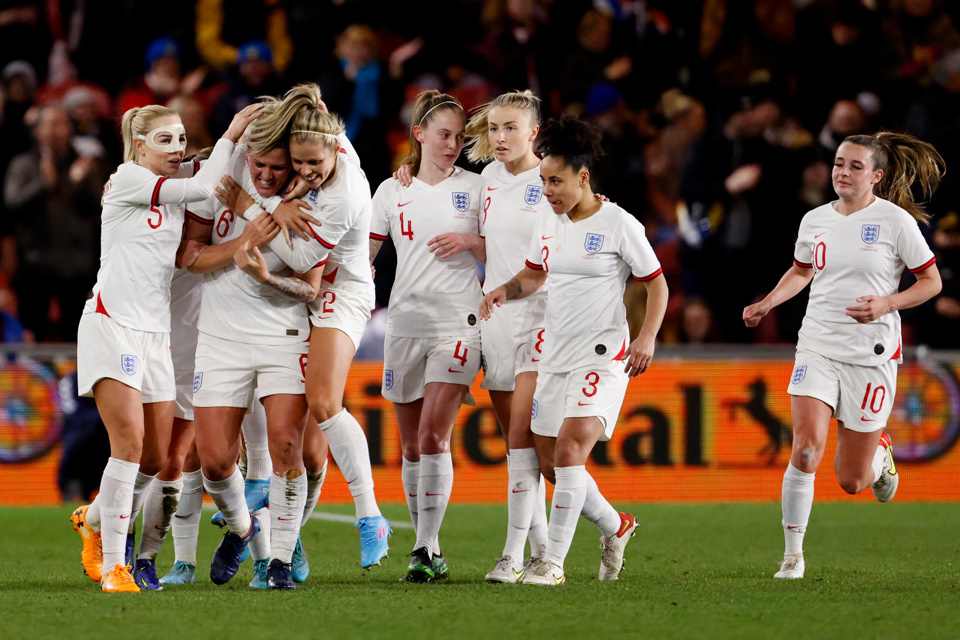 get offer get offer
#AD New customers only. Place your FIRST bet on any Football market and if it loses we will refund your stake in CASH. Max refund for this offer is £20. Only deposits made using cards will qualify for this promotion. T&Cs apply.

The eagerly anticipated Women’s Euro 2022 explodes into action tonight (Wednesday, 8pm) when England take on Austria in the tournament opener at Old Trafford. The Lionesses have been installed as one of the favourites to go all the way on home soil and will fancy their chances of stamping an early win on the board in Group A. Below we pick out a couple of fancies for the match...

England will be pretty content at being kept away from the big guns in Group A, which consists of Austria, Norway, and Northern Ireland. However, they will want to avoid an early lapse of concentration as they bid to open their tournament with both a convincing win and performance in front of an expectant home crowd.

In Sarina Wiegman England have a world class manager at the helm who previously led Netherlands to glory on home soil at the last Euros in 2017. Under her watch England remain unbeaten, recording 12 wins from 14 games - including six straight (four to nil) - smashing in 84 goals and conceding just three.

One of those victories came against tonight’s opponents Austria - 1-0 in a World Cup qualifying in November - and they head into the Old Trafford clash as the scorching hot 1/7 favourites to open up with three points. Austria are the 17/1 outsiders to stun the hosts in Manchester, while a draw is out at 7/1.

Paddy Power are offering customers a free £5 bet to spend on a Bet Builder for the game - click on the link below.

Lucy Bronze missed England's friendly victory over Switzerland last Thursday due to sickness, but will be sure to start the opener tonight.

The rampaging right-back, who has just secured a prized move to Spain's treble-winners Barcelona, is always heavily involved in England’s attacking play. She’s athletic, possesses a combination of composure and quality on the ball, and certainly isn’t afraid to drive forward and have a crack on goal; remember her superb strike for England against Norway at the World Cup - watch here.

At 14/5 The Best FIFA Women's Player 2020 looks a cracking price to have a shot on target against an Austrian side England will be expected to dominate. You can go one step further and back Bronze to score anytime at 11/2.

Not only is Ellen White England Women’s top goalscorer of all time (50 goals in 107 games), the Man City striker boasts an impressive record at major international tournaments; she was joint top-scorer (6 goals) at the 2019 World Cup and was joint-second (6 goals) at last summer’s Olympic Games.

White, the favourite to win the Golden Boot, opened the scoring on her 100th appearance in England’s last clash against Austria and we’re backing the 33-year-old to repeat the feat tonight at 7/2 with William Hill.

Meanwhile, Paddy Power’s boosted odds of 5/1, from 5/2, for both White and fellow striker Beth Mead to have 2 or more shots on target each could well appeal.