El Clasico betting trends - what’s in store for the punter this weekend? 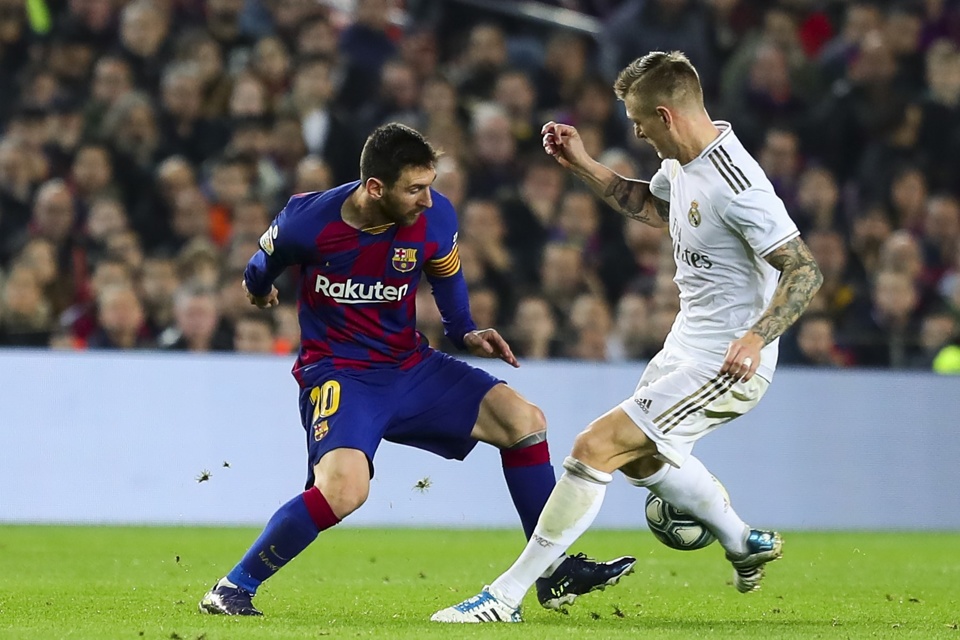 This Sunday sees one of the most anticipated battles in world football take place, as Real Madrid host Barcelona in the latest edition of El Clasico.

Both sides have battled tirelessly with one and other for top spot in La Liga this season, with the pair separated by goal difference alone for the most part of the campaign.

However, following Madrid’s recent draw with Celta Vigo and subsequent 1-0 defeat to Levante on Saturday, Barcelona have now pulled two points clear at the summit of Spain’s top-flight.

The last time these two sides met back in December it ended in a disappointing goalless stalemate at the Camp Nou, but we’re not expecting a repeat performance this time out.

With such a historically rich fixture ahead of us, Betting Odds takes a look at the betting trends from the previous five meetings between these two juggernauts of Spanish football.

Cards are one of the most pivotal aspects to any bet placed on an individual football match. They are effectively the money-makers in this situation, and in this particular fixture there is usually no shortage in heavy challenges and a bucket loads of dissent aimed at the referee.

In derby games we often see a drastic rise in cards being brandished, especially in the case of Barcelona and Real Madrid - two sides who absolutely despise each other.

During the previous five meetings between these two clubs there have been a total of 25 yellow cards shown - an average of 50 booking points (five yellows) per game.

Unsurprisingly, the most frequently carded player in this fixture is Real Madrid’s Sergio Ramos. The Los Blancos skipper has been carded eight times in his previous ten El Clasico appearances, suggesting that he’ll make his way into the ref’s notebook once again this weekend.

The odds for player bookings will be much shorter due to the stature of this anticipated fixture, so it’ll be worth picking at least three players to be carded to ensure your bet returns a worthwhile amount. Judging by the stats, including Ramos seems like a sensible selection.

From a Barcelona perspective, defender Gerard Pique seems a shoo-in to pick up a booking on Sunday. The Spain international is currently top of La Liga’s booking chart with ten yellow cards to his name this season; it is extremely probable that he will make that eleven against his biggest rivals this weekend.

Real Madrid’s Casemiro follows closely behind Pique with nine bookings to his name so far this term, while Barca’s Sergi Roberto is currently on seven. If both players start, they could also be worth including in your bet.

There have been a total of 41 corners in the last five El Clasico encounters (8.2 per game). This isn’t particularly high and is often the case when two sides of a similar quality meet each other, due the match usually being a much more cagey affair.

December’s El Clasico saw a total of six corners taken, so if you are going to back a corners market we’d suggest playing it safe and backing either over six in total, or both teams to take 3+.

Typically a high scoring affair, in recent meetings El Clasico has actually seen an alarming lack of goals. Over 2.5 goals has landed just once in the previous four games between Real Madrid and Barcelona - a 3-0 win for Barcelona in the Copa del Rey last February - while BTTS has also failed to land in the last three El Clasico meetings.

Indeed, with the table hanging in the balance and Real desperate to make up ground on their fierce rivals, we are expecting to see a more open game with plenty of attacking intent from both sides.

Lionel Messi is in typically emphatic form at the minute - scoring four goals as the Catalans thrashed Eibar 5-0 last weekend - and is once again predicted to run riot at the Bernabeu against Los Blancos. Backing the Argentine to open the scoring is our tip.