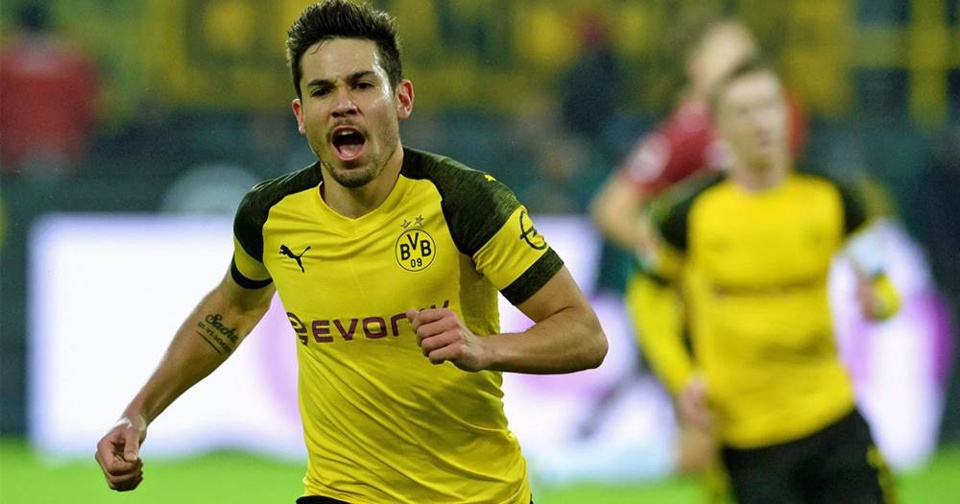 Borussia Dortmund will be looking to close the gap on Bayern with a win over Schalke
By Callum Pragnell
12:59 Thursday 14th May 2020 - 3 minute read

The Bundesliga returns this weekend and the standout fixture is undoubtedly Borussia Dortmund vs Schalke. The two sides meet having been out of action since March due to the coronavirus pandemic, so will be itching to return with a win over their rivals. The game kicks off at 2:30pm (UK time) and will be aired live on BT Sport 1.

Dortmund are in real contention to win the Bundesliga this term and trail leaders Bayern Munich by just four points. Lucien Favre's side have been emphatic on home soil this season and are the bookies 1/2 favourites this weekend, while Schalke sit sixth in the table but found themselves in extremely poor form prior to the league's postponement in March, taking just four points from a potential 21 in their previous seven games. The bookmakers have the visitors priced up as firm 11/2 underdogs for this clash at Signal Iduna Park, giving them just a 15.4% chance of victory.

BettingOdds.com have done a bit of research and picked out three key bets for Saturday's anticipated clash; below, you will find one shorter-priced Shot on Target (SoT) bet at evens, one mediumly-priced Same Game Multi at 5/1, and another Same Game Multi at longer odds (49.76/1) to choose from - something we will continue to provide you with for each upcoming major sporting event.

Raphael Guerreiro to have 1+ shot on target - Evens (Betfair)

Borussia Dortmund left-back Raphael Guerreiro has registered the most shots on target out of any defender in the Bundesliga this season. The Portuguese has had 12 shots on target thus far, and always looks to get forward when his team are attacking so frequently finds himself in shooting positions. We're expecting a very attacking encounter between these two rival clubs this weekend considering they have both been out of action for so long, so there's a pretty good chance that Guerreiro will register his 13th shot on target.

We fancy Dortmund considering they have been one of the strongest sides in the Bundesliga this term and are second in the table, trailing leaders Bayern by just four points at this stage. The hosts are also incredibly strong on home soil having not lost at Signal Iduna Park all season, so we're backing them to win this one.

The bookies are anticipating a home victory too, giving Dortmund a 66.7% chance of victory this Saturday. Schalke, on the other hand, are giving just a 15.4% chance of winning the contest.

We’ve also included Erling Braut Haaland and Jadon Sancho each to both have 2+ shots on target. Sancho has so far registered 26 shots on target this season and regularly finds himself in shooting positions, while Haaland is Dortmund’s biggest threat in front of goal and should be presented with plenty of shooting opportunities this weekend.

For our bigger-priced bet, we’ve selected Dortmund defender Mats Hummels and Schalke midfielder Weston McKennie to be carded and Erling Braut Haaland to score first. Both have picked up the most bookings for their respective clubs this season (four each) so have a track record of ill-discipline. We're also backing Erling Braut Haaland to open the scoring at Signal Iduna Park. The Norwegian striker has scored nine goals for BVB since his arrival in Germany, and prior to the lockdown was in scintillating form, scoring four goals in six matches. This is priced up just under 50/1 with Betfair.