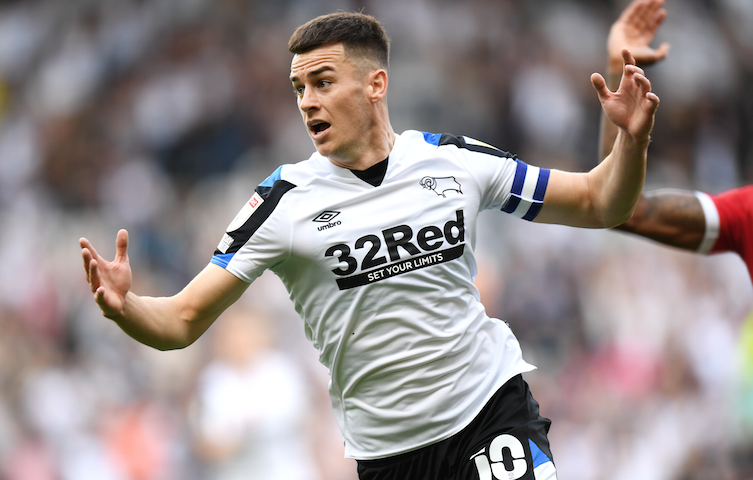 Derby and Hull lock horns this Tuesday live on Sky Sports in an important game in the bid for Championship survival. Wayne Rooney's Derby are scrapping for their lives in the relegation zone, while 19th-placed Hull will be looking to pick up points in Shota Arveladze's first away trip since taking charge.

Hull may be four places and 17 points better off than Derby (23rd), yet it would be a different story if the Rams hadn't been butchered by the -21 points deficit.

Manager Wayne Rooney, who turned down an approach from Everton last month, has received widespread praise for keeping the club’s survival hopes alive in such dire circumstances.

Derby do, however, head into the game on the back of a three-game winless run, while they’ve triumphed only once in 2022 from six league and cup games.

But on their day they are no pushovers - just ask Bournemouth and West Brom - and it goes without saying that a win on Tuesday would be absolutely huge in their quest for survival, and one that would elevate the Midlands side to within four points of safety - for 24 hours at least.

Derby will look to take the game to a Hull side adjusting to life under new manager Shota Arveladze, who replaced Grant McCann a couple of weeks ago after the club were taken over. Results have been split under the Georgian who beat Swansea 2-0 win in his first game in charge, but lost 1-0 against Preston over the weekend.

Derby are available at 71/50 to secure a prized three points, Hull are priced at 23/10 to seal a fourth win in five games, while a draw can be backed at 9/4.

Derby have developed a penchant for scoring pivotal late goals. Since the end of December they’ve found the back of the net a whopping six times after the 85th minute; from a late winner at Stoke, to scoring two goals in the last four minutes to clinch a draw at Reading, a feat they then remarkably repeated against Birmingham.

Derby have scored the last goal in seven of their last eight games while 15 of the last 17 goals within their games have come in the second-half. The second-half has unsurprisingly been the highest-scoring half in each of their last seven games, and you can back this outcome once again on Tuesday at a best-priced 6/5 with Paddy Power.

Keeping hold of Tom Lawrence during the January transfer window was absolutely crucial for Derby. The Rams skipper scored three goals last month and has top-scored for his side this season with eight goals on the board.

Lawrence, who is on penalties, has had 69 shots this season - fifth highest in the league - 26 of which have been on target. He’s always a danger and will be expected to be involved in the goalmouth action in this pivotal game for the hosts, with the Wales international available at 11/4 to score for the fourth time in five games.

To spice things up a little bit, we’ve added another bet into the mix to form a juicy double.

Lawrence has committed 31 fouls so far this season. with a yellow card waved in his direction a total of seven times - just one off the league-high of eight. Three of those bookings have come in games he’s scored in, including the recent matches against Forest and Sheffield United.

#AD Bet £10 & Get £50 in Free Bets for new customers at bet365. Min deposit requirement. Free Bets are paid as Bet Credits and are available for use upon settlement of bets to value of qualifying deposit. Min odds, bet and payment method exclusions apply. Returns exclude Bet Credits stake. Time limits and T&Cs apply.
Opt-in
Sign up for market leading stats and exclusive expert picks delivered to your inbox from next season
Click to sign up to receive tips
By clicking opt-in you agree to our privacy policy and terms and conditions below
Opt-in
Your Details
Complete your details below to enter:
Full Name
Email
SUBMIT
Please fill in both your name and email
Opt-in
SUCCESS!
Thank you for your submission.