Ladbrokes have released odds on which goalkeeper will start Manchester United’s first league game next season.

Mainstay David de Gea, who has racked up a colossal 402 appearances for the Red Devils and is now the clubs longest-serving goalkeeper after moving to United from Atletico Madrid in 2011, is odds-on favourite at 8/13.

However, following a series of blunders and sub-par performances this time out, there could be a new man lining up between the sticks next term as Dean Henderson returns from his two-year loan spell with Sheffield United.

The 23-year-old has massively impressed during his time at Bramall Lane, playing an instrumental part in the Blades’ promotion from the Championship last season.

This time around the young Englishman has been just as important for Chris Wilder’s side, as the South Yorkshiremen have been the Premier League’s surprise package, sitting 8th in the top-flight and still in contention to secure European football next season at the time of writing.

Many United fans believe that Henderson would be a better choice as No.1 keeper at Old Trafford next term, as de Gea continues to struggle with consistency.

During United’s opening game of Project Restart against Tottenham, the Spaniard fumbled a routine save which saw Spurs take a first-half lead, and almost killed Roy Keane via a multitude of bust blood vessels during his post-match analysis in the Sky Sports studios.

The 29-year-old made another huge mistake during United's 3-1 defeat to Chelsea in the semi-final of the FA Cup last night, failing to stop a tame effort from Blues striker Olivier Giroud to put the visitors in front at Wembley.

We're just gonna sit and watch Roy Keane going in on David De Gea on a loop to remind us that football really IS back 🙃 https://t.co/j78LbHYoRJ

It is becoming increasingly more apparent that de Gea is perhaps not quite the goalkeeper he once was, and that a changing of the guard is potentially required next season if United are to mount a serious challenge for the league title.

Should manager Ole Gunnar Solskjaer opt to make such a decision after the summer, it is Henderson who will be eagerly waiting in the wings for his opportunity on United’s main stage.

Ladbrokes have given odds of 11/8 for Henderson to start United’s opening game of the 2020-21 Premier League campaign, which is an implied probability of 42%.

Current second-choice shot-stopper and regular cup performer Sergio Romero is priced up at 8/1 to replace de Gea for the Red Devils’ league curtain-raiser which is currently scheduled for early-September, though it seems unlikely that the long-serving No.2 will be seriously considered ahead of both de Gea and Henderson. 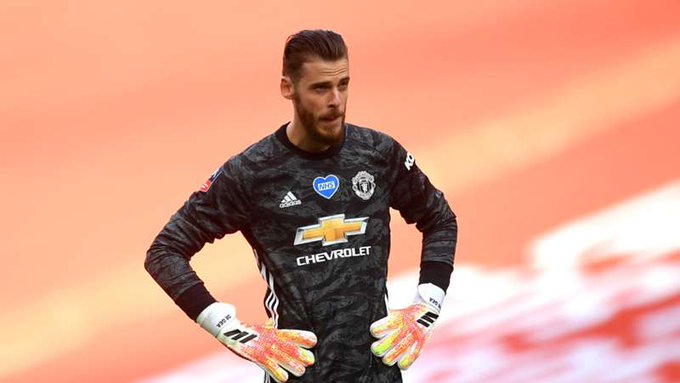 Odds on which United keeper will start for Man Utd on the opening game of the 2020/21 season...