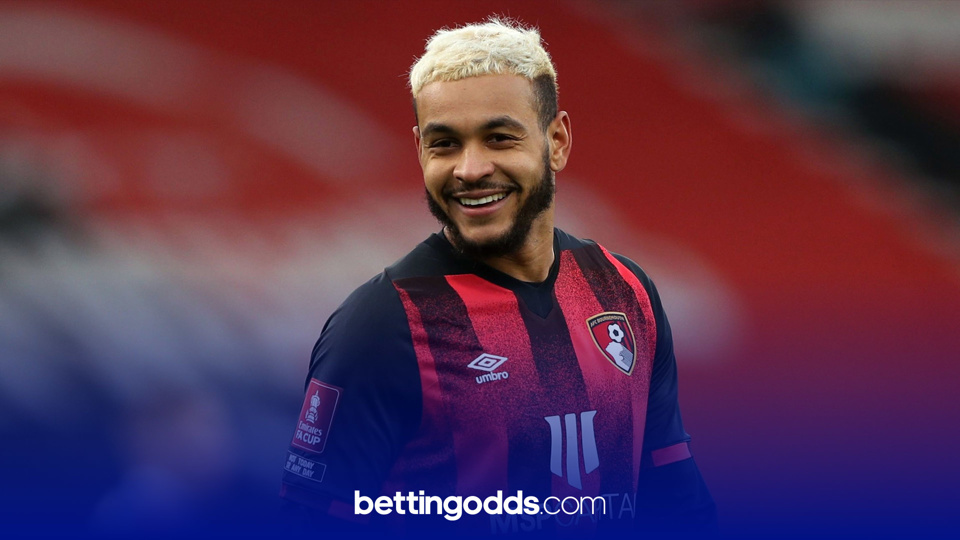 The January transfer window is famously always quieter compared to the summer market, and this year that has only intensified due to the COVID-19 pandemic.

There have been few notable comings and goings throughout the previous month, but until 11pm this evening, there is still the potential for business to be completed between clubs.

Below, we've taken a look at the odds behind four players who could be on the move before the window is slammed shut tonight.

Perhaps the biggest transfer rumour at present is Bournemouth striker Josh King's potential switch to south coast rivals Southampton. The Norway international's contract at the Vitality Stadium expires in the summer and the Cherries risk losing their front man on a free if a deal cannot be agreed today.

West Ham (4/1), Everton (8/1) and Fulham (8/1) are also reportedly interested in signing King, who has scored 48 goals in 161 Premier League appearances, but it is Southampton who are the 4/5 bookmaker favourites to land the 27-year-old in a deal that would see Shane Long move in the opposite direction plus a small fee.

It has, in recent weeks, become abundantly clear that Southampton need more squad depth, and signing a player of King's quality will only aid them in their quest to obtain a Europa League finish in the second half of the campaign.

Arsenal outcast Ainsley Maitland-Niles looks set to be leaving north London today until the end of the campaign. The 23-year-old has seen game time limited under Mikel Arteta this season and will depart the Emirates on a short-term loan deal to gain first-team experience, with Southampton the even-money favourites to land his signature.

Leicester follow up in the betting at 7/4, but it is understood that Arsenal would prefer to loan their academy graduate to the Saints as they feel they are less of a rival to them in the race for a top-four finish this term. Ralph Hasenhuttl needs extra personnel in defence, too, especially after Jake Vokins departed the club for Sunderland on loan until the end of the season last week, so this deal makes perfect sense from their perspective.

West Brom are also in the mix at 6/1 - as are Newcastle at 12/1 - though they are both much less attractive propositions for Maitland-Niles, who will be keen to impress manager Gareth Southgate in the forthcoming months in a bid to secure a position in the England squad for this summer's delayed European Championships.

📰 Southampton have joined the race alongside West Brom to sign Arsenal's Ainsley Maitland-Niles on loan this season https://t.co/BPg5pmP8g4

Southampton are a team dominating the rumour mill at the minute, with it being reported that Chelsea starlet Billy Gilmour could also be heading to St Mary's on loan until the end of the season today.

As previously mentioned, the south coast Europa League-hopefuls need to improve their squad depth if they are to stand a chance of obtaining a top-six finish this season, and 19-year-old Gilmour looks set to see playing time limited under new manager Thomas Tuchel.

The Blues midfielder has only played 34 minutes of Premier League football during an injury-hit 2020-21 and was left out of the Chelsea squad for last week's 0-0 draw with Wolves and Sunday's 2-0 win over Burnley.

Southampton are the 3/1 favourites to sign Gilmour until the end of the season, while SPL leaders Rangers follow up in the betting at 7/1. Leicester (14/1) and Championship outfit Bournemouth (16/1) are both outsiders at the time of writing.

Manchester United forgotten man Sergio Romero looks set to depart Old Trafford after six years at the club. The Argentine shot-stopper has fallen to third-choice in the pecking order behind David de Gea and Dean Henderson and has not featured for Ole Gunnar Solskaer's side all season.

The 33-year-old's current deal expires in the summer, but it looks as though he will cut his stay short by six months, with Valencia the 11/10 favourites to sign the South American.

Boca Juniors are second-favourites in the market at 7/2, while you can get odds of 6/1 for Romero to pen a deal with any side in MLS. Brighton are also 6/1 as they look for back-up following Mat Ryan's departure to Arsenal, although a move to the Amex does look somewhat unlikely at this stage of proceedings.

According to reports from Sky Sports, an anonymous club from the top-six have offered free agent Diego Costa a short-term contract until the end of the season.

Wolves are the current 7/4 favourites to sign the ex-Chelsea striker, though his wage demands look set to price the West Midlands side out of the running.

Tottenham are 6/1 to sign the Brazilian as they look for back-up for the injured Harry Kane, and it is the north Londoners who could well have offered Costa the aforementioned deal as a reaction to last night's shock defeat to Brighton.

The proposed offer is said to have been shut down by the 32-year-old, however, as he is looking to secure a lengthier deal to guarantee his future. 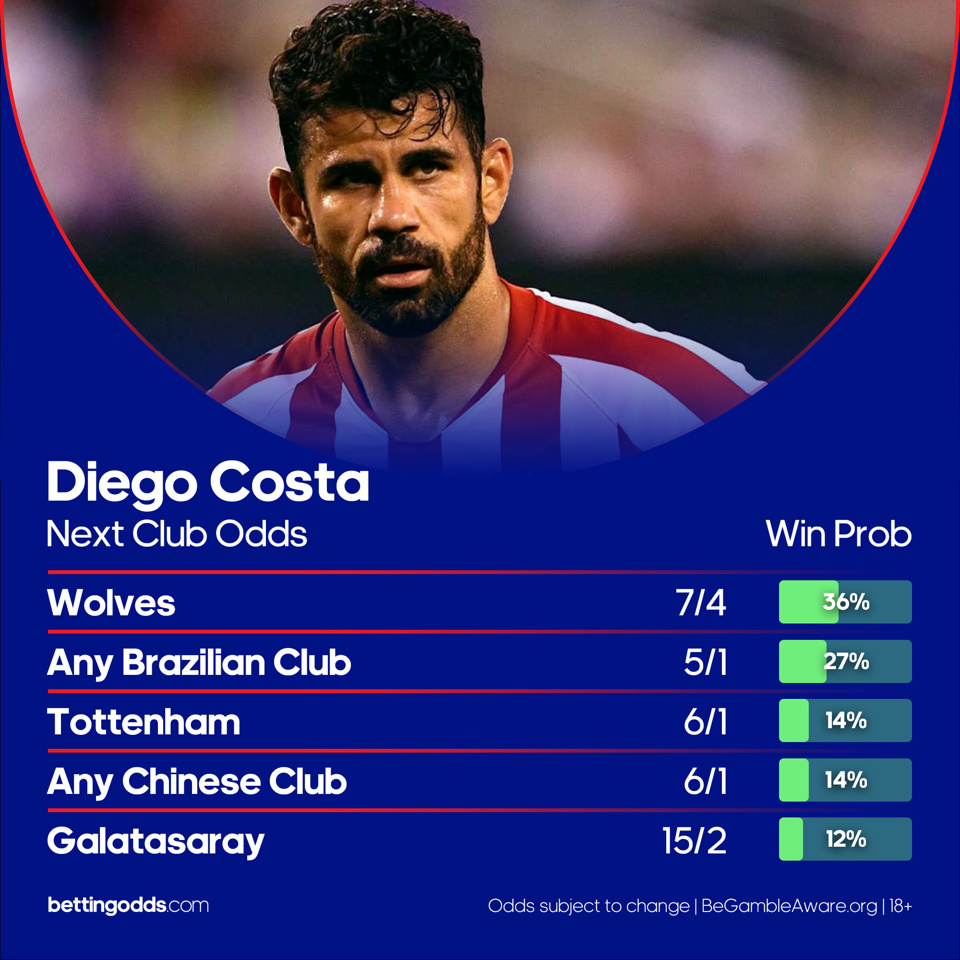