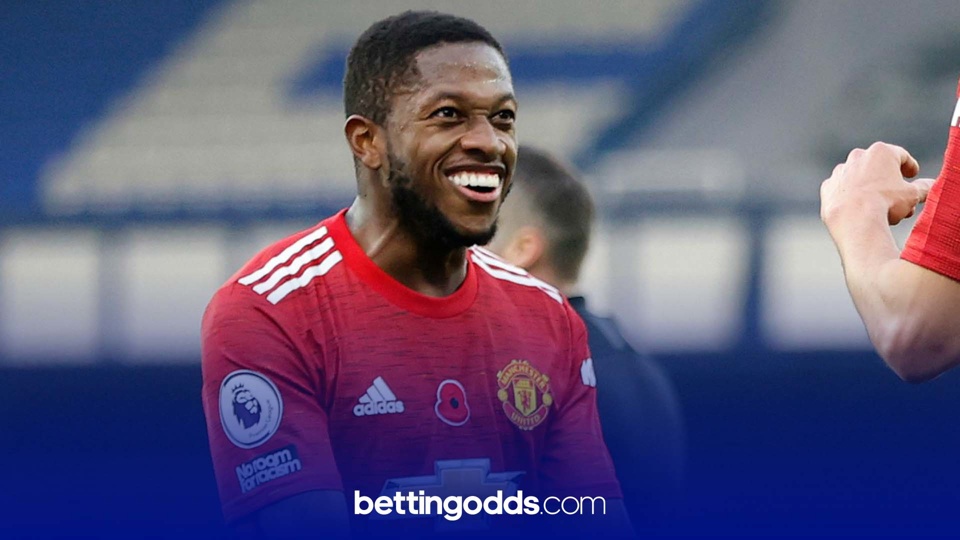 The hosts stunned Man Utd in the reverse fixture by beating them 1-3. Two goals came courtesy of ex-Red Devil Wilfred Zaha that day, however, The Eagles talisman is unlikely to feature here. Palace has struggled in Zaha’s absence and the bookies clearly do not fancy them to do the double pricing them at 7/1 to win tomorrow.

This fixture comes too soon for Paul Pogba, while Scott McTominay and Edison Cavani may also be left out as Ole Gunnar Solskjær casts an eye to Sunday’s Manchester Derby. This would see Anthony Martial lead the line and Nemanja Matic partner Fred in midfield.

Aaron Wan-Bissaka only has one card to his name so far this campaign but racked up eight last season, two of which came against his ex-club- and tomorrow’s opponents- Crystal Palace.

With 14 cards in 100 Premier League appearances, the price available with Bet365 of 9/1 does pose some value as the implied probability of those odds is 10%, yet Wan-Bissaka has been cautioned in 14% of his EPL starts. Betfair and Paddy Power have him at just 3/1 to be booked! As he has picked up a card in every appearance he has made against his former club since switching his allegiance, it is clearly a significant fixture for the young English full-back.

He is Man Utd’s top tackler and is ranked seventh in the league averaging three per game. The tenacity in which he lunges in gives him little margin for error meaning tomorrow’s direct opponent may present him with some issues.

Eberechi Eze has completed 1.8 dribbles and drawn two fouls per Premier League appearance. In the 15 games he has started on the left, he has drawn three bookings from right backs (Veltman, Lowton and Azpilicueta). In total, six right backs have received yellow cards vs Palace in the Premier League this season, a list that includes Fosu-Mensah who was booked in the reverse fixture.

This season, Fred has averaged exactly one shot per game in the Premier League. He has only failed to register a shot in five of the games he has started- vs Arsenal, Everton, Man City, Leicester and Liverpool- as he often tries his look from range vs teams that deploy a low block.

Fred has started seven games against sides that currently sit below Palace in Premier League proceedings and averaged 1.57 shots per game. Fred has registered at least one shot in all of his last seven appearances, averaging 1.7 shots per game and hitting the line of two on four occasions.

With one eye on the Manchester Derby on Sunday I suspect Ole Gunnar Solskjær will rest Scott McTominay and opt for an anchoring duo of Matic and Fred. However, on the off chance that the Scotsman does get the nod at Selhurst Park tomorrow, I wanted to point you in the direction of his shot price. He is 2/1 with Betfair to have two shots, if both him and Fred start, I think this is the more desirable bet given that it is slightly longer.

In his last four starts, McTominay has taken aim eight times, having two shots or more in three of those games. In fact, he has started five games against sides currently in the bottom half of the table, having a total of 11 shots and two or more landing in five. It is also worth noting that he had three shots in two of those games- which is priced at 13/2 with Betfair and Paddy Power- vs Leeds and West Brom.

Crystal Palace have conceded the fourth highest average shots per game in the EPL this season (14.2), 37% of which have come from outside the box which is why Manchester United’s holding midfielders' prices take interest. In their six games against the traditional ‘big six’ this season, they have conceded 86 shots, 21% have come from CDM’s as they have averaged three shots per game.

Using Bet365’s ‘Bet Builder’ you can combine an Aaron Wan-Bissaka card with Scott McTominay to score anytime at odds of 54/1.

As McTominay’s increase in shots indicates, his defensive output has improved in the last month. It is also worth noting that 75% of his EPL goals this campaign have come against sides in the bottom half.