Crystal Palace vs. Everton Predictions: Eagles to make the semi-finals 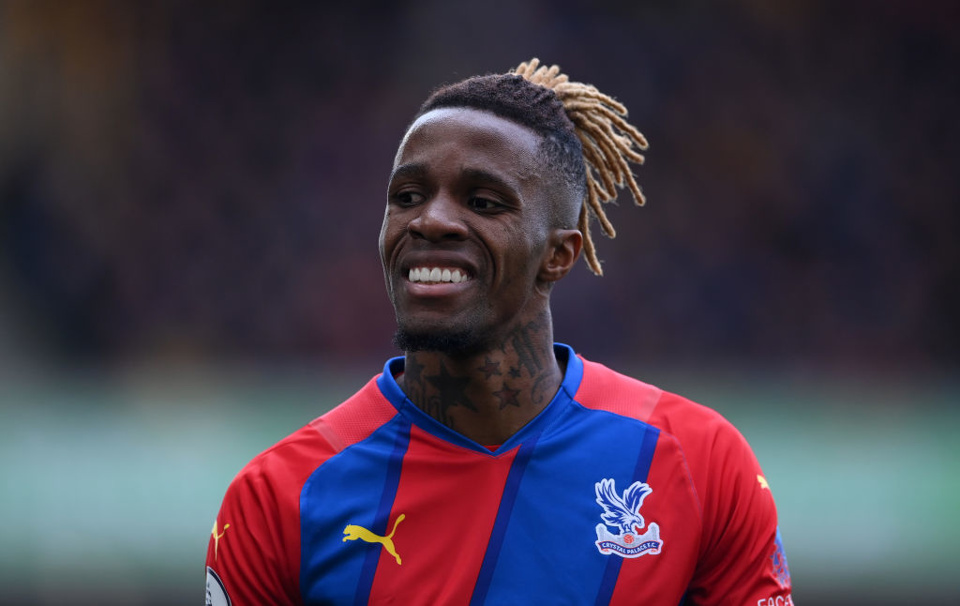 Crystal Palace vs. Everton: Back Wilfried Zaha to be carded on Sunday
By JimmyThePunt
14:50 Saturday 19th March 2022 - 5 minute read

Betting wise, it has been a rough week for my selections. Since the clean sweep in West Brom’s game vs Huddersfield last Friday, none of my last five tips in Palace’s clash with Manchester City or Millwall’s game vs Huddersfield have clicked. I did think we were a little unfortunate not to have anything land on Monday though as we were on City and under 3.5 goals and Eric Laporte anytime. City generated an xG of 2.25, 0.78 of which Laporte was responsible for. Nevertheless, there is plenty that interests me here.

The Toffees come into this one having given their survival hopes a massive boost. They were a man light and left it late but Alex Iwobi’s strike was enough to separate them from Newcastle.

Frank Lampard’s first game as Everton’s boss was in this competition, a 4-1 win over Brentford. Things have not exactly kicked on since then as his side have lost five of the eight games that followed. However, they are only one game away from a trip to Wembley. A chance of silverware could be just the tonic and victory here would really galvanise the squad and fans alike.

Donny van de Beek, Dele Alli and Anwar El Ghazi are all cup tied. Jordan Pickford missed Thursday’s game with illness and with Asmir Begović keeping a clean sheet, the latter should continue in between the sticks. Elsewhere, fresh from his assist, Dominic Calvert-Lewin should spearhead the attack, a huge boost for the visitors.

Palace are also a bit light centrally with Will Hughes and Luka Milivojevic facing late fitness tests and James McArthur already sidelined with injury. Jack Butland has being their cup keeper and should start here, elsewhere, Micheal Olise and Wilfred Zaha should flank Jean-Philippe Mateta in attack.

This youthful Palace squad, bustling with potential, is thriving. The progressive system deployed by their French supremo provides the platform for the likes of Conor Gallagher and Marc Guéhi to showcase their abilities.

The pair received international call-ups this week, vindication for the stellar campaigns they are having.

Guéhi has been imperious. It did not take him long to establish himself as a mainstay since joining on-loan from Chelsea. At a touch under six feet tall, he is not the biggest defender, but what he lacks in height he makes up for with his impeccable positioning and outstanding ability on the ball.

Gallagher is adored in Croydon. Which will come as no surprise if you have watched him play. Tireless, tenacious and technically gifted, amongst the Eagles charts he ranks first for cards (8), fouls (1.9), dribbles (1.6) and key passes (1.4), second for goals (8), assists (3) and tackles (2.4) and third for shots (1.7) per game. He is also Palace’s second most fouled player and averages the most passes per game of any midfielder. Equally adept offensively as he is defensively, he is a real throwback, a Bryan Robson-esque box-to-box midfielder.

The pair, the spine of the side, have been central to the Eagles success this campaign and with them both expected to start here, I think Palace are worth backing.

In the Premier League this season, they have played six games against the bottom four, losing none and winning half.

Since Lampard took charge at Goodison, despite his reputation as an attack minded coach, Everton have actually gotten worse offensively. Prior to his arrival, they scored an average of 1.2 goals a game domestically, since, it has been 0.83.

Eyes bulging, jaw gaping, arms aloft with his palms pointing towards the sky, the familiar sight of an upended Wilfred Zaha pleading with the referee for protection.

Man City’s enforcer, Rodri, committed the record breaking foul on Monday, the 728th time the tracks of Zaha had been deemed to be illegally halted.

His career has been a never ending cycle of black toenails and dead legs, which goes a little way to explaining why he has grown increasingly petulant and dished out as good as he gets.

This campaign, he tops the charts for fouls drawn with 90, a figure no one else comes near, second is Aston Villa’s John McGinn on 64. Zaha also ranks fifth for nutmegs completed with five and his mixture of flare, flamouancy and his vicious edge has proven to be a recipe for trouble.

Over the course of his career he has racked up 65Y and 4R cards. He has never been one to go missing on the big occasion and given the magnitude of this fixture I think we could see him lose his head.