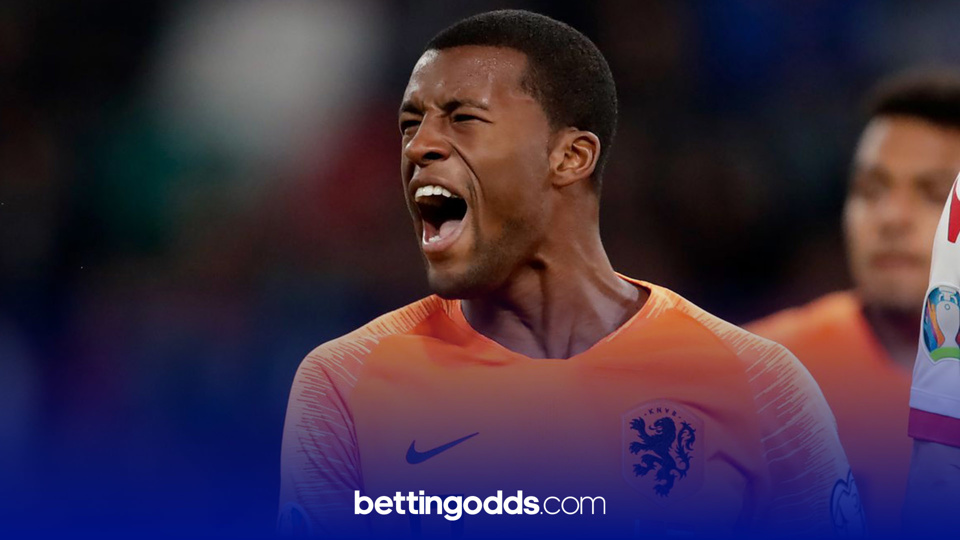 I'm back with three more tips ahead of this Wednesday's round of fixtures in the UEFA Nations League, with three plays across the Poland v Netherlands and Isreal v Scotland matches.

Both Poland and Holland still have an outside chance of winning League A Group 1 but would require a win and a slip up from Italy in Sarajevo.

A player that has certainly caught the eye in a promising spell for Holland is Georginio Wijnaldum. The Liverpool midfielder tends to be given more attacking responsibility for his national team, as highlighted in the recent 3-1 win over Bosnia which saw him score twice with his 2019/20 tally for the Orange Army totalling a very high seven strikes.

Wijnaldum has now registered at least one shot on target in 3 of his last 4 competitive international matches and should he start here, he could well add to that streak. Betfair are offering 15/8 on Gini to have one or more shots on target in the game which looks like some good value with the price shorter than evens elsewhere.

The Barcelona-linked man will be buoyed by the fact that Poland have been conceding shots aplenty against both the big two nations in this group – the Dutch alongside Italy.

In the context of the group, you would expect a competitive fixture on the cards here just as we saw in the reverse fixture which the Dutch edged 1-0. On that evening, Poland registered 23 fouls and racked up 5 bookings in the process. Though that card number is rather high, the last seven teams to play Holland have been awarded 2 or more yellows so it makes sense to look at the potential culprits to pick one up here.

One of the 5 in the book back in September was Leeds’ Mateusz Klich who was pulled up by the referee on the night on 5 different occasions, the most of any player on the pitch. Klich is no stranger to a booking, with 5 in 12 competitive appearances this season and 12 across 2019/20. Up against a Dutch team containing plenty of pace and in a game I would expect Poland to be doing much of the defending in, the midfielder may just have to concede a cynical foul or two to stop any Holland advances.

I’m happy to back the 23/10 single price with WilliamHill that Klich is booked during the game by a relatively card happy referee in Orel Grinfeld – the Israeli averaging 4.7 cards per match across his career.

Scotland suffered defeat in Slovakia at the weekend, a potential hangover from their European Championship qualification drama just a few nights previous.

It means that a result away in Israel may well be required to win promotion to League A with the Czech Republic hosing bottom side Slovakia in the other game in the group.

Steve Clarke may well rotate some of his troops again to get through the third match of this international break and Israel are very hit and miss so the best value could well be in the card markets.

There’s always a slight edge when thee two nations meet with the political backdrop of the Israel-Palestine conflict stirring up some anti-Israeli sentiment in the green half of Glasgow. Israel’s players have spoken about it prior to previous meetings, particularly Bibras Natkho who is the first ever Muslim captain of the national team.

Natkho is normally well disciplined but has picked up two bookings in four meetings with Scotland, suggesting that this fixture means more to him than his normal matchdays as that 1 in 2 rate in far more frequent than his overall career record. The 9/2 price  with WilliamHill for the skipper to be shown a card by Paweł Raczkowski in a fixture that could see a fair few bookings (6 in the last head to head) therefore appeals.