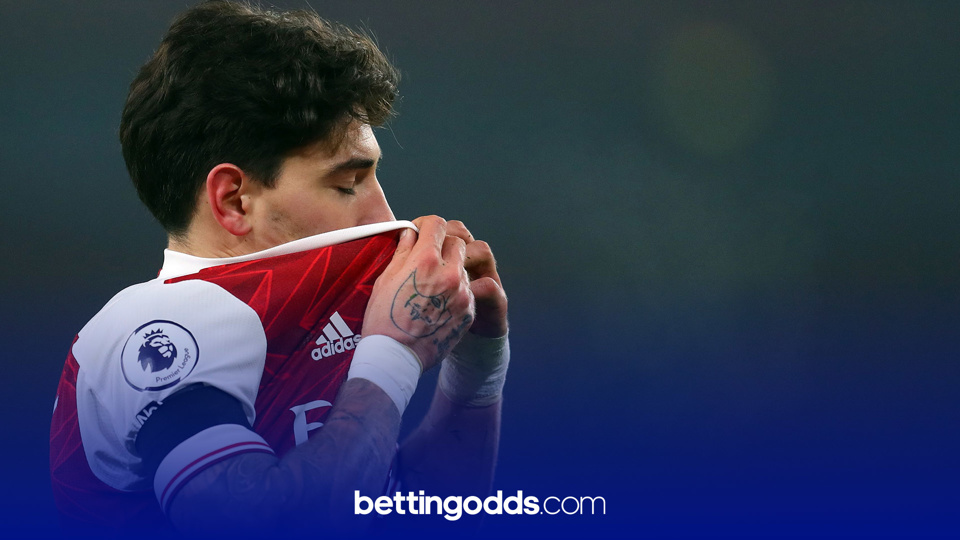 BettingOdds.com is delighted to welcome new tipster Dean Woodward to the site and he's picked out three value singles across Tuesday's action from the Premier League and combined them for a 38/1 cross game multi...

An early Tuesday kick-off sends us to Bramall Lane for an important relegation battle between Sheffield United and West Brom. With both teams sitting at 19th and 20th in the table, a potential 6-point swing makes this game pivotal for both sides.

Sheffield United come into this with two wins in their last four, including a huge 2-1 win over the Red Devils. They will fancy themselves to take all three points against a West Brom side who looked extremely lack-lustre in the first 45 minutes v Fulham on Saturday afternoon.

Under Big Sam, West Brom have looked extremely shy of attacking threat which could give lots of opportunity for young Jayden Bogle to get forward down the flanks. In four Premier League starts this season, he has registered seven shots (one v Man City, two v Tottenham, three v Newcastle, one v Palace).

For the other early Tuesday kick-off we head to the Molineux where Wolves who are winless in eight host Arsenal who are unbeaten in seven. After Wolves ended the weekend with their third loss in four Premier League games, they have it all to do in a tough game against a resurgent Arsenal side.

With Marcal and Rayan Ait-Nouri still sidelined for Tuesday's game, Semedo is expected to slot in again at LWB with Hoever filling the void at RWB. With Semedo and tricky Pedro Neto both on the left side of the pitch, I expect the onus to be on this flank during attack, which could result in a busy evening for Hector Bellerin.

Bellerin has been carded in seven of his 18 (39%) Premier League games this season and is priced at 3/1 (25%)with Betfair to go into the book for the 8th time this season. This holds good value in a game that is expected to be low scoring with Wolves looking to sting the Gunners on the counter.

One of two late kick-offs on Tuesday night sees a rejuvenated Newcastle host Crystal Palace, both of which off the back of taking 3 points at the weekend. Newcastle will be looking to follow up on an impressive 2-0 win at Everton on Saturday even without their most influential defender in Jamal Lascelles who was injured in said victory. The positive for Newcastle being that exciting Saint-Maximin could earn a start if back to full fitness.

Steve Bruce has installed a new lease of life into Newcastle of late with them registering 35 shots in their last 2 matches, numbers that seemed completely unachievable a few weeks back. Shelvey has played an important role in the midfield and seems to have been given permission to shoot on site, registering seven shots in his last two matches (three v Everton, four v Leeds).

These recent numbers makes the 5/2 about 3+ shots with Betfair even more appealing in a game that could be open to a pop from range. With Newcastle predicted to line up with a midfield three of Hendrick, Hayden and Shelvey, he should have even more opportunity to get forward.

A cross game multi for these three selection pays 38/1 with Paddy Power.

Good luck if you're following!