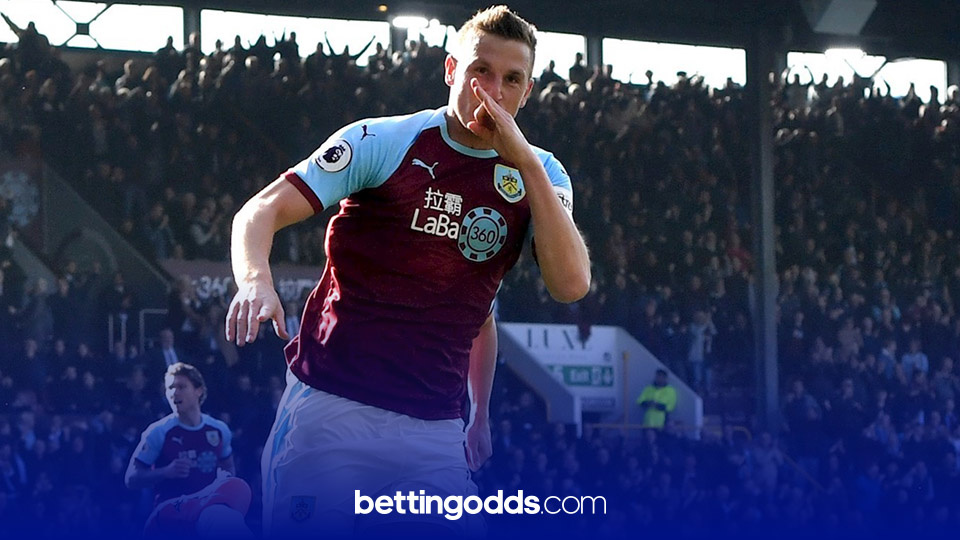 Burnley go into Sunday’s tie knowing a win here virtually guarantees them Premier League football for another season and Sean Dyche will no doubt be keen to get over the line with a tough run of fixtures coming up.

Newcastle will be buoyed by Fulham’s loss to Wolves as well as the return of key players Callum Wilson and Alain Saint-Maximin. I’m going down a similar route as I have with other Burnley games of late and that is backing Chris Wood for shots on target, he’s 5/4 for two and looks good to me.

He’s now managed 11 shots on target in his 4 starts since his return from injury, and the news that Lascelles is missing through injury is a bonus as he’s the most imposing presence in Newcastle’s back line and With Schar out too and Fernandez a doubt I’d be certain Wood will fancy himself up against Newcastle’s 4th and 5th choice centre backs.

McNeill and Gudmundsson aren’t shy in putting the ball in the box and there aren’t many strikers in the premier league who are better in the air than Chris Wood.

Sunday’s game at the London Stadium could go a long to deciding the champions league spots for this season, it could also be a key game in deciding who, if either, of Jesse Lingard and James Maddison can force their way into Gareth Southgate's England squad.

Those are the two players I want to focus on here. Lingard has been under priced for shots on target ever since joining West Ham he’s 3/1 for two shots on target, it’s a bet that’s landed in four of his eight games for West Ham so far and with Antonio out injured he could be playing in an even more advanced role this time out.

I also like Maddison’s two shots on target price at 10/3 he came of the bench against city to fire one shot on target and he hit two on target in two of his three premier league starts before his injury, he will also be picked up by Mark Noble who’s almost certainly going give him more time on the ball than he would have received had Declan Rice been fit. In fact in West Ham’s last match Wolves midfield alone managed 14 shots between them and if it’s even close to that number this weekend then Maddison could have a field day.

I’m also going to have a double on both Maddison and Lingard for two on target at 23/1.

There’s not many positives for the Blades right now, seven defeats in eight and a host of injury troubles means the end of the season can’t come too soon.

Since sacking Wilder they have lost both games unsurprisingly but what has been surprising is just how many chances they are conceding. 42 shots and 18 of those on target in just two games is pretty damming.

Arsenal have been in far from good form themselves but they now play all the bottom four sides in their next five matches so they will be expecting a positive end to the season.

I have to back Arsenal for this one and I was surprised we are getting 13/10 for them to have 6+ shots on target given the stats I mentioned earlier, that will be my main play but I’m also going for a 46/1 long shot which is 9+ Arsenal shots on target and 7+ Arsenal corners. That’s the average amount of corners and shots on target they have conceded in the two matches under Paul Heckingbottom and I feel if they concede early this weekend we could see a potential landslide victory.