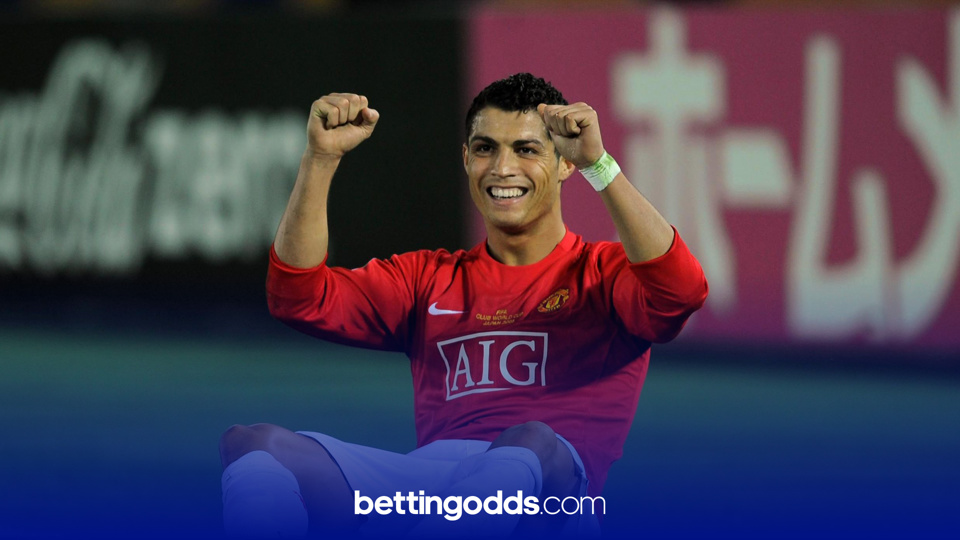 Cristiano Ronaldo Odds: Betfair are taking no chances this weekend with CR7 priced at 4/1 to score a hat-trick against Newcastle
By Anthony Eadson
17:00 Tuesday 7th September 2021 - 3 minute read

Cristiano Ronaldo delighted Premier League fans with his return to Manchester United this summer and with Ole Gunnar Solskjaer’s team taking on Newcastle this weekend we’ve taken a look at a few prices concerning the great man from some of the most popular betting markets.

We’ve started things off by taking a look at some of Cristiano’s stats over recent years.

Player props betting is continuing to grow at an extraordinary rate, with the shots on target market being one of the most popular. Paddy Power were the first to show their hand for Manchester United v Newcastle on Saturday afternoon and I’m afraid it’s not good reading for SoT backers with the Portuguese powerhouse priced at just 1/80 to record one shot on target in his first game back. 1/6 is available for 2+ shots on target while 3+ and 4+ can be backed at 4/6 and 9/5.

Since Cristiano Ronaldo left Manchester United back in 2009 he has scored 392 goals and he will be looking to add to his tally of 84 Premier League goals he scored during the noughties. However, both Betfair and Paddy Power are taking no chances when it comes to Ronaldo getting on the scoresheet against the Toon. Ronaldo is odds-on at just 1/4 to find the net for the sixth time in his career against Newcastle, although slightly bigger prices are available from different firms.

In his 895 club appearances in his career, Ronaldo has racked up 229 assists, although he did only manage three for Juventus in the league last season. Ronaldo’s desire to shoot on sight could well be a reason why we do not see him record as many assists. 4/1 is on offer for the 36-year-old to provide an assist against Newcastle which is a price we’d much rather be siding with than the 4/1 for him to score a hat-trick.

Ronaldo is very much re-writing the record books with the numbers that he has produced over his career and when you consider he has scored a remarkable 57 hat-tricks, you really do have to pinch yourself. Paddy Power go just 4/1 for CR7 to score a hat-trick on Saturday which could well be the shortest price we have seen to score a hat-trick in Premier League history.

Could the value be in the ‘to be carded’ market?

Anthony Taylor will be the referee in charge on Saturday and gave out an average of 2.64 yellows per game in 2020/2021. Ronaldo has been shown a yellow card on 106 occasions in his club career and 9/1 is on offer from Unibet at the time of writing for him to pick up a card in the first game of his second spell for Ole Gunnar Solskjaer’s side.