Here at BettingOdds.com, we champion the underdog. The sight of one team letting your accumulator down may be all too familiar, but instead of cursing the missed opportunity and loathing the loss, we instead want to seize the moment and celebrate the coupon buster.

Which is why each week we're picking out an unfavoured team to defy the odds, giving you all the reasoning why they are worth a punt despite what the bookies might think, as well as pointing you in the direction of the best available price to back them at.

Tale of the Tape

- Oxford have never completed a league double over Burton
- In head-to-head meetings, Burton have the superior record, winning six times to Oxford's four, with six games also resulting in a draw
- Oxford have lost six times to teams in the bottom half this season, with three of those occurring at home

Our inaugural coupon buster comes from League One as the regular English Football League season comes to a close this weekend. All three divisions play out their final set of fixtures, with all third tier games kicking off at 12:00 on Sunday 9th May.

There's still one place undetermined at both ends of the table, as either Rochdale or Northampton will be relegated to League Two and Portsmouth, Oxford United and Charlton Athletic battle it out for the final play-off place.

Going into potentially their final fixture, The U’s are in somewhat shaky form. They’ve lost two of their last seven matches and five of their previous 11. In their five most recent contests, they’ve also failed to keep a single clean sheet, conceding eight goals - six of which came from opposition in the bottom twelve of the league.

Three games ago, Accrington were the visitors and managed to take home all three points from Oxford; only nine days after the North West side had suffered a 7-0 thumping at the hands of high-flying Peterborough.

In their last outing, the Yellows left it late against 17th placed Shrewsbury Town who were on course for a hard-earned draw until Dan Agyei’s 85th-minute goal sealed a narrow 3-2 away victory.

Following the impact of Coronavirus on last year’s schedule, Oxford played their last match on March 7th and entered the playoffs on a points-per-game method following the season’s curtailment. In the three games after this restart, Oxford failed to win a single one in 90 minutes, drawing to Portsmouth in the side’s first semi-final leg before then defeating them 5-4 on penalties three days later following a bout of extra time.

Karl Robinson’s men were subsequently defeated at Wembley by Wycombe - a team currently experiencing their first taste of England’s second division, who are only mathematically still a Championship team, and who had actually accumulated one fewer point than the team they squeezed out in the final. The pressure clearly got to them when it mattered most and the signs are there that this could be the case yet again.

This time around, the opportunity is one that is shared almost equally by two other teams. Here’s how things look going into the final game:

Portsmouth currently sit one point above Oxford in the final play-off place, while Charlton are level on points, with only a stronger goal difference separating the two sides in seventh and eighth.

If Pompey win, then they are guaranteed the final spot in this year’s playoffs no matter what result Oxford or Charlton achieve. But if Pompey draw or lose, an Oxford win would all but guarantee them sixth as that would require Charlton to not only win, but also better Oxford’s result by five goals.

A Portsmouth loss and an Oxford draw would also be enough to see the U’s over the line should Charlton draw or lose themselves, considering the team’s stronger goal difference over both opponents. The bottom line is that Oxford need a result this weekend to stand any chance of keeping their Championship promotion dreams alive. 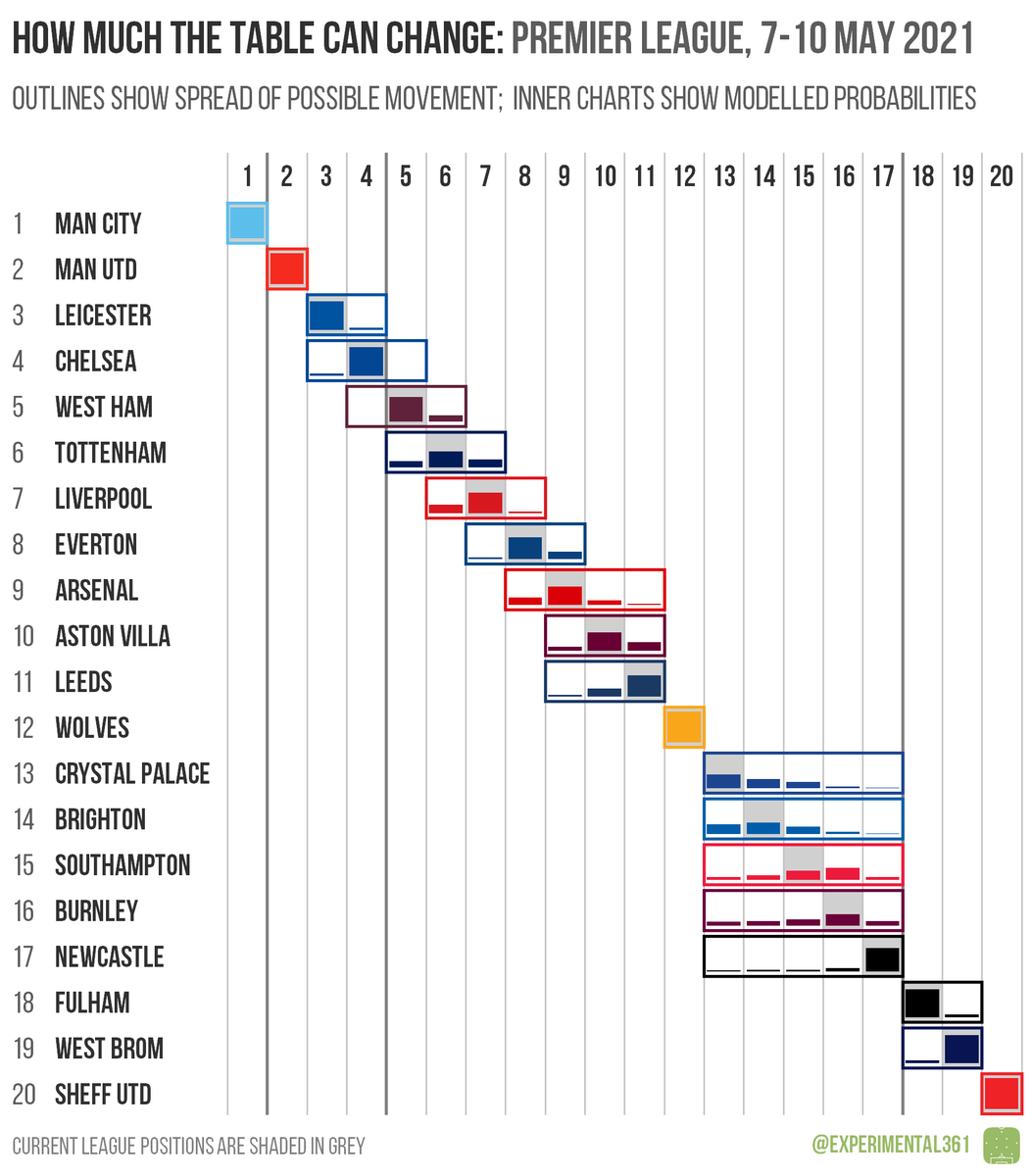 Here's how much the league tables can change as a result of the weekend's fixtures: https://t.co/aWKsKIZfO9 https://t.co/3qCSLHkEeI

And so it's last season's finalists who are the subject of our coupon buster as they host the revitalised Burton Albion at the Kassam Stadium.

Given a less than favourable record at his two previous clubs and a three-year managerial absence, many understandably turned their noses up at the thought of a second stint as Brewers boss for Jimmy Floyd Hasselbaink. But the Dutchman and his assistant Dino Maarmia have subverted all expectations, breathing new life into a club that resided at the bottom of the table with only 13 points to its name.

The two got a sense for the task at hand only a day after their appointment, watching on from the stands as Burton were dismantled 5-1 by Oxford. Since then, the pair have guided Albion eight places higher, guaranteeing League One football with a cushy 57 points so far. Hasselbaink has won 13 of his 23 games, losing only five times in the process. To put that into context, Oxford are only six points better off since Jimmy took charge, and if the season had started from games only he has managed, then Burton would currently be sitting in sixth place - the very play-off position that Oxford themselves are fighting for.

Jimmy Against the Big Dogs

Here's a breakdown of Burton's record against the current top seven this season before Hasselbaink took charge:

Now look at their improvement in these matches under Jimmy:

They've picked up two wins against two teams who will be playing in the Championship next season in Hull and Peterborough, while acquiring seven more points in these top seven matches in one game fewer than previously.

There's No Stopping Burton On Their Travels

Before the Hasselbaink revolution commenced, Burton were yet to record a single away win this season. Now, they've won eight matches on their travels, with a total of eight draws and six losses away from home, compared to seven wins, four draws and 12 losses when hosting their opponents. For an even greater sense of their solid away record, they've accumulated 32 points when on the road as opposed to just 25 for games played at the Pirelli Stadium. Top of the Point Per Game @SkyBetLeagueOne since we came in January 2021 🙌🏽 It's been a huge effort from everybody involved @burtonalbionfc 🙏🏼 what a fantastic club 💛🖤⚽️ Now Five more games to go ... let's go for it #brewers @EFL https://t.co/aEQLXZELkc

Under Hasselbaink these numbers only look more impressive. Away from home they haven't lost a single game, recording eight wins and three draws during this time. Their home record has five wins from a possible 11, with four defeats and two draws with Jimmy at the helm.

Double chance betting is used to give you a bigger chance of winning from a single event. It covers two of the three possible outcomes in one bet. It can include the win-draw for one particular side, or remove the draw entirely. In this case, we’re suggesting a Burton/draw double chance at odds of 6/5 which means that if Burton avoid losing to Oxford, your bet will land.

If you were to back Burton outright, the best price currently available is with Bet365 who have the Brewers at 17/4 to beat Oxford.