Here at BettingOdds.com, we champion the underdog. The sight of one team letting your accumulator down may be all too familiar, but instead of cursing the missed opportunity and loathing the loss, we instead want to seize the moment and celebrate the coupon buster.

Which is why each week we're picking out an unfavoured team to defy the odds, giving you all the reasoning why they are worth a punt despite what the bookies might think, as well as pointing you in the direction of the best available price to back them at.

Tale of the Tape:

The dawn of a new season is upon us. When Friday night’s opening clash between Bournemouth and West Brom gets the new Championship campaign underway, it’ll have been 69 days since a competitive ball was last kicked in the division - courtesy of Brentford’s momentous play-off final victory at Wembley in May.

For some background into the significance of this particular fixture for Blackpool, it will be their return to England’s second tier following a six-year absence. The Tangerines have had a tough time of it over the past decade, dropping from the Premier League to League Two in just six seasons.

But things have since looked up; Pool were immediately promoted back up from England’s bottom tier at the first time of asking, the Oyston’s 32-year reign of the club ended in June 2019 and most recently they etched their sixth play-off final win in eight appearances, with Championship football their prize for this victory.

As for the hosts, their sixth consecutive season in the Championship was a rather dull affair. They finished in 19th place, seven points above the highest-relegated team in Wycombe but with a handful more losses to their name than most teams around them.

After Dean Holden stepped into the hot seat and failed to meet expectations during his seven month tenure, Nigel Pearson was brought in midway through the campaign as his replacement.

"After a nightmare start to the season, Blackpool have got their dream ending!" 💭

The Tangerines lift the League One play-off trophy after their 2-1 win at Wembley! 🍾🏆 https://t.co/54ZqZNwUOL

Typically we’d be talking about the positive impact that a new manager has had since being appointed at a club. However, in this case, there seems to have been the opposite effect. For whatever reason, Nigel Pearson has struggled immensely to get his Bristol City team up and running.

Entering the fray halfway through a campaign is never ideal and has been the case in both this and his previous job at Watford the season before last. The difference being that Stephen Lansdown saw something in Pearson during his initial contract until the end of the season, and subsequently offered him a three-year contract which he gladly signed.

The facts are that his record speaks for itself - he’s managed 14 games since taking over Bristol City. During that time, he’s won only twice; once on his first outing, and the last time being on March 13th. 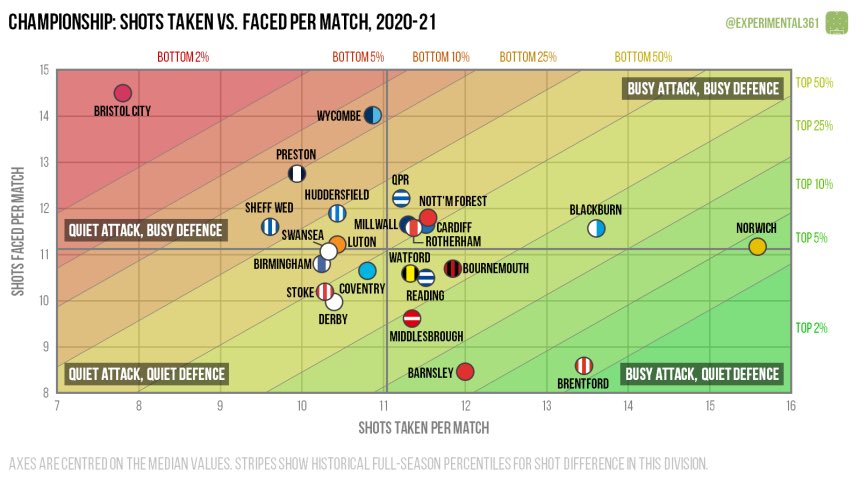 If we finish say, 12th, after the preposterously bad season we've just had, then Nigel Pearson deserves an OBE https://t.co/lKn9EdLaP8

Speaking in competitive terms, Pearson hasn’t won for 10 matches, losing the final four consecutive games of the season to an aggregate score of 12-5. It’s also worth noting that among these losses was a defeat to the league newcomers for that season - Wycombe Wanderers.

The man is infamously a love-him-or-hate-him type of character. He’s been sacked from his last two jobs, left Derby by mutual consent before that, and most memorably was axed when the working relationship between himself and the Board was deemed “no longer viable” following a pre-season incident which involved his son and other Leicester City reserve players in Thailand.

Dissecting Pearson’s 14 games in charge from last campaign reveals that he experimented with a whopping seven different formations. That’s a staggering number even for someone taking the helm at a new club and searching for the right balance within their team.

And this uncertainty has continued through City’s pre-season. There have been three new recruits to the Robins’ squad, in addition to the 12 departures this summer. The boss has operated under a sell-to-buy regime and has candidly admitted that their transfer business is likely to be done and that his team “are short of a guaranteed 20 goals a season person.”

There was a late opening day winner from Tomas Kalas on our last opening day! 🙌

They’ll be without three senior figures for the forthcoming season, with Famara Diedhiou, Jamie Paterson and Adrian Mariappa included on the list of outgoings. Between the trio, they made 85 appearances for the Cider Army last season. The former two have also been at the club for four and five seasons respectively, so you’re removing players that understand the culture and expectation, too.

On the field, the gaffer has been attempting to forge a reliable centre back pairing. Captain and Czech Republic international Tomas Kalas appears to have been frozen out at Ashton Gate. Murmurs of a move away for the defender who made five appearances for his country at Euro 2020 may be a deciding factor, or perhaps the partnership of Nathan Baker and new boy Rob Atkinson is preferred. Either way, the fact that those foundations are still up in the air going into the new season is enough cause for concern.

Looking at the other end, Blackpool are completely opposite to this. With Neil Critchley in charge, the Seasiders have a very pragmatic approach to games, chopping and changing between fixtures and even in-game to suit their needs versus whatever opponents they face.

Before his time on the coast, Critchley was the Liverpool U18s and Liverpool U23s boss during Brendan Rogers’ and Jurgen Klopp’s reigns at Anfield. He even had a brief spell as the stand-in Reds boss during a fixture congestion involving Liverpool’s 2019/20 title-winning season. On top of all this, an interesting fact is that he is one of only 16 people in the world to have gained the highest possible qualification in the game: the FA Elite Coaches Award.

Here’s Critchley’s record at Blackpool since taking over:

And this is how Blackpool ended their season:

All of this within the man’s first full-time managerial position speaks volumes for his credentials in the toughest job of all. And while last season was one of practicality, it looks and sounds as though Critchley understands the need for something else in the Championship.

His side are likely to continue to play out from the back, press from the front and work tirelessly to upend their opponents. The Tangerines boast a youthful squad, with two great options at the top of the pitch in favourite Jerry Yates and the Northern Irish Shayne Lavery.

Double chance betting is used to give you a bigger chance of winning from a single event. It covers two of the three possible outcomes in one bet. It can include the win-draw for one particular side, or remove the draw entirely. In this case, we’re suggesting a Blackpool/draw double chance at odds of 4/6 which means that if Blackpool avoid losing to Bristol City, your bet will land.

The best price currently if you were to back Blackpool for opening day glory is 12/5 with William Hill.