Could Mike Dean be Chelsea’s lucky charm for their FA Cup semi-final vs City? 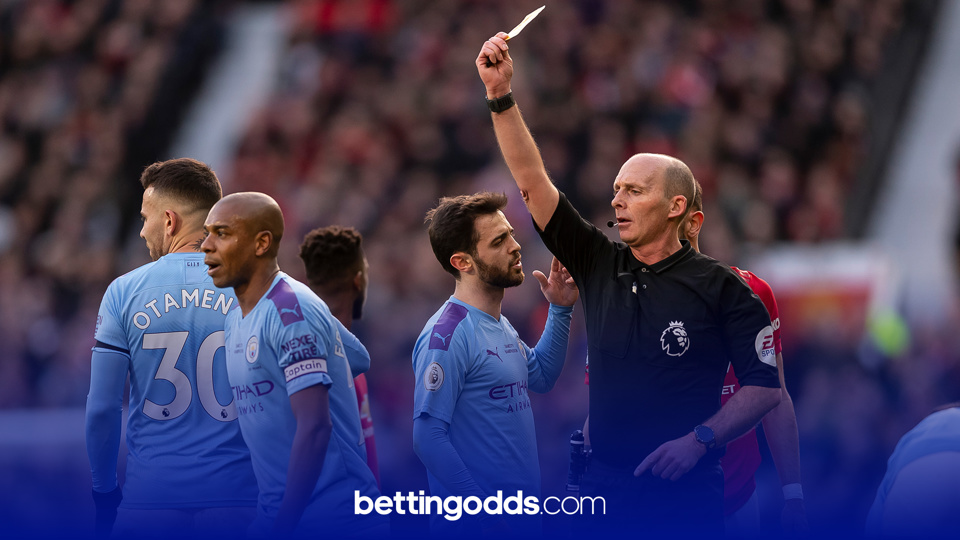 It’s that time of the year already, where four teams travel to Wembley for a chance to book their place in the final of the greatest cup competition in the world.

This Saturday sees two familiar visitors to the famous arched stadium where two of England’s most successful teams in the last decade face off to add more silverware to an already decorated cabinet.

Twenty-two elite players will walk out onto the pitch at 5.25 but they will be accompanied by a man who has been at the top of his game for the last 20 seasons. Mike Dean will officiate his third FA Cup semi-final so we’ve delved into his - and Chelsea and City’s - stats to find you some value betting selections.

Which teams love seeing Mike Dean in the middle? 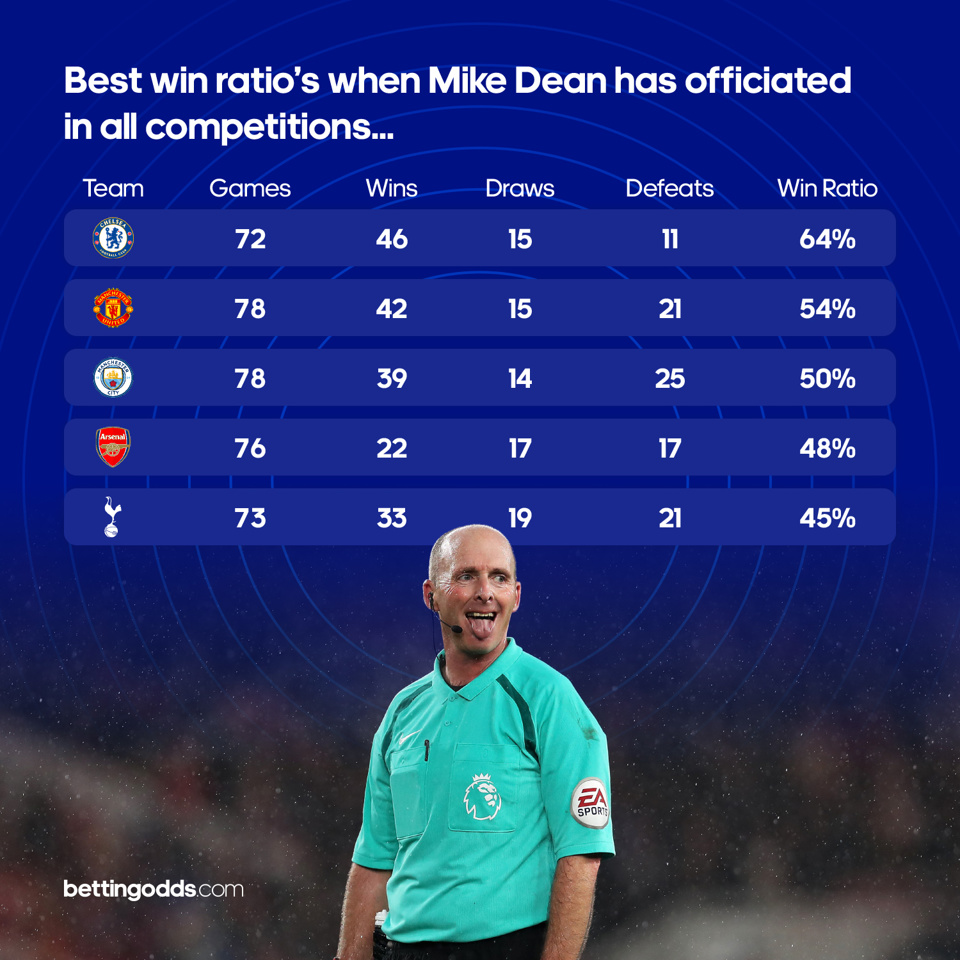 Dean famously celebrated a Dembele Tottenham goal at White Hart Lane but could that be a visard for the truth? The stats suggest that it is in fact Chelsea who have the best win ratio when the Wirral warrior has the whistle. Could Dean be Chelsea’s lucky charm again on Saturday? 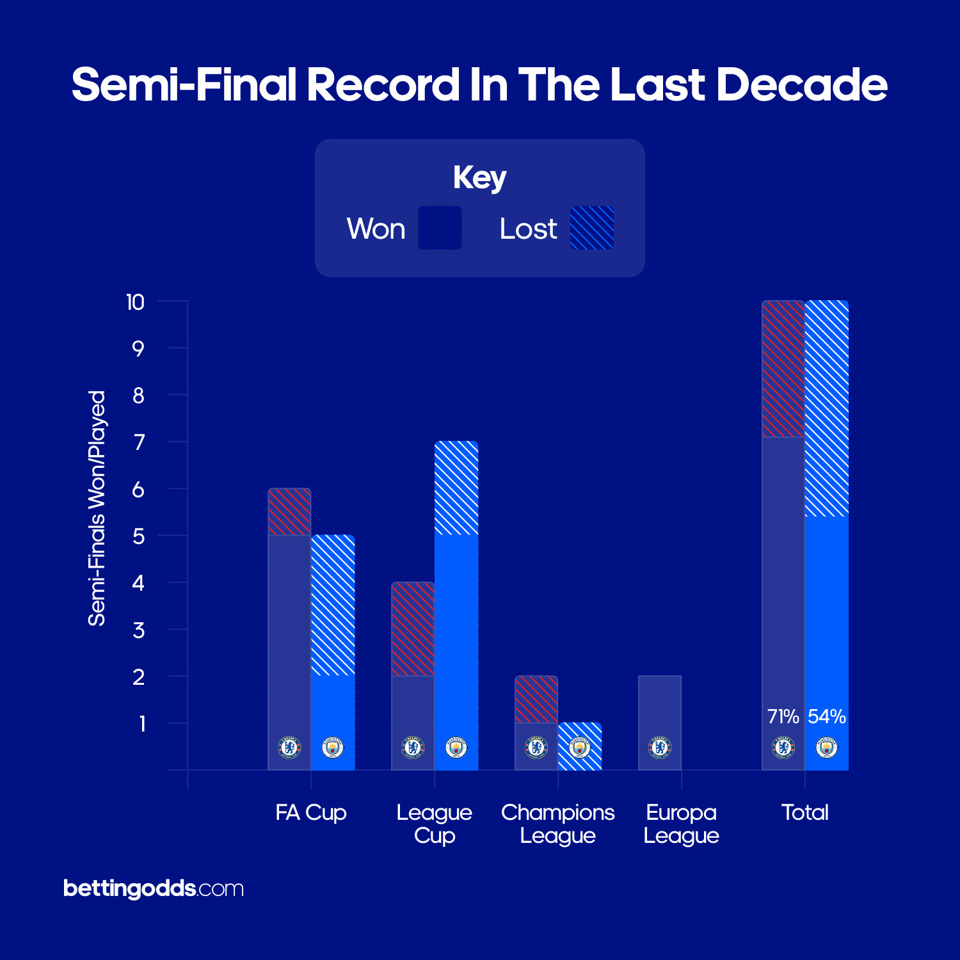 The bookies are at it again when pricing up Pep Guardiola’s men, which in our eyes opens up a great betting opportunity. Chelsea to win in 90 mins is best priced at 19/5 (4.8) with William Hill, which looks an outstanding bit of value when you consider they have had a day more to prepare for this game and City’s semi-final record against top opposition.

Depending on your Man Utd persuasion, you could argue City much prefer to face a lower quality of opponent in semi-finals so Thomas Tuchel’s new side should have reason to be optimistic.

You can also get Chelsea/draw double chance at 21/20 with William Hill. That’s for Chelsea to win or draw in 90 minutes and if you were to put £10 on it you’ll get more than double your money back. However, when looking at Chelsea’s last 10 semi-finals, 80% sees them get the job done in 90 minutes, so the 19/5 is what we’re suggesting for this one.

Mike Dean must be the only man on the planet who dislikes NGolo Kante, giving him six yellows down the years and despite only starting 16 times for Chelsea this term he is their most cautioned player. Tuchel has started Kante and Kovacic against Arsenal, City, Man Utd and Atletico Madrid, and I think that will be his preferred midfield dynamic which will start on Sunday.

City’s Brazilian battleaxe may be 35, but has proved this season he will play a vital role if Pep’s men are going to win a historic quadruple. He’s played 28 times this term and with Rodri holding the fort against Dortmund in midweek I expect Fernandinho to be trusted in this one, and as he’s picked up six yellows in his last seven games, I’m confident he’ll make it a magnificent seven against a fast-paced Chelsea outfit.

In the last six City games, Sterling has only started once - during their home defeat to Leeds - and appears to have fallen out of favour at the Etihad at the moment. With the short term around, I think Pep will give him a starting place vs Chelsea and with a point to prove, a revved-up Raheem could well find himself in Dean’s notepad for a seventh time.

You can back the trixie on bet365, which means that if any two of the cards come in you’ll still be paid out a percentage, and if we nail all three it’ll be a 75/1 winner!