Chelsea v Everton Tips: Back Sigurdsson in the shots market 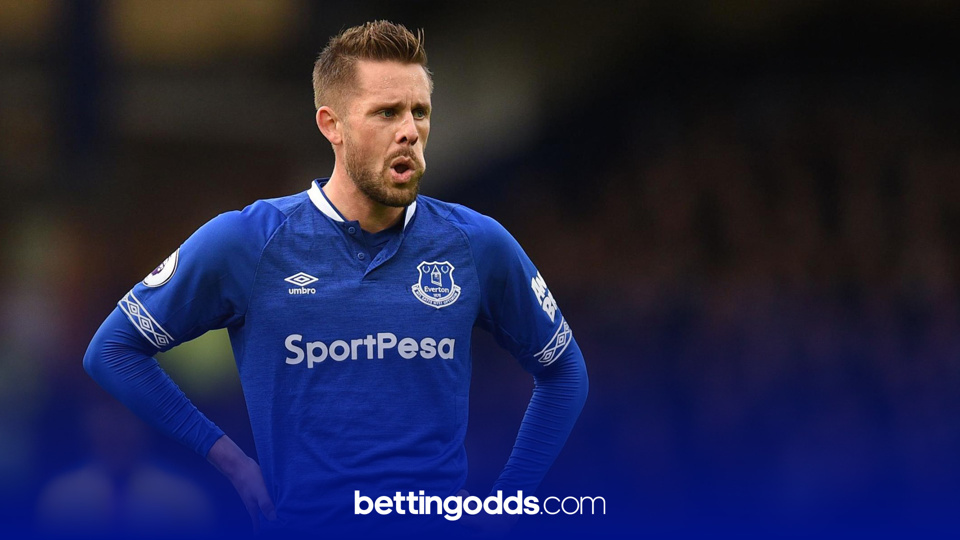 Thomas Tuchel has steered the ship clear of the mid-table abyss, his Blues side now embark on their quest to secure Champions League football next campaign as we head into the business end of the season. Victory tonight will stand them in good stead, moving them four points clear of Everton who sit a place below them in fifth. Tuchel could shuffle his deck here with the likes of Oliver Giroud, Mateo Kovacic and Marco Alonso all expected to return to the starting XI.

As for the visitors, Yerry Mina, Fabian Delph and Jean-Philippe Gbamin all miss out with injuries. James Rodriguez remains a doubt which should see the in-form Gyfli Sigurdsoon keep his spot.

Despite the fact that Everton sit just a point behind Chelsea, they are as long as 11/2 to come away from the capital with all three points this evening. However, the value definitely lies with the visitors who have won 29% of their games when priced accordingly.

Towards the end of Frank Lampard’s tenure at Chelsea, Mason Mount was playing in centre midfield. However, under Tuchel’s management - after a rocky start - he has returned to a more familiar role as a number ten and as a direct consequence his attacking output has increased.

Under the German supremo, Mount has started seven EPL games, he has averaged 2.4 shots per game and scored three times. During these games, he has hit the line of three shots in games against Burnley, Spurs, Man Utd and Liverpool. Tuchel’s narrow 3-4-2-1 formation does pile creative responsibility onto Mount, however, this is something the young Englishman seems to shoulder willingly.

Ancelotti is expected to deploy a midblock as The Toffees will look to contain and counter as he has done in fixtures of similar stature this campaign. Since the turn of the year, Man City’s Bernardo Silva and Phil Foden and Man Utd’s Bruno Fernandes have all hit at least three shots against Everton.

Since signing from Swansea back in 2017 it is fair to say that the Icelandic midfielder has not exactly lived up to the £50m price tag. However, since the turn of the year Gylfi Sugurdsson has been one of Ancelotti’s stand out performers and with two assists and a goal to his name in his last three appearances he may get the nod over James Rodriguez tonight, even if the Columbian is fully fit.

Since the start of February, Sigurdsson has played 560 minutes of football in all competitions as he has accumulated 13 shots, six of which have hit the target and hit the back of the net three times. Therefore, he is averaging a shot every half and hitting the target once every 90 minutes.

Most bookies have him at around even money which, combined with the underlying data, makes Betfair and Paddy Powers price of 2/1 for him to register a shot on target tonight even more tantalising. It is worth noting that he is also on penalty duty.

My long-shot comes courtesy of Betfair’s ‘Same Game Multi’ feature where you can combine the previous two selections to have two shots on target each at odds of 120/1.

This is a line that Sigurdsson has hit five times this campaign for club and country, twice in the last five weeks! As previously mentioned, he will be brimming with confidence given the fact that he has registered five assists and scored three in his last eight appearances.

Mount will be boasting confidence in equal measure to his fellow number ten tonight following his match winning goal at Anfield in Chelsea’s last outing. In that game he hit the target twice.