Chelsea v Arsenal Tips: Back Jorginho to pick up a card against the Gunners 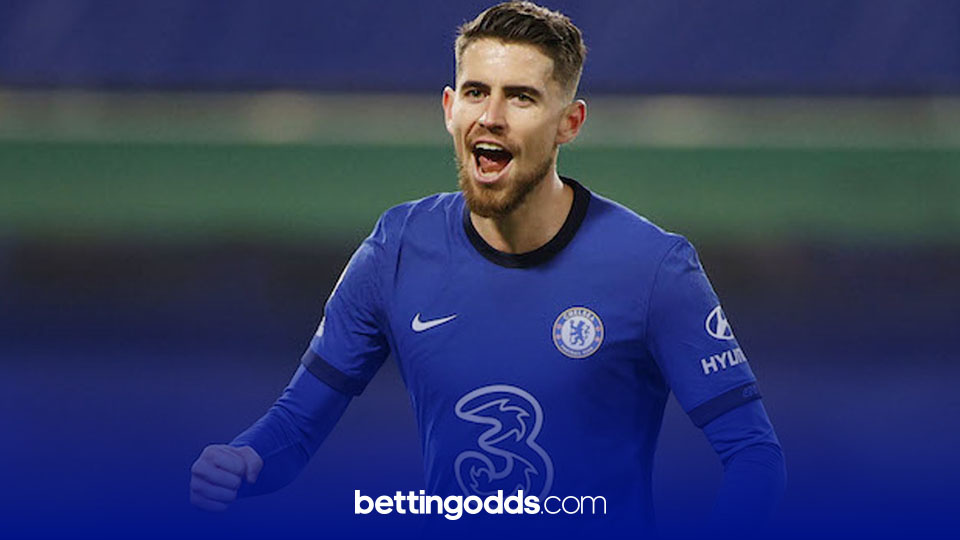 Tuchel and his Chelsea side will be brimming with confidence as they welcome London rivals Arsenal to Stamford Bridge on Wednesday evening. Live on Sky Sports with an 20:15 kick off, both teams still have plenty to play for; Chelsea being able to take one step closer to guaranteeing Champions League football for next season, with Arsenal aiming to keep their Europa League qualification hopes somewhat alive.

After a stunning comeback against Manchester City at the weekend in their Champions League final dress-rehearsal, Tuchel's Chelsea side have now registered three straight wins against Fulham, Real Madrid and Man City in the space of seven days. Coming fixture congestion could see rotation in the camp as both Christensen and Kovacic remain Injured, Frenchman Kante may be rested for the FA Cup final on Saturday which could make way for 19 year old Billy Gilmour to keep his place in central midfield.

Arteta's side are currently sat in 9th position, 4 points behind European qualification. Bowing out of the Europa League semi-final last week in a lack-lustre second leg performance seen the Gunners draw 0-0 at the Emirates where they looked completely out of ideas. They managed to bounce back in a 3-1 victory against 19th place West Brom giving them hope that they can still compete in Europe next season. Tierney is back fit and likely to slot into his left back position, with Xhaka, Mari and Luiz all still sidelined with injury.

The German forward has been in and out of the Chelsea side all season but is looking better and better each time I watch him play. With rotation being more often between him and Pulisic, he is out to prove himself which has seen him net 3 times in his last 3 Premier League starts.

Another price that caught my eye is Jorginho to be booked at 9/2. The Italian midfielder is pivotal to the way this Chelsea side maintain the ball with his great movement and ability to read and control the game.

Off the ball he also isn’t afraid of putting a foot in. He has managed 20 tackles in his last 6 starts and with Odegaard, Saka and Smith-Rowe all good dribblers, I wouldn’t be surprised to see him mistime a tackle or two. His bookings are rather low this season in the Premier league, but has 4 cards in 11 Champions League games, with 2 coming in his last 4 starts.

For my longshot, I am throwing a few selections together that look good value. Werner has been struggling to find the net this season, but is still getting into great positions to hit the target and even assist goals. He has registered 2 or more shots on target in 6 of his last 12 starts which looks value at 7/4 to repeat this feat against a poor Arsenal side.

Saka looks set to be back on the right which often increases his shot output, averaging 2.1 shots per game in the Premier League this season. I also like the look of Tierney to go into the book at a good price. He could be up against Ziyech who is great with the ball and can often see his opposition go into the book. Combining all three selections gives us an outsider chance at an appealing longshot with a juicy price.