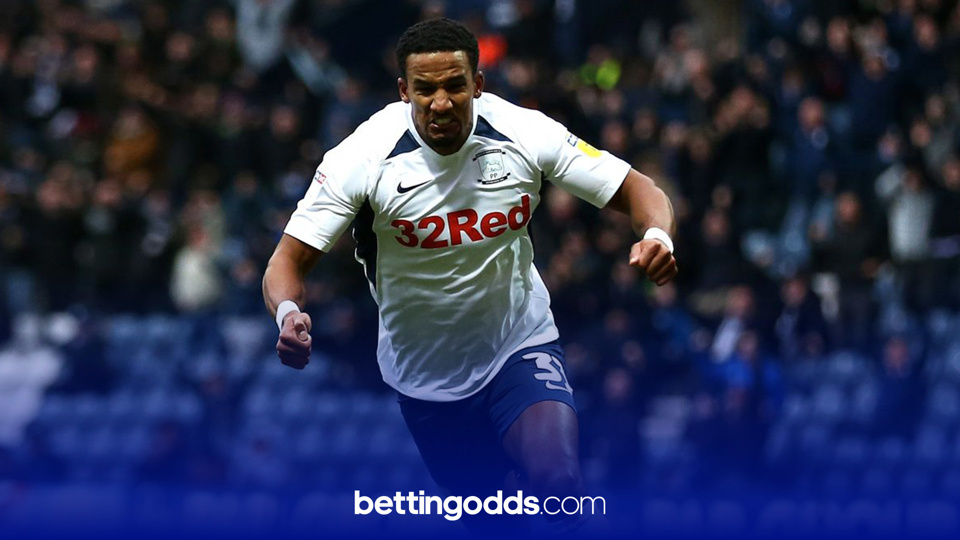 With a whole host of action in the Championship to look forward to this mid-week, I’ve taken a deeper look into the top goalscorer market, to see which players have started brightly in the second tier, and the odds behind each of the current front-runners.

Brentford’s Ivan Toney is currently joint-top in the scoring charts with 7 goals to his name in his opening 7 appearances. The 24-year-old may still only be young, though it feels as though he has been around for decades in the EFL, consistently banging goals in for the likes of Scunthorpe, Wigan and Peterborough.

Toney has amassed an impressive 84 career goals at senior level already, and having made the step up a division in the summer, joining Brentford from League One side Peterborough, it’s clear that he is comfortable in his new surroundings.

Playing in a side who create as much as Brentford, with the likes of Bryan Mbeumo (three assists so far) providing him with goalscoring opportunities in the final third, the Englishman should enjoy a very successful season this time out. With a seven-goal haul in as many games, Toney is one of the league’s current front-runners and the firm bookmaker favourite at 11/4.

Alongside Toney, also with seven goals to show for his efforts so far is Blackburn front man Adam Armstrong. The 23-year-old is another player whose name is well-known to followers of the EFL despite his young age, with impressive spells on loan with Coventry and his current (and now permanent) employers Blackburn proving his exceptional talent at this level.

Armstrong, like Toney, started his career with Newcastle and both are now proving that it was perhaps an error for the Magpies to let them depart the club earlier in their respective careers. Rovers started the campaign well but have since tailed off slightly and now sit in 10th place. They do sit top of the pile when it comes to chances created, however, proving what a creative side they are this term. This can only be of benefit to Armstrong, whose job will obviously be made easier by the rest of the side pulling their weight and supplying him with opportunities.

At 5/1 there is certainly value in getting behind Armstrong at this early stage, though it remains to be seen if he can maintain this level of performance throughout the whole campaign.

Third-favourite in the market, but already three goals behind the aforementioned pair, is Reading striker Lucas Joao. The table-topping Royals have been a breath of fresh air so far this season and currently lead the way after seven games. Joao has been the Berkshire club's standout performer, netting four goals in his opening six appearances, and can be backed at 16/1 in the market, which is an appealing price given his - and his team’s - start. Again, though, longevity could be an issue here and should Reading start to falter, then that will obviously harm Joao’s chances of going the distance.

Seasoned Championship goal-getter Teemu Pukki (18/1) has began this season slowly with just two goals so far, but as we saw throughout the 2018-19 campaign - when the Finnish striker claimed the Golden Boot after scoring 29 goals - Pukki has undoubtable quality and could easily start to regain form soon. Even last season in the Premier League Pukki showed glimpses of being able to cut it against the best in the business, and should Norwich start to improve on their consistency (4W, 2L, 1D so far), then the 30-year-old will surely reap the rewards in the goals department.

Elsewhere, the likes of Bristol City’s Nahki Wells (28/1) and Preston’s Scott Sinclair (66/1) - both of whom have a wealth of experience at Championship level - have also begun 2020-21 brightly. Sinclair has four goals so far while Wells has three, and while there is of course a long way to go, they both have the know-how of this division which could massively boost their chances of claiming the Golden Boot award in seven months’ time.

It is worth remembering, too, that a lot of bookies are still offering each-way places at a quarter of the odds, so backing a larger-priced selection could still prove profitable - look for a player at longer odds who plays in a forward-thinking attacking team which create plenty of chances. Sinclair and Preston stand out upon first review; the Lancashire outfit sit mid-table but are among the division’s highest goalscorers with 10 goals in seven games, and an e/w bet on the ex-Man City wide man at odds as high as 66/1 would still return a decent bit of profit. Just a thought. 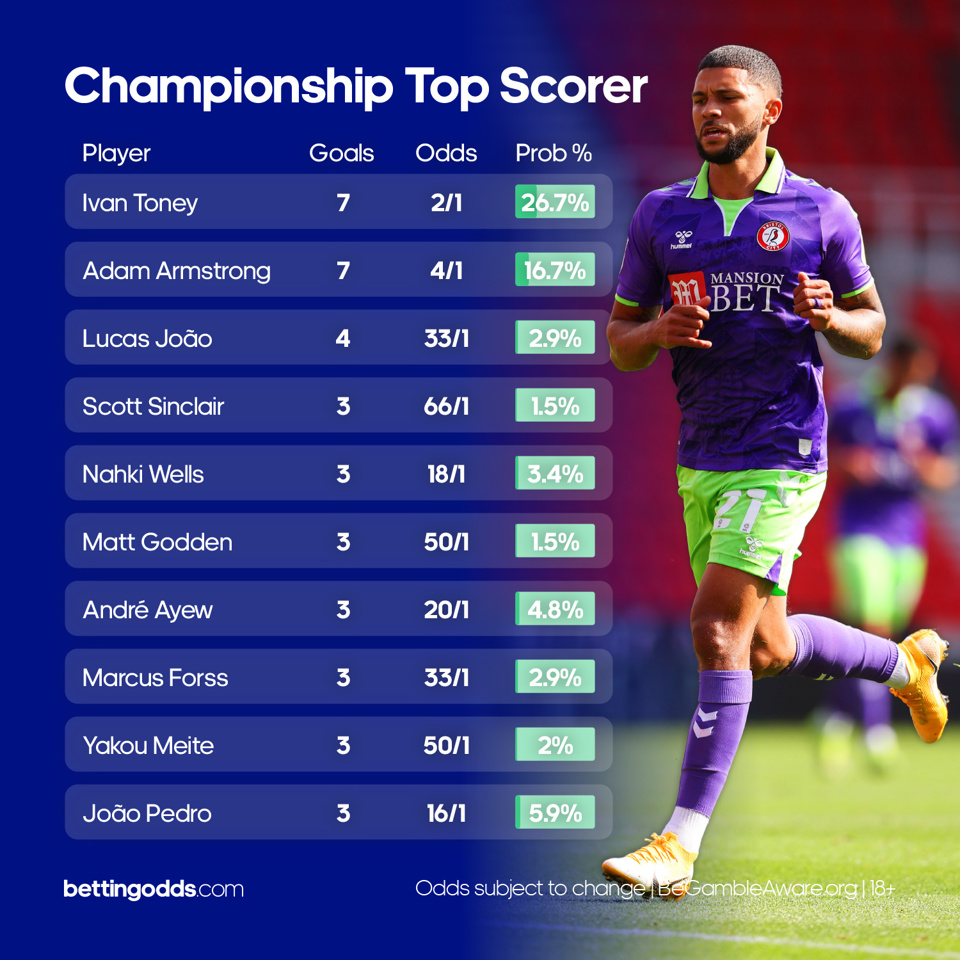