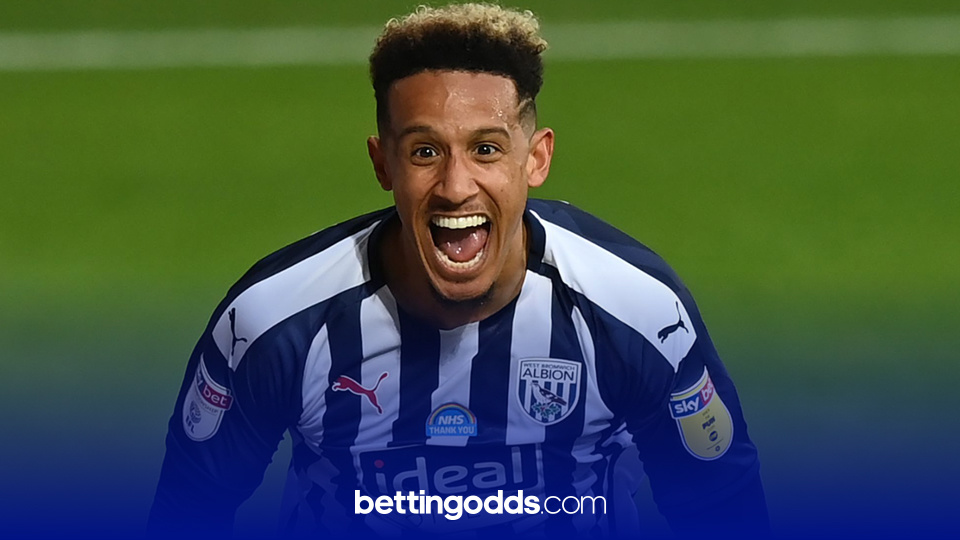 Championship Tips: Back Robinson to get amongst the goals against former side.
By JimmyThePunt
09:56 Wednesday 18th August 2021 - 4 minute read

We have got a bumper round of fixtures in the EFL so I have cast an eye over the action in the Championship and picked out two of my favourite angles.

My first bet for Wednesday's action in the second tier comes courtesy of West Brom’s bout with the Blades at the Hawthorns. I fancy former Sheffield United striker Callum Robinson to come back to haunt his ex-club here, he is priced at 27/10 to score anytime.

In what can only be described as the worst trade deal in the history of trade deals, maybe ever, Robinson headed down the M6 and in return Ollie Burke came the other way. Whilst Burke has struggled to convince in S2, Robinson has made quite the impression in the Midlands.

This campaign, in a fluid Baggies front three, Robinson has been flanked by Karlan Grant and Grady Diangana and shone. He has scored in both of their opening fixtures as he has racked up eight efforts and an xG of 1.43.

Robinson was signed by Chris Wilder when the Blades got promoted to play on the left of a front three - a system that never materialised - and despite some stand out performances, most noticeably against Chelsea at Stamford Bridge where he scored and set up the equaliser, he never got a proper chance to establish himself in South Yorkshire.

Therefore, this will be a bit of a vendetta for him and given the way he has started the season you would fancy him to get one over the club that deemed him as useful as Ollie Burke. For the reasons outlined above, at 19/1 with Unibet, the brace might be worth a play as the same bet is only 8/1 with other firms.

For my longshot, I really like the look of a Robert Dickie goal at 19/1 with Betfair and Paddy Power.

The Hoops centre back has made quite the start to the season as he has bagged three goals in as many games, a wide variety of finishes that showcase his ability to find the net.

His first goal was a crisp strike from 25 yards against Millwall on opening day that speared into the corner. Here he picked up the ball inside his own half, his first touch took him past the pressing Wallace and then he drove towards goal. His second was a bullet header, directly from a corner at Leyton Orient and the latest addition was the third and final goal in the Hoops 3-0 victory over Hull. It capped off a fine performance that also included a goal line clearance. Dickie made a late charge into the box and found the ball at his feet six yards out in front of goal.

Dickie has a career goals per 90 minutes average of 0.06, therefore you could argue his price is still value in that sense. However, going off this season alone, there seems to be an air of confidence about him that only comes when a player is in a rich vein of form. He is making runs he would not usually make and taking the chances that come his way. Tactically, Mark Warburton switched to a back five half way through last season so you could say that Dickie is finally reaping the rewards of a slightly different role that facilitates more marauding.

Whatever the case may be, with Dickie as short as 5/1 to make it four goals in as many games elsewhere, Betfair and Paddy Power’s price is certainly worth a punt. If you're feeling extra audacious the same firms also have him posted at 300/1 to bag a brace, the same bet is only 40/1 with Boylesports.