What an end to a crazy season in the EFL Championship
By Callum Pragnell
11:29 Thursday 23rd July 2020 - 4 minute read

The English Championship has long been hailed as one of the most exciting and unpredictable leagues in world football, and last night it proved just why.

With so much still riding on the final round of fixtures in the second-tier, there was plenty of interest from punters placing wagers on the various Championship betting markets.

SkyBet's 'A goal to be scored in each half' special proved to be a profitable selection, as that flew in at odds of 300/1 with nets rippling at an almost constant rate during gameweek 46 in the EFL’s elite division.

But what were the main talking points from an evening filled with such excitement? Let’s take a closer look. If you’re a Nottingham Forest fan, it might be an idea to look away now.

Swansea make the play-offs, as Forest completely bottle it against Stoke

Prior to last night’s final round of fixtures in the Championship, there were only three points separating Swansea in seventh and Nottingham Forest in fifth, although the latter’s superior goal difference meant that they would have to really balls things up to fall out of the top-six.

All Forest and Cardiff (in sixth prior to last night) had to do was avoid defeat to Stoke and Hull respectively - two sides who have massively struggled this time out. One was safe from the drop so had nothing to play for and the other was essentially already relegated thanks to a rapid demise during the early part of 2020.

Cardiff made no mistake with their task, comfortably beating the downtrodden Tigers 3-0 on home soil, but Forest did the one thing they had to avoid at all costs (lose by a two-goal margin or more) when they were thumped 4-1 by The Potters in their own backyard.

Swansea knew that to keep their end of the bargain and make the play-offs, they needed to beat Reading by a three-goal margin, and they did just that by thrashing the Royals 4-1, with Liverpool loanee Rhian Brewster firing home an absolute rocket to put the Welshman in front after 17 minutes.

Forest were as short at 1/100 to make the play-offs yesterday morning, and 25/1 to miss out on a top-six finish. Meanwhile, Swansea were 12/1 to break into the top-six and a gargantuan 66/1 to be promoted due to the various complexities surrounding their chances!

Swansea are now 9/2 to use this momentum to win the play-offs with Betfair - slightly longer than the 4/1 rivals Cardiff are priced at - while Fulham are 23/10 to go the distance and Brentford are current favourites to earn Championship promotion at 6/4 with BetVictor.

At the foot of the division things were even tighter, with six sides all in contention for the drop. Hull were as good as relegated already but their 3-0 defeat to Cardiff cemented that fact, while Barnsley faced a huge task, needing to beat promotion-chasers Brentford away from home to remain in the second-tier.

The betting odds were massively stacked against The Tykes, priced at 13/2 for the win against the 2/5-priced Bees at Griffin Park, but they put in a phenomenal performance and ended up winning 2-1 thanks to a goal in the very last minute from substitute Clarke Oduor.

Should Wigan’s point deduction stand this season, meaning the Latics are relegated to League One for the 2020-21 campaign, last night's result means that Barnsley will be playing Championship football again next term.

Brentford, meanwhile, would have confirmed promotion to the Premier League with a win as West Brom could only muster a 2-2 draw at home to QPR, but will now battle it out in the play-offs. Congratulations in order to the Baggies, who will be plying their trade in the top-flight once more next season.

Luton also escaped the drop thanks to a thrilling 3-2 win at home to Blackburn despite looking as good as relegated for the majority of the campaign, in turn succumbing Charlton to relegation back to League One thanks to the Addicks’ 4-0 defeat away at champions Leeds.

Remarkably, not one of the teams who resided in the bottom-five on 2 July ended up being relegated - Luton, Barnsley, Stoke, Huddersfield and Middlesbrough all managed to turn things around and pull clear of the danger zone in the final stretch of this elongated campaign.

What an end to the most peculiar Championship campaign, here's hoping for more of the same next season! 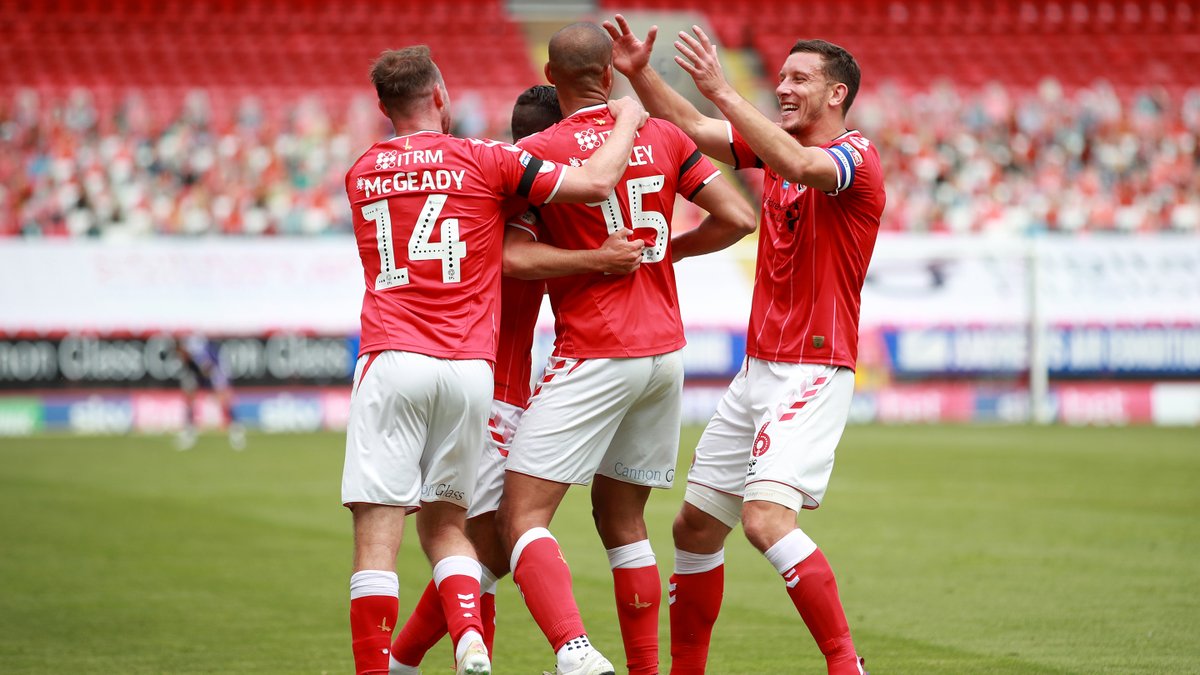