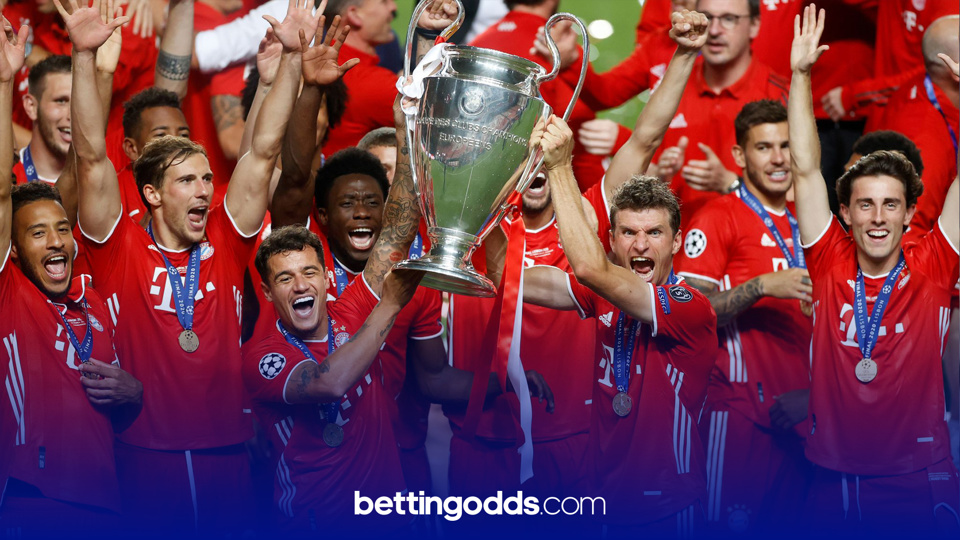 Bayern are being tipped to retain their crown as kings of Europe this season
By Callum Pragnell
14:43 Monday 24th August 2020 - 3 minute read

Sunday night’s Champions League final between Paris Saint-Germain and Bayern Munich brought a close to the most elongated season in history, with German champions Bayern laying claim to their sixth European Cup thanks to a slender 1-0 win in Lisbon.

Kingsley Coman’s 59th minute header was enough to separate the two sides in the Portuguese capital, and while PSG offered a solid fight and squandered some good goalscoring opportunities themselves, few would argue that the trophy was awarded to the deserved party when all was said and done.

Bayern have been so consistently consistent during a campaign which has offered little but complexities throughout, winning every single one of their games in Europe - including resounding triumphs against the likes of Tottenham (7-2), Chelsea (7-1) and Barcelona (8-2, correct score: 1000/1), largely helped by the form of their prolific front man Robert Lewandowski, who notched 15 goals on his way to becoming the Champions League top scorer.

It is therefore unsurprising to see that the Bavarian heavy-hitters have been priced as joint-favourites to retain their crown as kings of Europe this season, with bookmaker BetVictor offering odds of 9/2 for Hansi Flik’s side to go the distance in 2021. 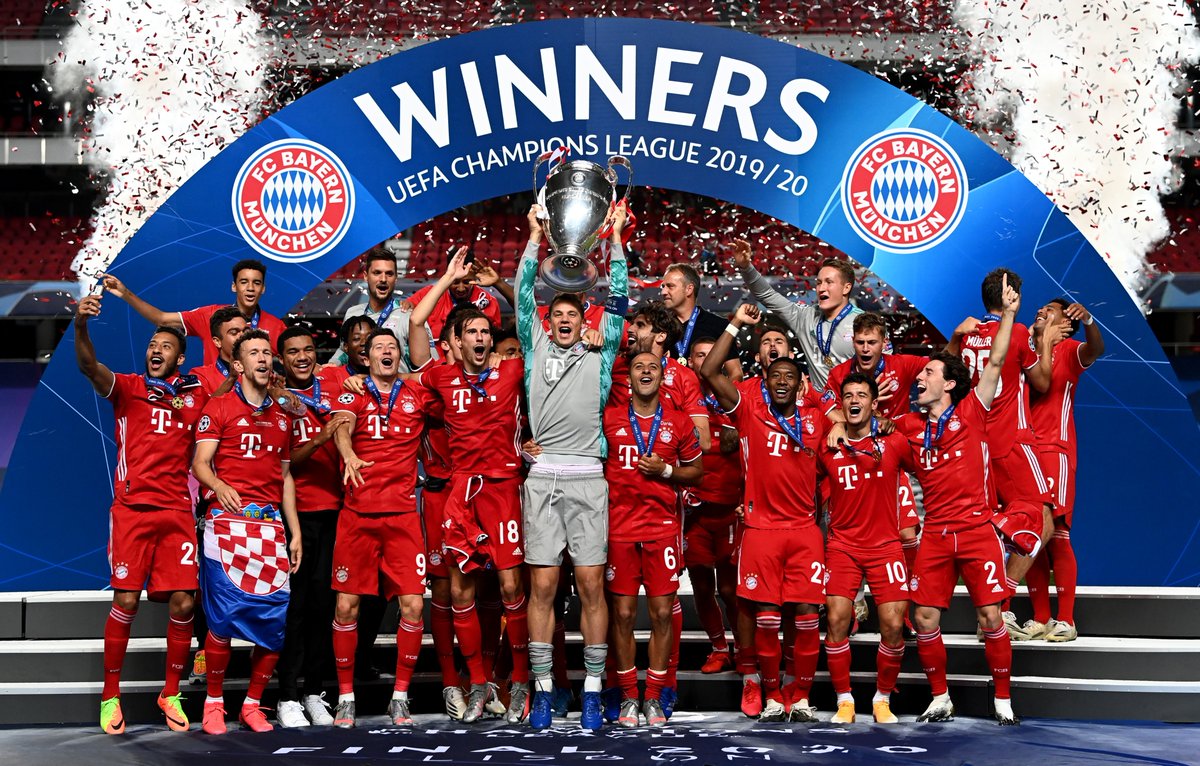 Alongside them in the outright betting market for Europe’s elite knockout competition is beaten quarter-finalists Manchester City.

Pep Guardiola is yet to taste success in Europe with his current employers despite winning all there is to win with the Sky Blues domestically, but came fairly close to changing that fact last term.

City made it through to the quarter’s after beating Real Madrid in the last-16 but were stunned by Lyon, losing 3-1 to the Frenchman after a shambolic performance at the Estádio José Alvalade.

The Cityzens are being backed to win their first ever Champions League this season, however, currently joint-favourites with Bayern at 9/2 (BetVictor).

Next up in the betting is 2018-19 champions Liverpool. The Reds were emphatic in the Premier League last season, storming to the title on 96 points, but bowed out of the Champions League at the last-16 stage to Atletico Madrid last time out.

Jurgen Klopp’s men are a slightly bigger price to win this season’s trophy, with odds of 5/1 available at BetVictor.

Elsewhere, Sunday’s beaten finalists PSG are an 8/1 chance to finally win Europe’s most desired cup competition, while Spanish titans and Italian champions Real Madrid, Barcelona and Juventus are each 12/1 shots.

The Blues have been busy in the transfer window this summer, adding the likes of Hakim Ziyech and Timo Werner to their ranks, and it looks likely that they will also acquire the signing of England left-back Ben Chilwell from Leicester, while potentially also negotiating deals for highly-rated Bayer Leverkusen midfielder Kai Havertz, and free agent Thiago Silva after he left PSG last night.

I think that the Blues will be a force to be reckoned with this season and like the look of their odds; this could well be the value selection for punters looking at a bigger-priced winner in 2020-21.

A full list of this season's Champions League outright odds can be found below.