Who Can The British Sides Face In The Champions League And Europa League Knockout Rounds?

All eyes will be on these balls come Monday
By Pete Marsden
15:53 Thursday 9th December 2021 - 5 minute read

The knockout round draws for the Champions League and Europa League will take place on Monday 13th December at the UEFA headquarters in Nyon, Switzerland, with coverage starting at 11am BST. You’ll be able to watch the draw live on BT Sport.

It’s safe to say that the British representatives in Europe’s two elite competitions have performed with serious quality this season. Of the four British sides in the Champions League, three of them finished top of their group, with Chelsea losing out on top spot after conceding a last minute equaliser. Liverpool came through their group with a 100% record, whilst Man City overcame PSG to finish top, with Man Utd pulling themselves back from numerous suspect positions to lead the way.

The Premier League sides have performed so well that you can find odds of just 4/6 for the winning team to come from England. 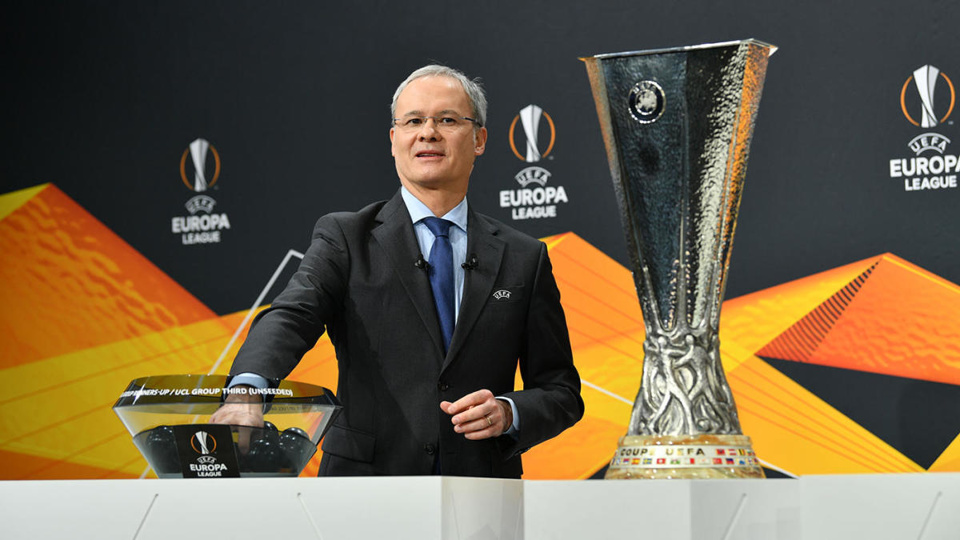 Some big teams will drop into the Europa League...

Heading over to the Europa League, Leicester are currently top of their group which features Spartak Moscow, Napoli and Legia Warsaw, although that could all change with their fixture this evening.

West Ham have been ever impressive in all competitions this season, and finished top of their group with a game to spare, ensuring that no side will want to travel to the east-end of London come next year. Rangers have confirmed their place in the knockout rounds, and have the arduous task of facing one of the Champions League dropouts. The only British side who failed to make it through was Celtic, who struggled in what was a tough Group G draw.

So, onwards we go, as we find out who our representatives are facing, their ideal outcomes, and their worst nightmares...

We’ll start off with Liverpool. Six-time European champions, a team in a ridiculous vein of form, drawing plaudits from all over the world, and becoming the first ever English club to win all six of their group games in a single season. Jurgen Klopp’s side can face one of PSG, Villarreal, Sporting CP, Inter Milan, Benfica or Salzburg.

The obvious one to avoid here would be PSG, who, despite losing at Man City recently, possess the star power to beat any team in world football. If you’re looking for an easier route, you’d have to look at either of the Portuguese clubs, specifically Sporting CP, who suffered two absolute trouncing's at the hands of Ajax. The Reds are 6/1 to win the competition for a seventh time, a price which sees them priced as third favourites.

The Premier League Champions have drawn criticisms recently for their supposed ‘boring’ style of play. One which I’m sure Mr. Guardiola won’t bat an eyelid at. City overcame PSG and RB Leipzig to finish top of their group, meaning they can face all the same sides as Liverpool, but swapping PSG for Atletico Madrid.

For Guardiola, you’d imagine the worst scenario would be to face Diego Simeone’s Atletico, with their style of football the complete antithesis of Guardiola’s tiki taka. Again, as a City fan you’d look towards either of the Portuguese clubs to face, in hoping that they can stand firm on the bookies’ backing of them to win the UCL, finally. 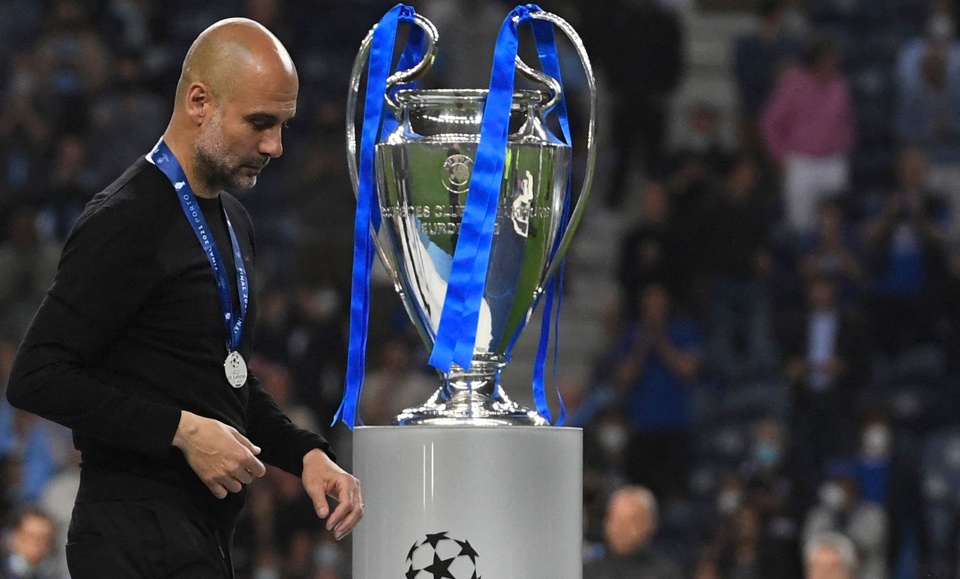 The last minute goal for Zenit will have annoyed Thomas Tuchel, leading to Chelsea to finish second.

The reigning European Champions have now been given a much harder task of qualifying from the next round, facing one of either Real Madrid, Bayern Munich, Ajax or Lille. The thought of facing any of the first free must terrify Chelsea fans, with Real Madrid possessing the prestige in this competition, Bayern having an unbelievable arsenal of attacking power, and Ajax playing some of the most exciting football in Europe this season. But French Champions Lille are not to be sniffed at either, as they themselves possess the attacking talent to hurt any side in the competition.

Finally in the Champions League, we have Ralf Ragnick’s tricky reds. United finished top of their group, meaning they can face any of PSG, Atletico, Inter Milan, Sporting CP, Benfica or Salzburg.

You’d have to imagine Ragnick will want to stay away from one the big three there, and possibly his former employers Red Bull, albeit this is Salzburg not Leipzig. Cristiano Ronaldo would no doubt be licking his lips at the thought of returning to Lisbon to face his boyhood side, and Man Utd fans will be hoping that’ll be the case come Monday.

Moving over to the Europa League, David Moyes’ West Ham look like they could genuinely be a match for any side in the knockouts.

I’m being genuinely serious here when I say I don’t think many sides will want to be shouted at by 60,000 Irons fans on a cold Thursday evening; the atmosphere that is being created at the London Stadium recently is only helping to boost an already seriously talented side.  Having won their group, West Ham have automatically been given a bye to the round of 16, where they will await a number of teams. Barcelona, Borussia Dortmund, Sevilla, Porto, Atalanta and many more will look to get through the Round of 32, but none will be excited at the prospect of a trip to West Ham in the last-16.

12/1 for The Hammers to win the Europa League isn’t a bad shout at all IMO. 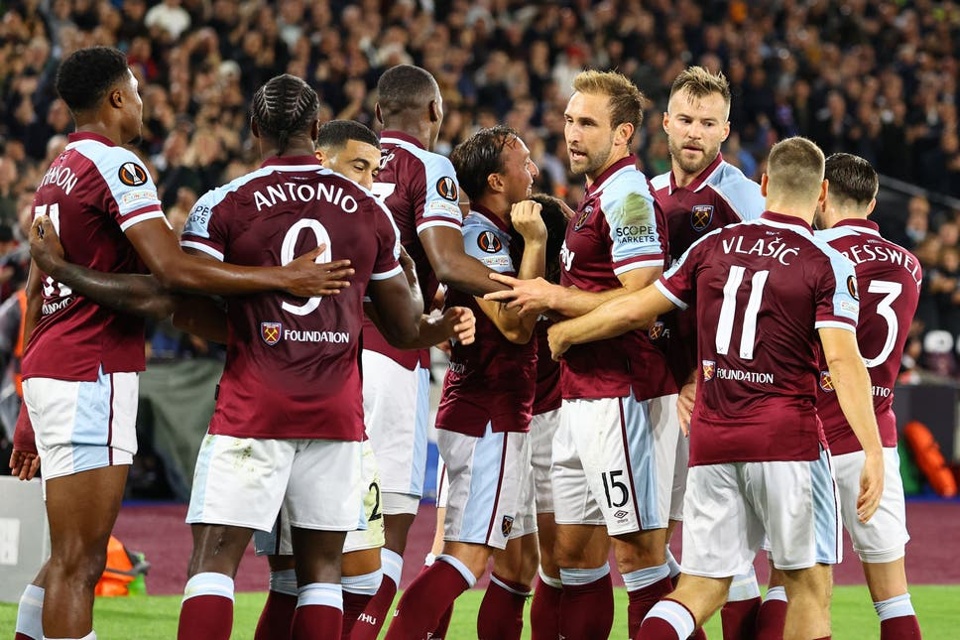 Will the bubble ever burst for West Ham?

Finally we come to the last British representative, Rangers. The Glasgow side have already qualified for the knockout rounds ahead of their game against Lyon, but will have to go down the route of facing one of the Champions League dropouts. Whilst the quality of the Scottish League may be debatable against the bigger named sides, the atmosphere that can be created at Ibrox is enough to give players a boost, as we’ve seen in previous seasons.

If they want to go deeper in the tournament, they’ll likely be keeping their fingers crossed for Zenit or Sheriff.