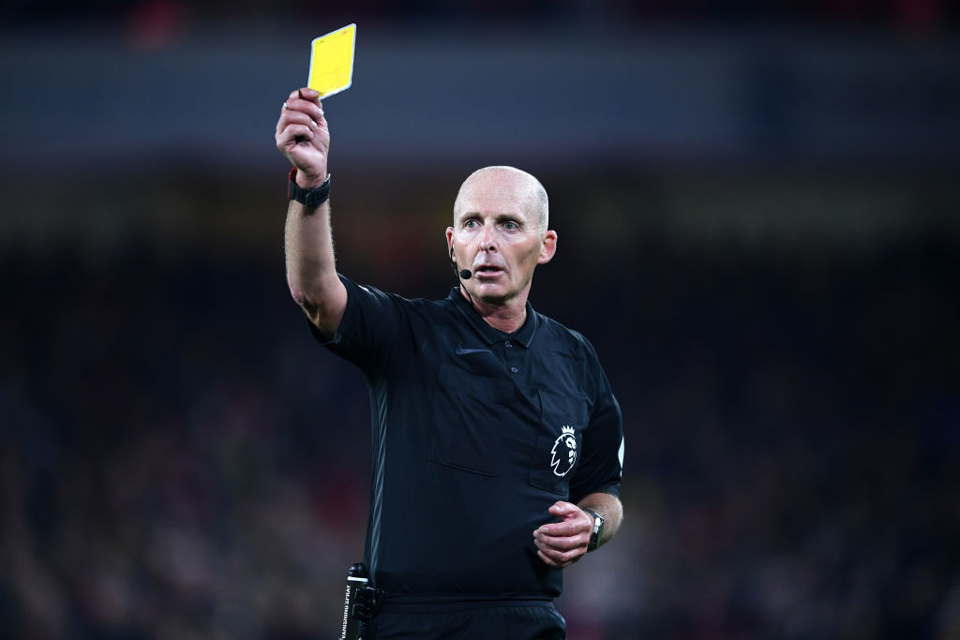 Mike Dean will be the man in the middle on Wednesday evening
By Anthony Eadson
16:41 Tuesday 5th April 2022 - 4 minute read

Burnley welcome Everton to Turf Moor on Wednesday evening in a huge game at the bottom of the Premier League table. Our man @AnthonyEadson has previewed the game for us here at BettingOdds.com and provided his best bets for the action.

Both these sides have ten games remaining to secure their top-flight status for next season and as things stand, Burnley find themselves in 19th, while Everton are four points ahead of the Clarets in 17th just one clear of the drop zone.

March was a miserable month for Sean Dyche’s side as they failed to score a single goal. The Clarets lost all four of their matches, to a combined scoreline 10-0 and will be desperate to turn their form around here with key matches against Everton, Norwich and Watford in April.

Frank Lampard is yet to win over the Everton faithful, and suffered his seventh loss in 11 games as Toffee’s coach after his side went down 2-1 to West Ham at the weekend. Everton have had a man sent off in their last three league matches and will be without key players for this game in Michael Keane, Allan, Donny van de Beek, Andros Townsend, and Yerry Mina.

Neither side can afford to lose this match and although they come into this game on a five game winless run, it’s the home side who are the slight favourites to claim all three points, priced around 6/4 with most firms.

I’m kicking off my selections on Tuesday with a bet builder consisting of Burnley to win or draw the game and both sides to pick up 2+ cards. Paddy Power are top price on this at the moment at 7/4 which looks appealing compared to the 13/10 on show with bet365. There’s no denying that three points here would be priceless for either team but I’m willing to take Burnley in the double chance market considering Eveton’s woeful away record in 2021/2022.

Away from Goodison Park this season Everton have won just one game. Six points on the road in the entire campaign gives them the worst away record in the entire division and on a cold wet and windy night in Burnley on Wednesday, I think the conditions will suit the hosts. Everton are also missing key players for this game and Sean Dyche knows the importance of picking up points against the teams around you in the table on home turf.

Since the turn of the year Burnley have taken a point off Manchester United and claimed all three against Spurs at Turf Moor. Both of those matches were evening kick-offs and I think the Clarets will be bang up for it against Everton.

As mentioned above I think we’ll see some fairly grim conditions in East Lancashire with a wet greasy pitch. I’m hoping this will lead to plenty of cards being shown, especially considering the importance of this match for the two teams. Furthermore, everybody’s favourite referee Mike Dean will be the man with the whistle and although he has been a little shy with the cards this season (3.26 yellows per game), I think we’ll see a healthy haul here. Dean ranked in the top three officials for yellows per game shown in three of the last four seasons and all things considered 7/4 looks a good price.

I’ll also be having a little tickle on two players being carded in the match in Everton’s Mason Holgate and Burnley’s Wout Weghorst. Paddy Power are currently top price on both players picking up a card at Turf Moor equating to an 18/1 double courtesy of the Bet Builder feature.

Holgate is a personal favourite of mine when it comes to card-collecting and last season he was shown nine yellows in just 28 league appearances (0.4 per 90 mins). This term, Holgate has received four yellows and a red in 17 appearances and with him most likely starting in central midfield against Burnley I’m happy to include him in this double.

Paired with Holgate is Burnley’s January signing Wout Weghorst. The former Wolfsburg striker has averaged 1.8 fouls per game since arriving in England and in the 19/20 season he was shown seven yellows in 32 for his former employers. Weghorst has been booked in two of his last three games at Turf Moor and I at 9/2 as a single he looks a little overpriced in this relegation dog-fight.