Burnley vs. Chelsea Predictions: Cards the focus at Turf Moor on Saturday 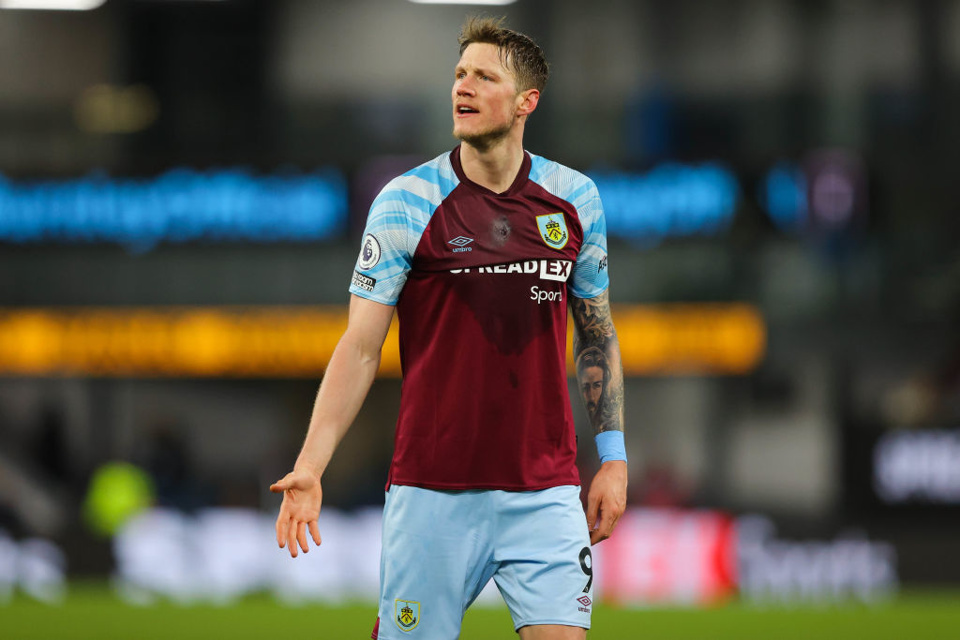 Burnley vs Chelsea Tips: Wout Weghorst could be in store for his second Premier League booking on Saturday
By Luke Hamilton
15:49 Friday 4th March 2022 - 3 minute read

After their Carabao Cup final defeat at the hands of Liverpool through a dramatic penalty shootout, world champions Chelsea head North to face a somewhat rejuvenated Burnley side.

Despite a midweek loss to Leicester, things have picked up for Sean Dyche's side as of late, including draws with Arsenal, Man Utd and Crystal Palace, in addition to victories over Brighton and Tottenham.

In the visitors' case, they find themselves 16 points adrift of Manchester City, having played two games fewer. Although the title may be too far out of reach for them, keeping themselves a considerable distance above the other top-four chasers makes every game important for the Blues.

Here at BettingOdds we've provided you with our two best bets for Saturday's 3pm kick-off, detailing why we're backing each selection and the bookmaker with the largest odds for both.

For our first play I'm going with Chelsea to be brandished exactly one card in the match. Tuchel's side are the joint-sixth most disciplined team in the Premier League, having picked up 42 yellows over 25 matches - an average of 1.68 per game.

Looking at their recent matches - the last six to be exact - just one Chelsea player has been booked in five of these fixtures, with Mateo Kovacic's cynical foul on Mohamed Salah in the dying stages of the Wembley final last Sunday the most recent sample.

It's also worth noting that when these two sides played out a 1-1 draw in November, the bet landed thanks to a Reece James yellow card in the 76th minute.

Sticking on the theme of cards, this second pick is for Wout Weghorst to receive a booking. After the departure of Chris Wood a couple of months back, Burnley's January transfer window signing has helped fill that void.

He might only have a single goal to his name from seven appearances for the Clarets so far, but his heart and desire among other attributes has endeared him to the Turf Moor faithful.

In his 611 minutes of Premier League football, Weghorst has committed 12 fouls. While that might not be an outstanding statistic in itself, the fact that he has made at least one foul in each of his seven games certainly is!

On over half of these occasions, he's given away at least two or more fouls, with the outing vs Man Utd at Turf Moor seeing him commit three without punishment.

The Dutch forward received his first booking in the midweek defeat to Leicester. And with the way that he and Burnley operate, I suspect we'll see plenty more during his time in the North, including another on Saturday.

If that wasn't enough, you only have to look back to his time at Wolfsburg to get a stronger indication of what could be in store for him here. He picked up four cards for the German outfit this season, in addition to three the previous season and seven in the campaign before that!